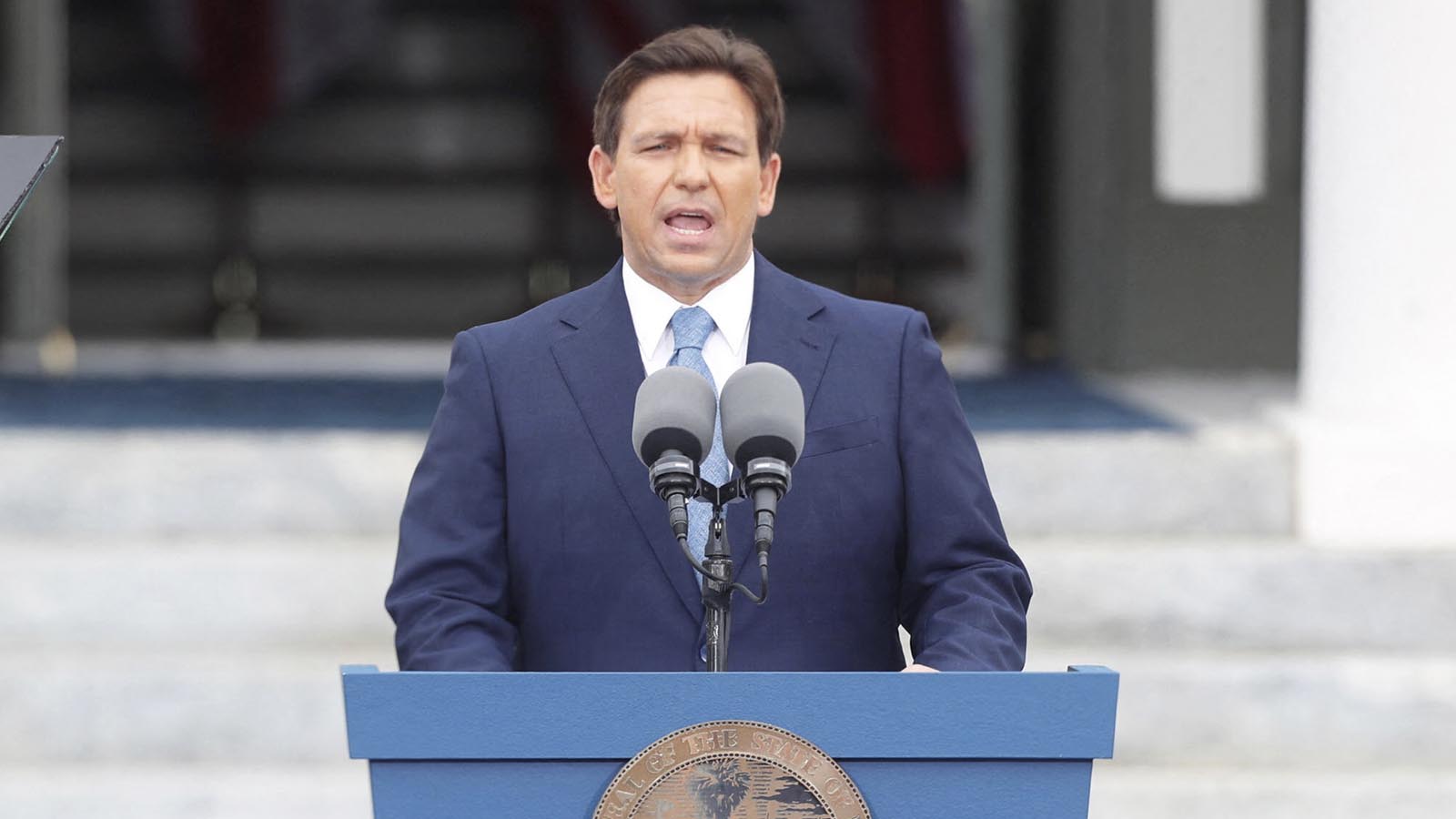 Florida Gov. Ron DeSantis on Friday declared a state of emergency over the migration crisis due to the dangerously high number of encounters at the US-Mexico border, as well as illegal aliens arriving on the state’s shores by boat.

In the official declaration, the Republican governor designated the Director of the Division of Emergency Management as the State Coordinating Officer for the duration of the emergency, who will have the ability to allocate resources that are made available as needed to combat the problem.

As his reasoning for the state of emergency, DeSantis cited the Biden administration’s failure to aid in the crisis at the southern border, allowing a state of “lawlessness.” 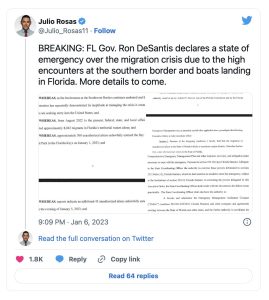 In addition, he brought up an instance from Sunday, New Year’s Day, where about 300 illegal migrants unlawfully entered the Dry Tortugas National Park in the Florida Keys. An additional 45 aliens entered the park on Thursday, he added.

“As the negative impacts of Biden’s lawless immigration policies continue unabated, the burden of the Biden administration’s failure falls on local law enforcement who lack the resources to deal with the crisis,” he said. “That is why I am activating the National Guard and directing state resources to help alleviate the strain on local resources. When Biden continues to ignore his legal responsibilities, we will step in to support our communities.”

A statement from the governor’s office further criticized the administration, calling their response to the crisis “inept.”

“The State of Florida will deploy air assets, including airplanes and helicopters from the Florida National Guard, and will bolster Florida Fish and Wildlife Conservation Commission marine patrol to support water interdictions and ensure the safety of migrants attempting to reach Florida through the Florida Straits,” the statement continued.

The governor also acknowledged Florida’s “long history of helping refugees,” including Cubans and “others fleeing communist regimes,” though these efforts required coordinated support from the federal government.