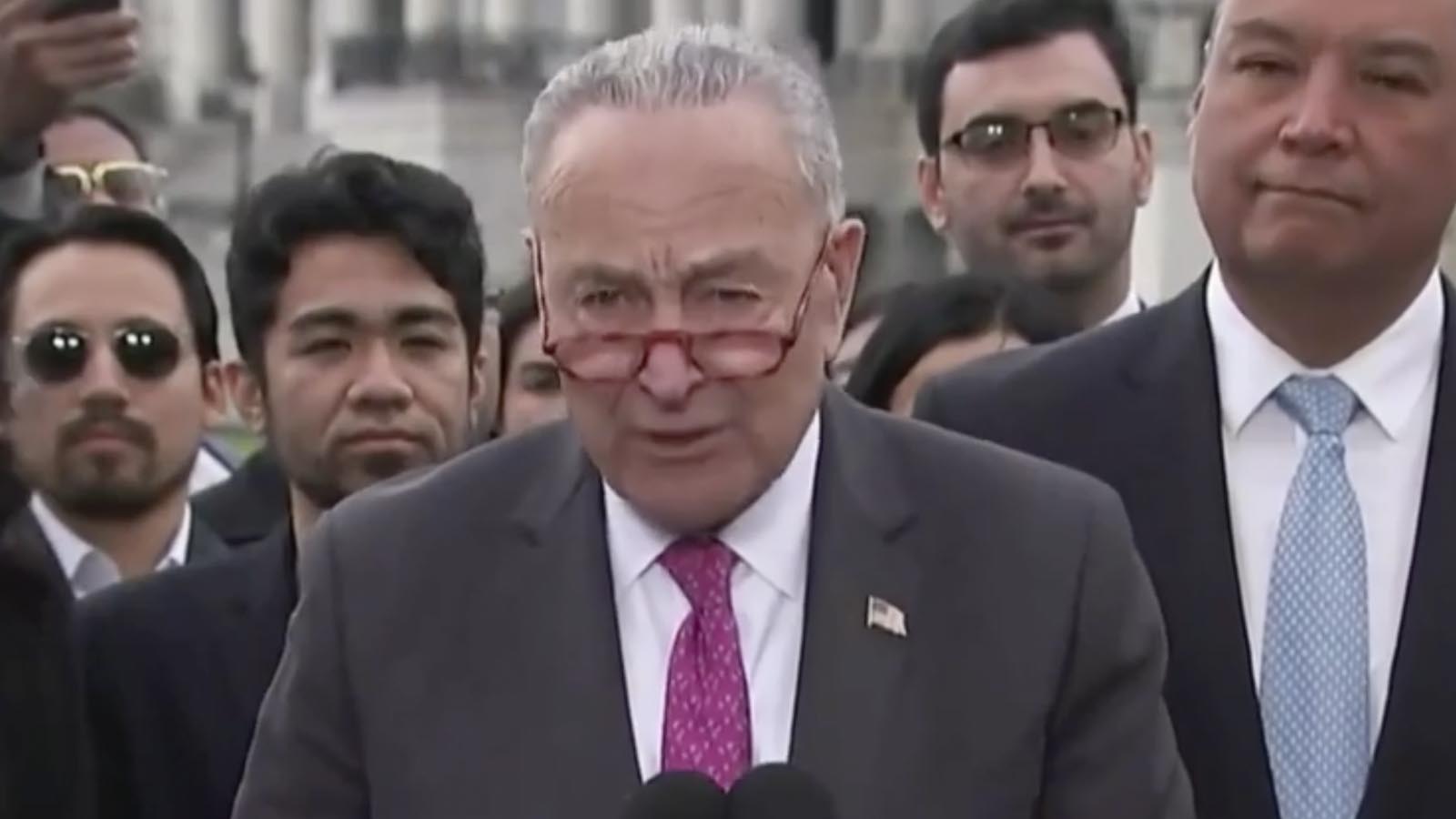 Democrats and immigration activists are looking to get some form of amnesty for illegal immigrants through Congress in the lame duck session before they lose the House of Representatives to Republicans at the beginning of 2023.

Senators and activists held a press conference Wednesday calling for Republicans in the chamber to work with Democrats to pass a version of the DREAM Act, which would grant a path to citizenship for recipients (and those otherwise eligible) of the Deferred Action for Childhood Arrivals (DACA) program.

That program, established by President Barack Obama in 2012, granted protection from deportation for millions of illegal immigrants who came to the U.S. as children. The program was recently dealt a blow when an appeals court upheld a 2021 ruling that prevented further enrollments, which was found to be illegal.

While it does not affect the approximately 700,000 already enrolled, the ruling fueled new pushes for a permanent “fix.” However, the DREAM Act would go beyond that 700,000 with advocates estimating it could give a pathway to citizenship for approximately two million.

Sen. Dick Durbin, D-Ill., said that with Republicans set to take control of the House, time was running out to get legislation passed and demanded action after the Thanksgiving break.

“We know that it’s important in December, that we pass the DREAM Act — December of this year when we return from Thanksgiving — because if the House moves, as we think it might politically, it becomes increasingly difficult after the first of the year to take up this issue. We need to do it now and to do it we need bipartisan support in the Senate,” Durbin said.

Senate Majority Leader Chuck Schumer, however, said that while the short-term goal was the DREAM Act, the ultimate goal is much broader, but that would wait for the next Senate.

“We have a population that is not reproducing on its own with the same level that it used to,” Schumer said. “The only way we’re going to have a great future in America is if we welcome and embrace immigrants, the dreamers and all of them, because our ultimate goal is to help the dreamers, but get a path to citizenship for all 11 million or however many undocumented there are here. And we will be pursuing that in the next Senate.

“Right now, our focus is on dreamers.”

The press conference coincided with a push by advocacy groups on Capitol Hill. FWD.us, an advocacy group established by Meta CEO Mark Zuckerberg, said in a release that “hundreds of advocates and DACA recipients from around the country flew to Washington, D.C., to meet with over 100 members of Congress” to urge passage of legislation.

That comes after a coalition of business leaders from firms like Apple, Amazon, Target, Meta, Starbucks and the U.S. Chamber of Commerce urged congressional leaders last month to “swiftly pass legislation” on the issue.

How Republicans will respond remains unclear. While a number of Republican senators have long expressed interest in a deal that would see border security measures implemented in exchange for some form of DACA legislation, it comes as the U.S. remains in the middle of a massive border surge, something Republicans have said needs to be fixed before pathways to citizenship can be discussed.

There were more than 2.3 million migrant encounters in fiscal year 2022 and over 230,000 in October alone. Republicans have hammered the Biden administration for its handling of the crisis, blaming it for incentivizing illegal immigration. Prior efforts at various levels of amnesty by Democrats during the Biden administration have failed to pick up any Republican support.

Should no deal come through by January, Republican control of the House may doom any potential deal. House GOP Leader Kevin McCarthy has repeatedly pledged there will be “no amnesty” with a Republican House.

This week, Republican Study Committee Chair Jim Banks told Fox News Digital Republicans must “do everything we can” to make sure amnesty in any form is not passed.

“Democrats were afraid to push amnesty ahead of the midterms because it’s wildly unpopular,” Banks said after the Democratic press conference. “But they calculated that amnesty will be old news by 2024, and they’re counting on the millions of new voters to return their favor.”