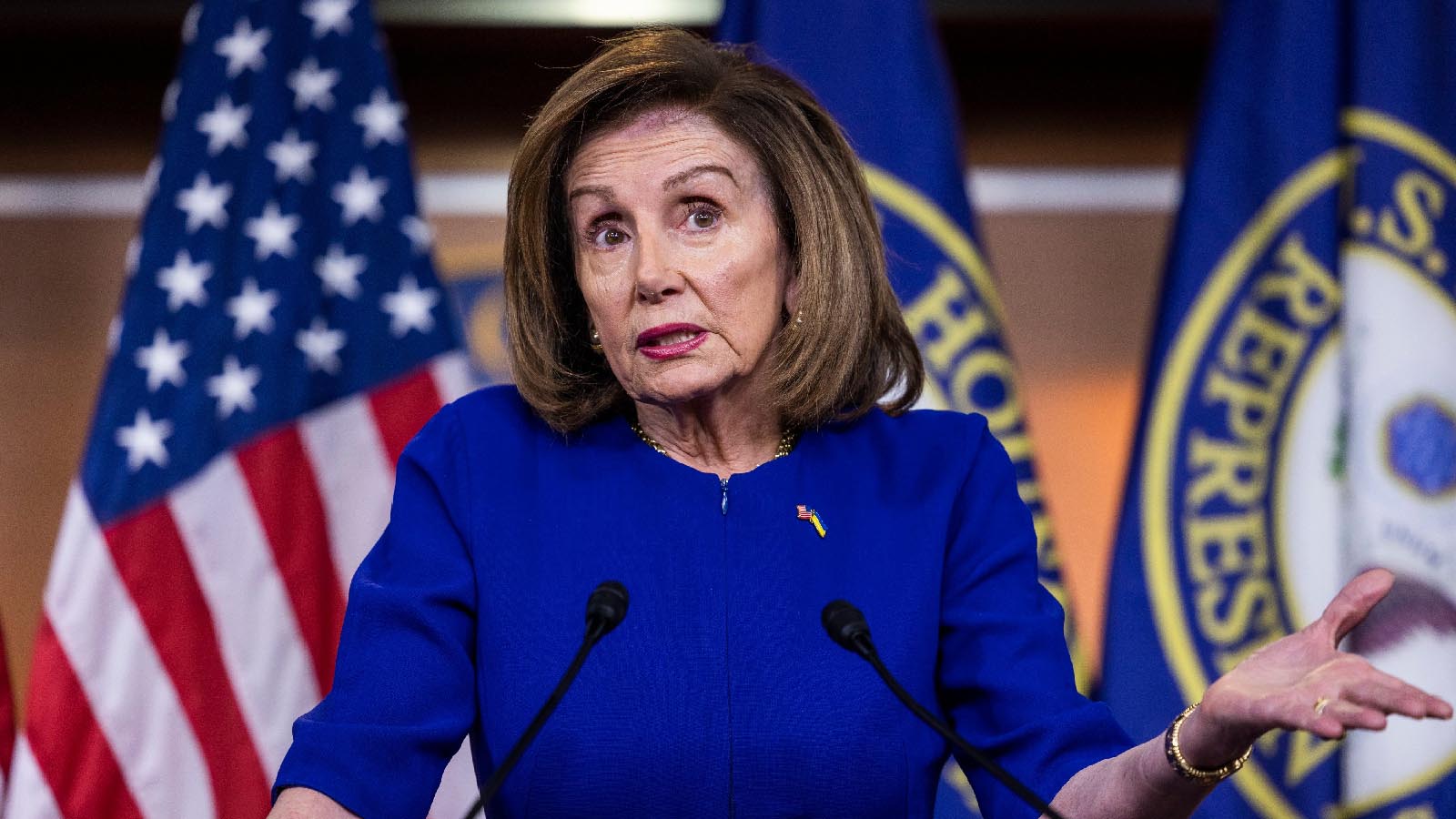 Political junkies’ attention has been focused on the latest batch of primary election results this week, but just beneath the surface, huge and damaging fissures appear to be opening up among embattled House Democrats.

For months, the conventional wisdom has held that 2022 is going to be a bad cycle for the ruling party and that Republicans were virtually guaranteed to win a majority in at least the lower chamber of Congress in November. The big question has been, how bad will it get for the Dems?

It seems as though quite a few Democrats are waking up to the reality that the likeliest answer at this stage is, very bad. The “precriminations” are spilling out into the open. The entity in charge of protecting the House majority is the Democratic Congressional Campaign Committee, or DCCC. Its chairman is having a very bad week.

Let’s flash back to the New York Supreme Court (comprised entirely of Democratic appointees) throwing out state Democrats’ ludicrously gerrymandered, and clearly illegal, redistricting map a few weeks ago. The newly-unveiled, would-be Empire State map, which was drawn independently – as required by a state constitutional amendment that Democrats successfully pushed for, then tried to abandon for purposes of political expediency and power – is looking … less auspicious for their electoral prospects. To put it mildly:

BREAKING: the new NY map proposed by court-appointed special master Jonathan Cervas leans into competitiveness. As opposed to the struck 22D-4R gerrymander, this map is more like 15D-5R and six highly competitive seats (at least for 2022). pic.twitter.com/Q08dKiQKSn

Sean Patrick Maloney warned Dems in a private meeting this month that a ruling to invalidate NY's D-leaning cong map could prompt “an extinction-level event," per people familiar.

This week, it came to pass, and the DCCC chair is in the thick of ithttps://t.co/zTDU6qPGMc…

Which re-centers the discussion upon DCCC Chairman Rep. Sean Patrick Maloney, who has declared that he intends to run in a heavily Democratic district, rather than a somewhat competitive one. This “tells you everything you need to know about what he thinks November is looking like,” one GOP analyst tells me. No kidding. Maloney’s job is to lead the entire party to victory. He’s now in full-blown self-preservation mode, scrambling to save his own skin – and ticking off people in his home state and beyond. Disarray:

New: Rep Mondaire Jones (D) to me on SPM’s decision to run in #NY17

👀🚨 “At least a dozen members, mostly from swing districts, are even raising the prospect of trying to depose @spmaloney from his post as @dccc chair, according to multiple people familiar with the discussions.”https://t.co/YkKcMwMOMW

House Democrats could find themselves picking sides in a deeply uncomfortable primary this summer: their campaign chair versus a Black freshman. And a growing swath of the caucus is blaming its midterm chief, Rep. Sean Patrick Maloney, for the predicament. Maloney’s decision to abandon a newly redrawn version of his current swing district — and instead run for a seat that includes most of Rep. Mondaire Jones’ turf — is raising private concerns from across the party that the Democratic Congressional Campaign Committee chief has put himself in an inappropriate scenario: leading the party’s midterm strategy while potentially battling a fellow member…Unlike typical midterm gripes about the party chair, the Democratic worries over Maloney’s move run the ideological gamut, according to conversations with nearly two dozen lawmakers and senior aides. But many lawmakers say they’re unable to raise that issue publicly, given that Maloney and his team decide how much the DCCC will spend in individual battleground races…At least a dozen members, mostly from swing districts, are even raising the prospect of trying to depose Maloney from his post as DCCC chair, according to multiple people familiar with the discussions. Several are so determined that they have sent messages to members of leadership, including Democratic Caucus Chair Hakeem Jeffries (D-N.Y.), making a doomed push for Maloney to step down.

Do you think, say, this sort of thing might have spooked Maloney into pursuing the safer seat? And that might be contributing to Democrats’ broader flop sweat and anger?

Punchbowl News: DCCC internal polling “finds that in battleground districts, the generic Republican is beating the generic Democrat, 47-39, according to lawmakers, multiple party officials and the DCCC.”

-Members furious with SPM, some warn they’ll call for him to step down at DCCC if he challenges Mondaire Jones

-Their latest polling has Dems down 8 on the generic

-The votes still aren’t there on price gouging bill

Much more this morning: https://t.co/gza5Kl2pjU

Down eight points within battleground districts. In their own polling. Which means that some “tossup” races are just gone for them, and other “reach” races for Republicans may very well be on the board. And if battleground congressional races mirror Senate battlegrounds, the DSCC must also have bad indigestion right about now. The election is a little more than five months away. I can understand why House Democrats might be tempted to funnel their anxiety and rage at the DCCC chairman. Scapegoating is a human instinct, and he doesn’t appear to be doing the party any favors. But the fundamental problem is the Democratic Party itself. Voters strongly dislike the party in power, whose elected members have themselves up for an electoral bruising through their extremism, incompetence, and unpopular governance:

And if they continue to cling to the hope that abortion politics will save them, here’s yet another poll demonstrating that public sentiment does not even come close to aligning with their radical “unlimited abortion” stance – which is shared by about 12 percent of Americans, according to this survey:

New @trafalgar_group/@COSProject poll (5/6-8) shows 57.6% of Americans believe abortion should either be illegal entirely or after a fetal heartbeat detected.

Only 11.6% believe abortion should be legal at any point.#RoeVWade

I’ll leave you with a thought. Perhaps they’ll stop the bleeding by winning back Hispanic voters. Progressive activists must be making strong inroads by insisting upon using a made-up term that is preferred by a whopping one percent of actual Latinos, even in a place like Los Angeles:

Ay caramba. Or is it appropriation to use that exclamation?