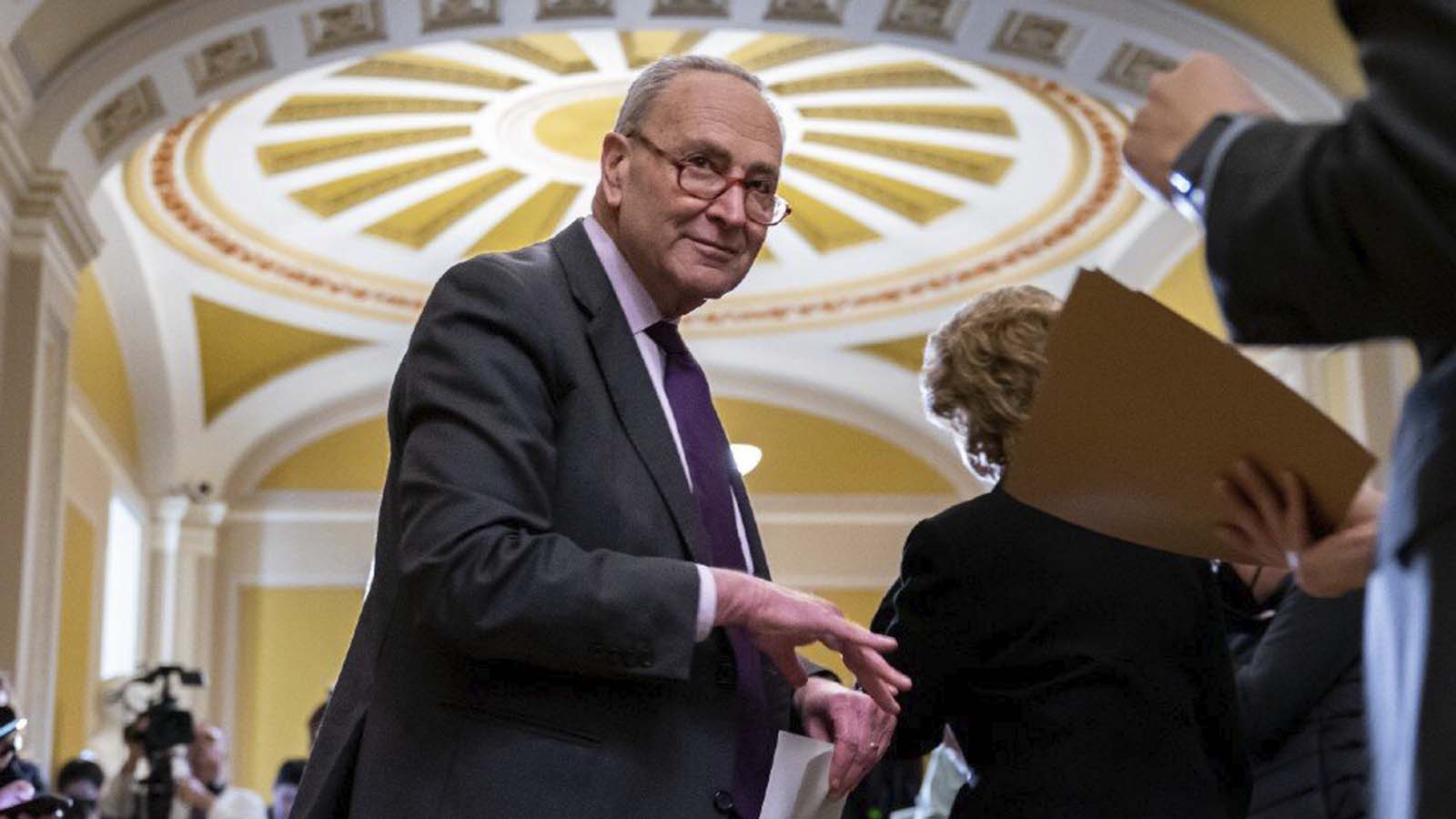 There’s a lot to unpack in the $1.7 trillion omnibus that proved to be the Republican Party’s last gift to us to close out the year: complete surrender to liberal action items. The legislation is over 4,000 pages, ensuring that no one read this pork-stuffed liberal novel. It does nothing to ameliorate the crisis on the southern border, one of the country’s most pressing domestic issues, besides the economic recession and high inflation crippling America’s working families. It gave billions to the Internal Revenue Service to finance its targeted harassment of Americans’ Venmo activity. The Republican Party gave their seal of approval. And now, there’s a new election law that is par for the course for a political party still triggered by January 6 (via NBC News):

The legislation also includes a rewrite of an 1887 federal election law to close loopholes that then-President Donald Trump and his team sought to exploit on Jan. 6, 2021, to make it harder for presidential candidates to steal elections. It would also grant extra funds to the Justice Department for Jan. 6 prosecutions.

Schumer said the election measures in the bill would “preserve our democracy for generations to come.”

Trump said it was “probably better” to reject the election changes.

“I don’t care whether they change The Electoral Count Act or not, probably better to leave it the way it is so that it can be adjusted in case of Fraud,” he wrote on his social media platform, arguing that the desire in Congress to clarify the law validates his belief that the vice president had the power to overturn the 2020 result.

Proponents of the changes say that the 1887 law is poorly written and that it was never intended to give the vice president such power — and that the new legislation would make that abundantly clear.

“It’s going to stop the kind of stuff we saw on Jan. 6, where a sitting president tried to take the election and become dictator of this country,” Sen. Jon Tester of Montana, a moderate Democrat, said Wednesday on MSNBC’s “Morning Joe.” “It’s an important piece of legislation that was worked on in a bipartisan way.”

How the media covered this portion of the spending legislation was even more of an atrocity, declaring the election law tweak necessary to deter coup attempts. That’s not hyperbole—it’s what NBC News called it: “Preventing future coup attempts.”

The election legislation attached to the funding bill would close loopholes in federal law that Trump and his allies sought to exploit on Jan. 6, 2021, to stay in power despite his election loss to Biden.

It would revise the 1887 Electoral Count Act to clarify that the vice president’s role is simply to count votes, and it would raise the threshold to force a vote to object to a state’s electoral votes from one member of the House and Senate to one-fifth of each chamber. It would also beef up laws involving state certification of elections, in an attempt to avoid future competing slates of electors, and smooth the presidential transition process.

The election measure was announced in July by a bipartisan group led by Sens. Susan Collins, R-Maine, and Joe Manchin, D-W.Va. It has 38 sponsors in the Senate, including 16 Republicans. It is backed by McConnell, who said in September that the “chaos that came to a head on Jan. 6 of last year certainly underscored the need for an update” to the 1887 law. It passed committee with some revisions by a vote of 14-1 this fall, opposed only by Sen. Ted Cruz, R-Texas.

“The Electoral Count process was never meant to be a trigger point for an insurrection and that is why we are reforming it,” Sen. Amy Klobuchar, D-Minn., the chair of the Rules Committee, said Tuesday.

We shouldn’t be shocked by what’s been logrolled. Omnibus bills have become a fancy, elegant way for Congress to screw over the American taxpayer—and both parties are responsible for this due to the perpetual inability to pass a budget. I wish we could pass a budget that could get 60 votes in the Senate, but it seems we’re stuck in the continuing resolution era. I’m not saying anything new—it is what it is. After a disastrous midterm cycle, I just thought that the Republican Party would take a more hardline stance and not roll over as quickly as they did with this omnibus bill, which Mitch McConnell chalked up as a win for conservatives. It still makes me double-take when the Kentucky Republican described the legislation as a shining light of bipartisanship, showing that GOP initiatives can be worked into bills under a Democratic Congress.

I’ll leave that one for you guys to debate below, but it might be time for new leadership.