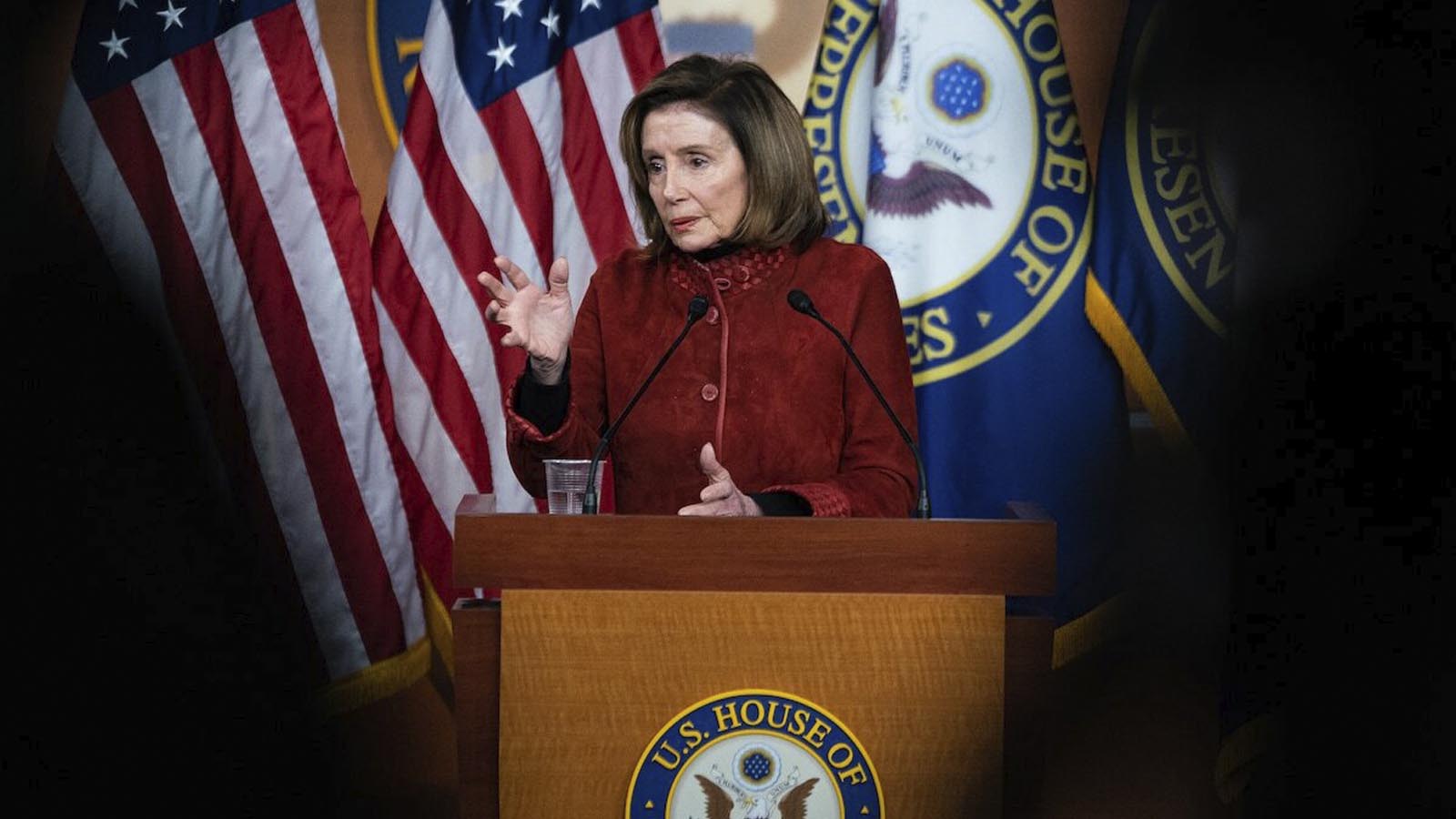 The Democrat-led Congress is giving a parting gift to House Speaker Nancy Pelosi as her long tenure as the party’s leader in the lower chamber comes to an end.

The 2023 omnibus spending bill contains a provision that renames a federal building in California after the 82-year-old congresswoman.

Republican Rep. Dan Bishop of North Carolina pointed out that the outgoing speaker was so honored in a Tuesday tweet.

“$65 million in two programs for Senator Leahy, and a federal building named for Nancy Pelosi,” he said, referring to Democratic Sen. Patrick Leahy of Vermont.

$65 million in two programs for Senator Leahy, and a federal building named for Nancy Pelosi.

The provision that renames the San Francisco Federal Building the “Speaker Nancy Pelosi Federal Building” is tucked 610 pages deep in the $1.7 trillion omnibus bill — which clocks in at a whopping 4,155 pages in total.

Pelosi herself will have the opportunity to sign off on naming a federal building in her honor when the House takes up the omnibus bill. She’ll no longer be the speaker when the new Republican majority takes effect, although she’s indicated she’s not retiring from Congress.

Democrats such as Lyndon B. Johnson and Franklin D. Roosevelt can point to the Great Society and New Deal programs as their political accomplishments. (Although most conservatives don’t see these big government programs as accomplishments, obviously.)

The concept of politicians voting to memorialize themselves offends the traditional American concept of public service.

It’s reminiscent of an ancient king or emperor constructing a statue in his own honor.

Buildings named in memory of elected officials should be a matter reserved for those that follow them in the decades to come.

Yes, Pelosi isn’t getting a life-sized statue on the National Mall, but there’s something not quite right about the arch-Democrat voting to rename a federal building in her own honor.

Lincoln and Jefferson didn’t need to lobby for their own historical legacies and were long dead by the time they were memorialized.

Their accomplishments proved worthy of history without their own thumbs on the scale.

Pelosi is the first woman to become the speaker of the House. That’s not without historical significance.

But her pat on the back while she’s still in office simply makes it seem like it would be an afterthought if she were no longer in the grand picture of American politics.

The most glorious legacies in American history are reserved for those who deliver results for the people, not themselves.