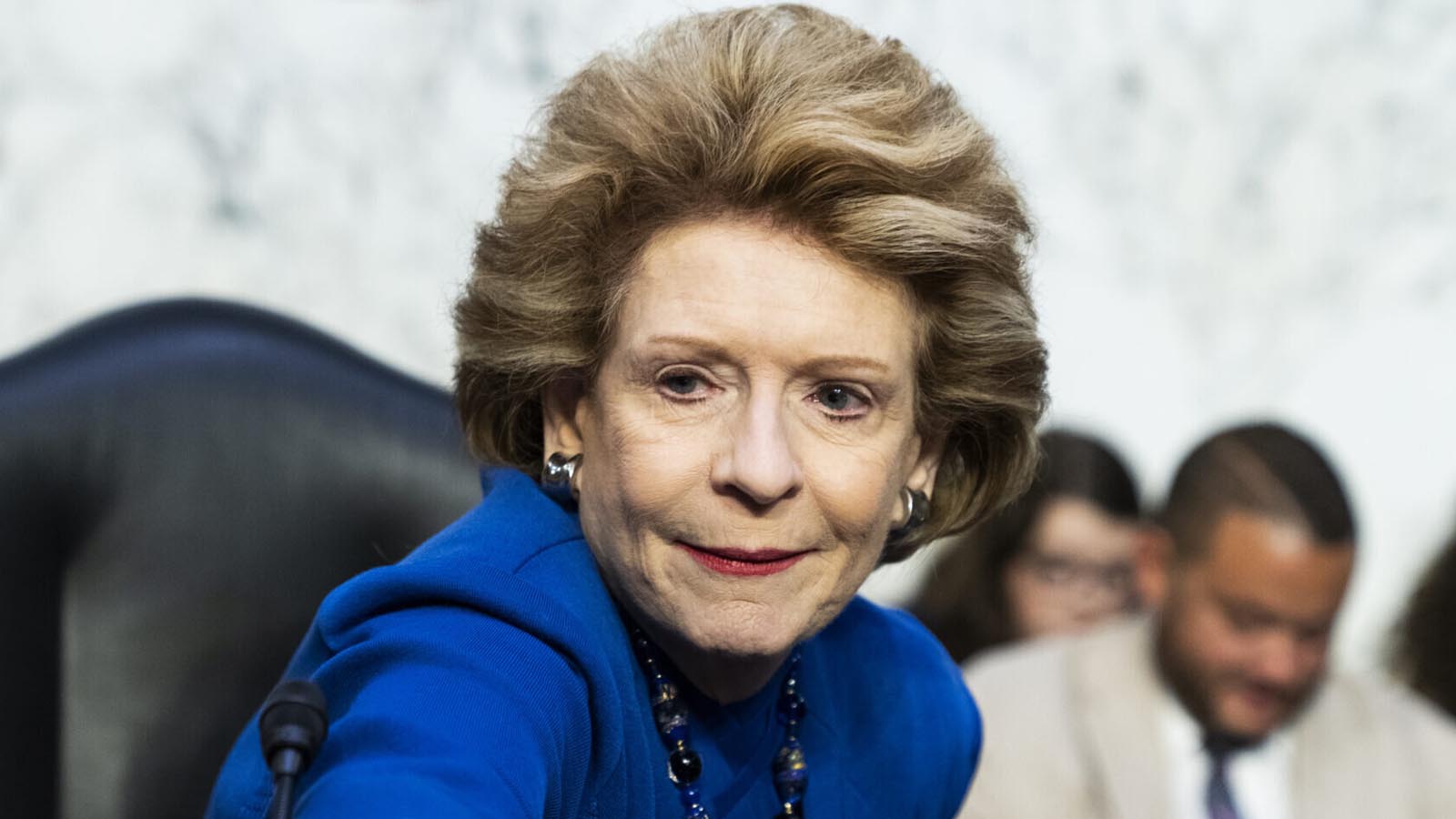 Sen. Debbie Stabenow (D-Mich.) announced Thursday that she would not seek re-election to a fifth term in 2024, saying it was time for a “new chapter” in her life.

Stabenow, 72, the senior senator from the Wolverine State, said in a statement that she had “decided to pass the torch” but would be “intensely focused” on her legislative work for the next two years.

“I am so grateful for the trust the people of Michigan have placed in me,” said Stabenow, adding that she would continue to “serve our State outside of elected office while spending precious time with my amazing 96-year-old mom and my wonderful family.”

Stabenow’s departure opens up a Senate seat in a key battleground state during a presidential election year.

Transportation Secretary Pete Buttigieg, who moved to Michigan after losing his bid for the Democratic nomination for president in 2020, was also said to be a possible contender.

Buttigieg issued a statement to NBC Thursday calling Stabenow “a force in the Senate” who “fights every day to make life better for Michiganders and all Americans,” while adding that he was “not seeking any other job.”

Possible Republican candidates for the seat could include Rep.-elect John James, whose efforts to challenge Stabenow for the seat in 2018 fell short. 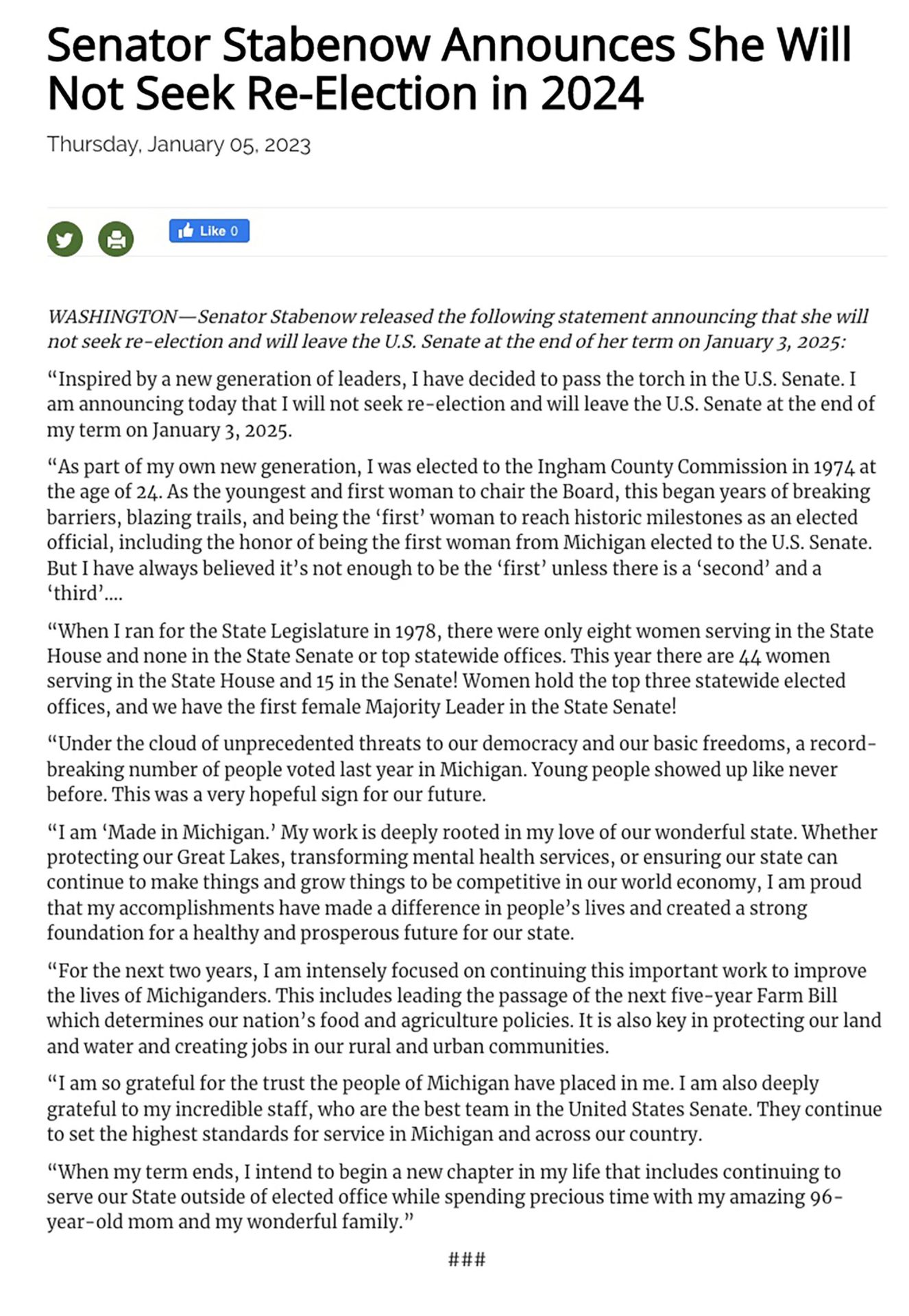 “Senate Democrats don’t even have a campaign chair yet and they are already dealing with a major retirement,” National Republican Senatorial Committee spokesman Mike Berg said in a statement. “We are going to aggressively target this seat in 2024. This could be the first of many Senate Democrats who decide to retire rather than lose.”

Democrats are defending 20 of the 34 Senate seats currently up for grabs in 2024, with three more seats held by Democrat-aligned independents Angus King of Maine, Bernie Sanders of Vermont and Kyrsten Sinema of Arizona — leaving the party with an uphill battle to hold on to its 51 seats.