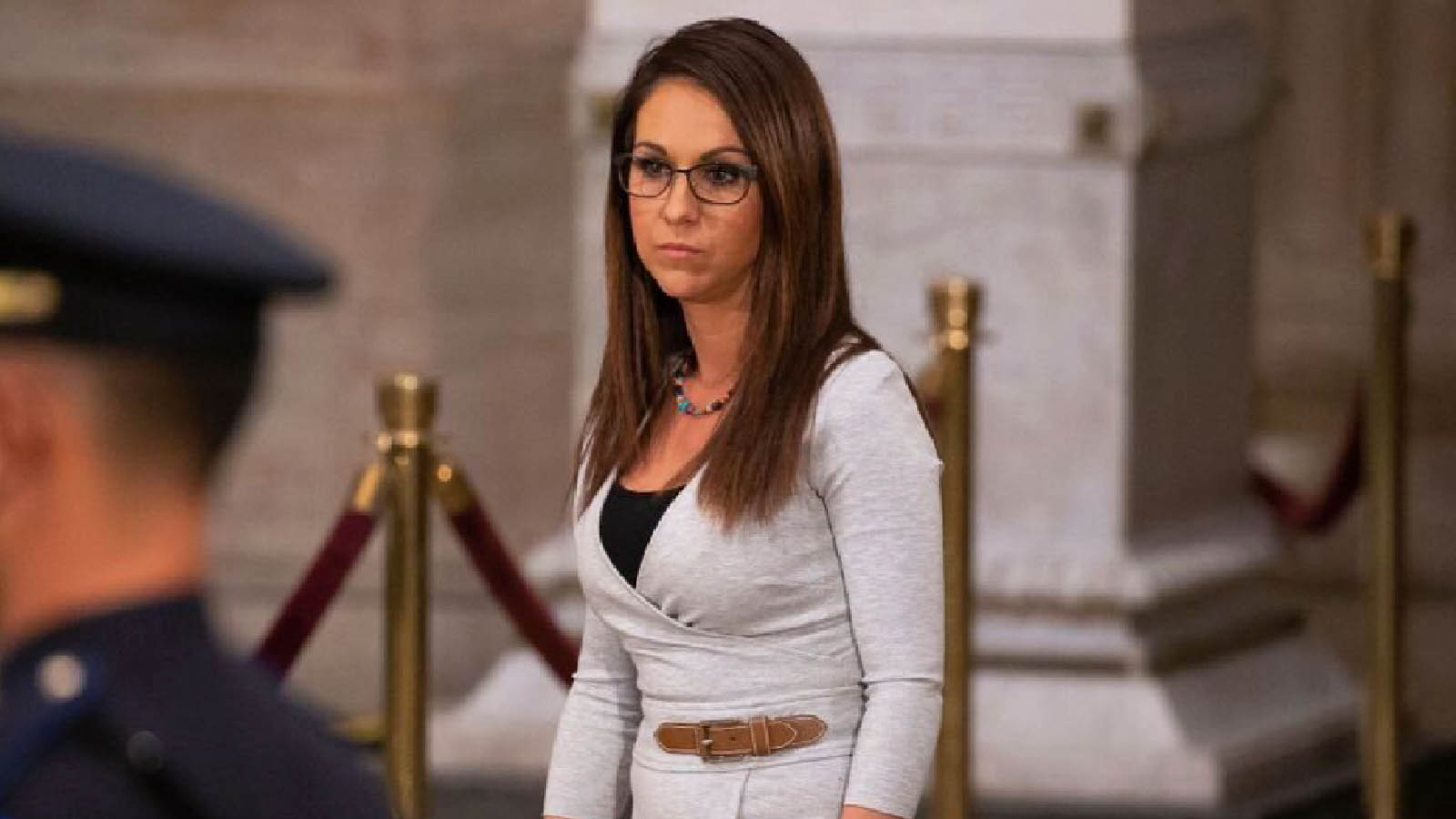 A Florida man has been arrested and charged with five felonies for threatening to kill Rep. Lauren Boebert.

Matthew Comiskey, a self-described “lib,” was arrested in Palm Beach on Friday over the tweeted threats.

Tweets to the congresswoman included “don’t come to Florida. Us libs have big guns here and we stand our ground. Take you down like Trayvon,” and “if I ever saw Lauren I’d be glad to take her out and go to prison. Would be job well done.” 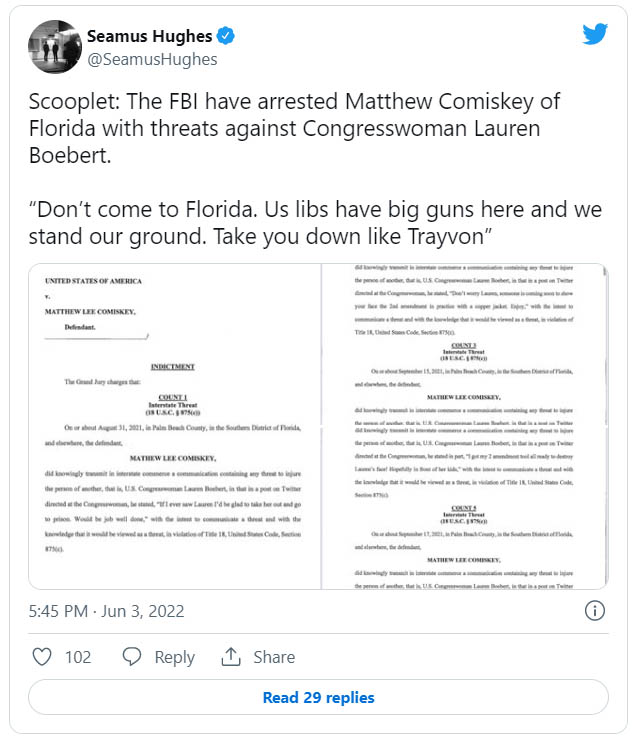 Comiskey tweeted in September, “Don’t worry Lauren, someone is coming soon to show your face the 2nd amendment in practice with a copper jacket. Enjoy.” Other tweets included saying that she should be “put down.”

“Someone needs to put Lauren down like a sick dog,” he said, according to the indictment. “She is a true waste of life. Someone exercise their 2nd amendment right to her face!”

According to a report from Mediaite, Comiskey’s bond was set at $50,000 on Friday and he is scheduled to be arraigned Wednesday.