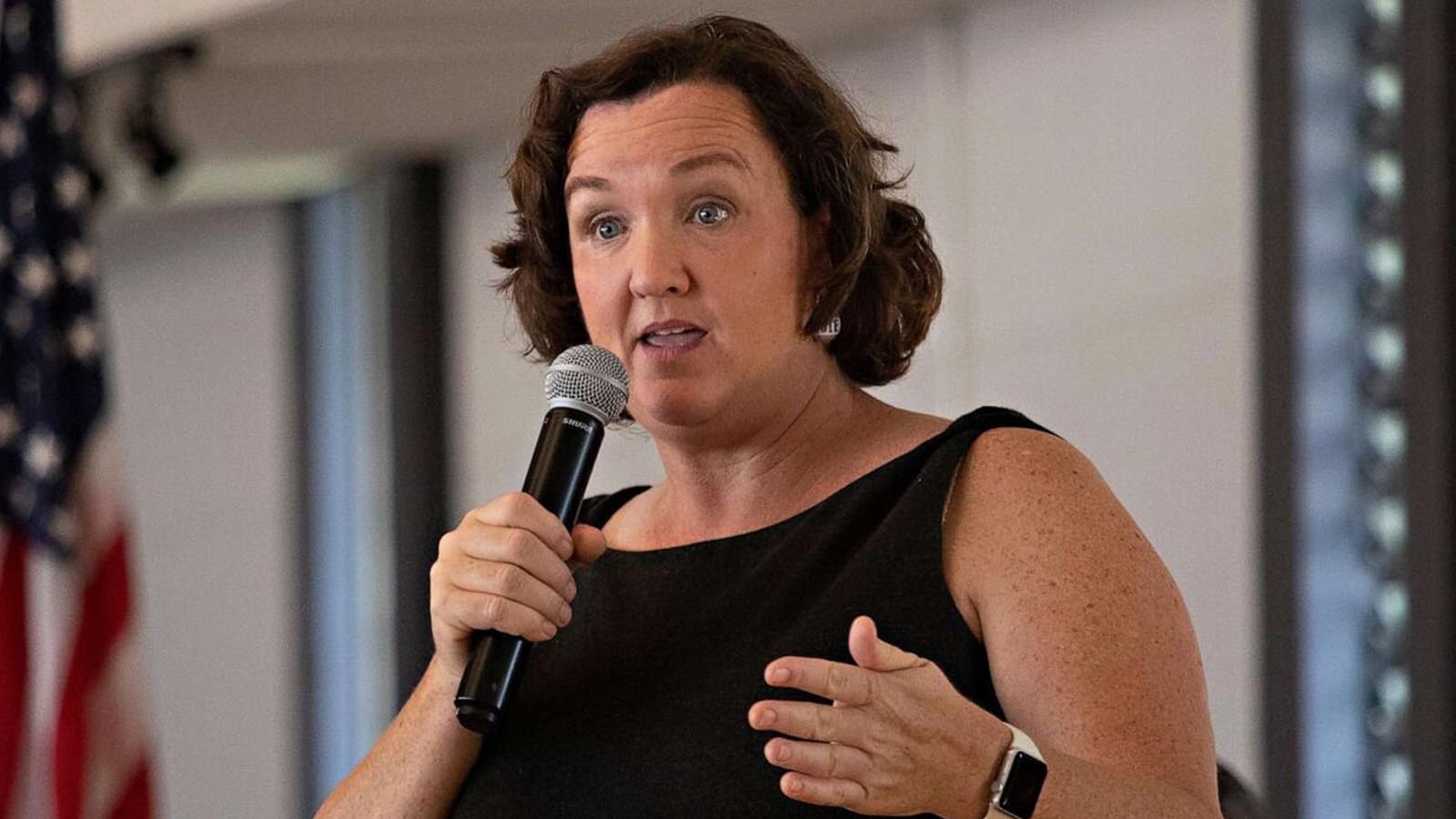 The announcement comes before Democratic Sen. Dianne Feinstein, who has represented California in the Senate since 1992, has made any announcement about whether she will seek re-election in 2024 when her current term expires.

Feinstein, who at age 89 is the oldest serving senator, is widely expected to announce in the coming months that she won’t seek another term in office.

In a clip shared to social media, Porter, who won re-election to her House seat in the November midterm elections, said: “We’re living through a time of extraordinary change. I’m Katie Porter. Change can be electrifying and exhilarating, but change can also be disruptive — like the constant assault on our democracy and the dangerous imbalance in our economy.”

California needs a warrior in the Senate—to stand up to special interests, fight the dangerous imbalance in our economy, and hold so-called leaders like Mitch McConnell accountable for rigging our democracy.

Today, I'm proud to announce my candidacy for the U.S. Senate in 2024. pic.twitter.com/X1CSE8T12B

“The threat from so-called leaders like Mitch McConnell has to often made the United States Senate the place where rights get revoked, special interests get rewarded, and our democracy gets rigged, especially in times like these,” she added.

Pointing to herself as a voice for residents in California, Porter said California “needs a warrior in Washington.”

“I don’t do Congress the way others often do,” she claimed in the video message. “I use whatever power I have to speak hard truths to the powers that be — to not just challenge the status quo, but call it out, name names, and demand justice.”

Porter represents California’s 47th Congressional District, a coastal seat which stretches from Long Beach south into Orange County in the southern part of the state.

The congresswoman, a former law professor who was paid more than $285,000 one year during her time at the University of California, Irvine, is also vowing to take on “Wall Street and the big banks, big oil, and Big Pharma.”

First elected to Congress in 2018, Porter also noted in the clip that she refuses to “accept corporate PAC and lobbyist campaign money.”

“I don’t want it,” she said. “And I’m leading the fight to ban congressional stock trading because it’s just wrong.”

Porter was quickly endorsed by the Progressive Change Campaign Committee (PCCC), a leading political group on the left.

While Porter’s the first to announce, she’s far from the only prominent California Democrat interested in running for Feinstein’s Senate seat.

Rep. Adam Schiff has said he’s mulling a bid, and Rep. Barbara Lee is also seen as another potential contender, in what could turn into a combative Democratic Senate primary.

But Porter appears to be well positioned, thanks to her strong fundraising efforts.

Porter had $7.7 million in her campaign coffers after a hard fought re-election victory in November over Republican Scott Baugh. She hauled in more than $25 million in fundraising during the 2022 cycle.

The winner of the party’s 2024 Senate nomination will be considered the clear favorite in the general election in the heavily blue state of California.