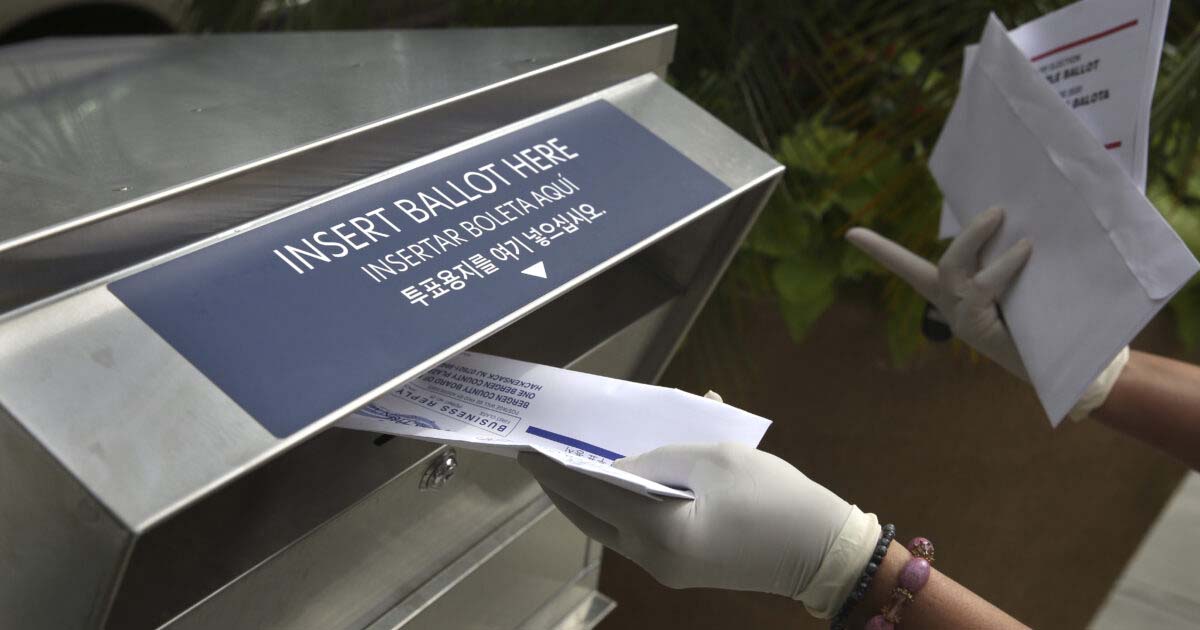 The court unanimously ruled against the laws in October—preventing no excuse required mail-in voting and same-day voter registration from being used in the Nov. 8 general elections—but didn’t make public a full opinion explaining its reasons until Dec. 16.

Before that, on Sept. 14, the Court of Chancery of Delaware found that the state’s mail-in voting practices violate the Delaware Constitution, The Epoch Times reported.

Christian Adams, president of the Public Interest Legal Foundation (PILF), who brought the lawsuit, hailed the decision in a statement to The Epoch Times.

“This was a monumental victory in the election integrity space,” said Adams, a former U.S. Department of Justice civil rights attorney.

“This is the first time a state Supreme Court has invalidated an election statute,” he said. “This law violated the plain text of the Delaware Constitution. Today’s opinion is a victory for the rule of law in elections.”

Ken Blackwell, a PILF board member and former Republican secretary of state for Ohio, added that “election integrity should be an issue all Americans can support.”

“The fact that this might be the first time a state supreme court has struck down a state election law highlights the perilous times we are in, where partisan politicians are willing to cross lines that have never been crossed, willing to seize and keep power at all costs,” Blackwell said in the statement.

PILF describes itself as “the nation’s only public interest law firm dedicated wholly to election integrity.”

The nonprofit organization “exists to assist states and others to aid the cause of election integrity, and fight against lawlessness in American elections.”

The Democratic-controlled Delaware General Assembly hurriedly passed the voting-by-mail law this past June after failing to secure enough Republican support to amend the state constitution to enshrine the policy.

Lawmakers previously approved a separate voting-by-mail law during the pandemic in 2020, invoking emergency powers that allowed the statute to escape the usual constitutional scrutiny.

Republicans across the country, including then-President Donald Trump, were critical of mail-in voting measures enacted at the height of the pandemic and accused election officials of ignoring federal and state constitutions by allowing it.

They claim this departure from the usual election procedures allowed Democrats to allegedly cheat.

But in this case, Delaware lawmakers didn’t reference any emergency-based justification when passing the new laws, which gave state courts greater leeway to rule they were unconstitutional.

In the new decision, Justice Gary Traynor, a Republican, recounted that Gov. John Carney Jr., a Democrat, signed laws on July 22 changing the registration deadline from the fourth Saturday before the date of the election to the actual day of the election, and allowing all state voters to cast their ballots by mail whether or not they are able to appear at a polling place.

“[N]either of the newly enacted laws passes muster under the Delaware Constitution,” Traynor wrote in the new 72-page opinion.

The Epoch Times has reached out to State Election Commissioner Anthony Albence, who was a defendant in the legal proceeding, and to Delaware Attorney General Kathy Jennings, a Democrat who defended the law in court, for comment.