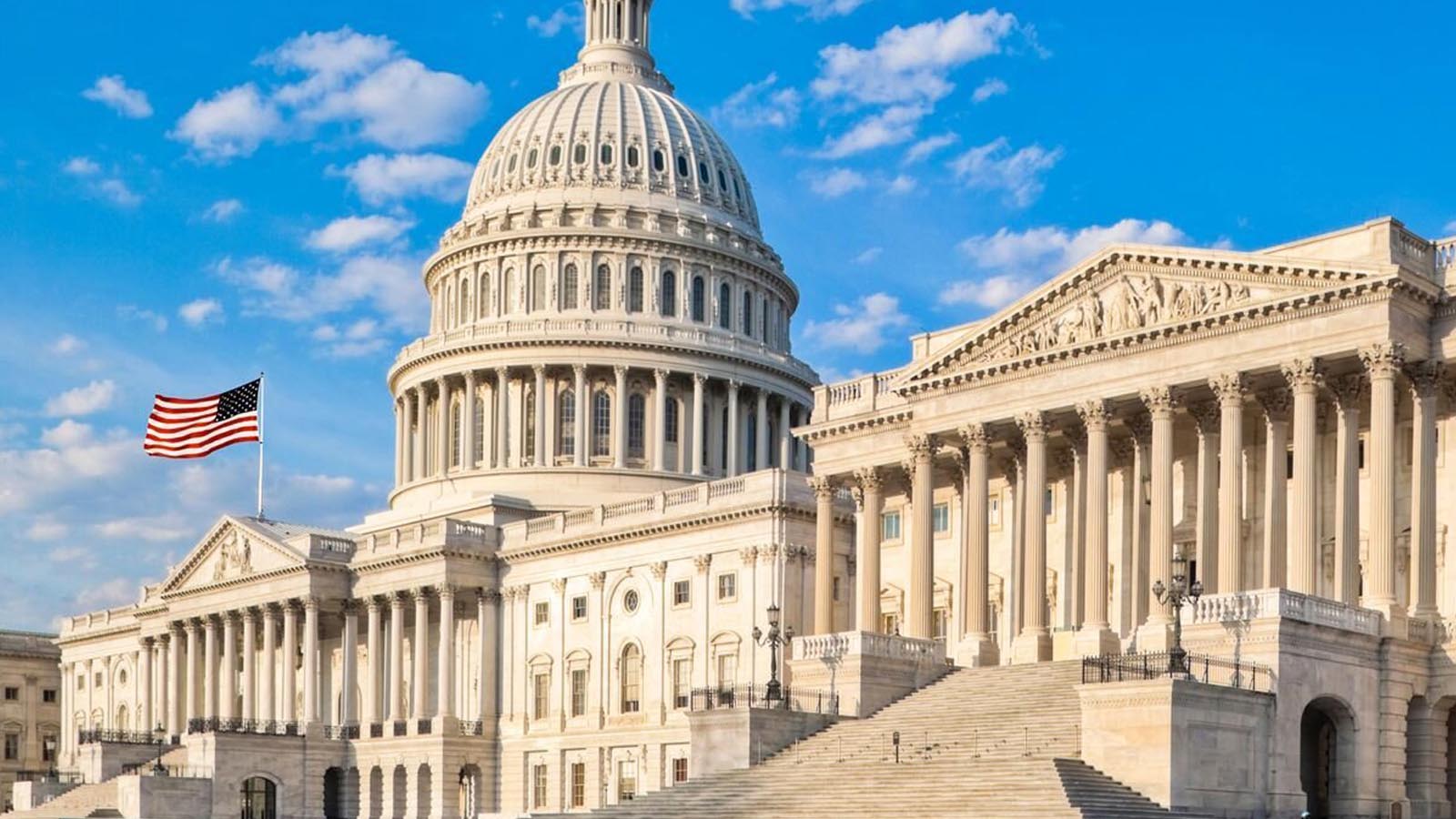 Townhall’s official election results partner — released its latest projection for the midterm elections just more than one week away and it reflects the momentum for Republican candidates that Townhall has reported in the final weeks of the 2022 cycle.

Specifically, for the first time in 2022, DDHQ projects that Republicans will win majority control of the U.S. Senate on November 8th. The margin is narrow (for now) — 51-49 — but that would be enough to send Chuck Schumer and his fellow Dems back into the minority in Congress’ upper chamber. 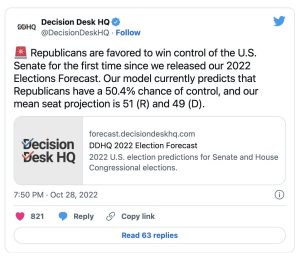 According to the Decision Desk model, U.S. Senate races in Nevada, Georgia, and Pennsylvania are the only remaining toss ups while North Carolina, Ohio, Florida, and Wisconsin are all “Lean” or “Likely” Republican races. Their model has run more than 14 million simulations to find possible election night outcomes, and it now has a 50.4 percent chance that Republicans come out of the midterms with control of the Senate.

One of the biggest signs of GOP momentum is the Senate race in Pennsylvania, where Dr. Mehmet Oz has had the wind at his back in recent weeks, carrying him to a three-point polling lead over Democrat Lt. Governor John Fetterman. In that contest, DDHQ’s model gives Oz a 53.1 percent chance of victory.

Mehmet Oz (R) is favored over John Fetterman (D) in Pennsylvania's U.S. Senate race for the first time. Oz now has a 53.1% chance of winning, but the race remains a toss-up. https://t.co/zGQ6WQkiFL

Depending on how much the current momentum continues to build for the GOP by Election Day, and what the final 10 or so days of the midterm cycle turn into, there’s a chance that Republicans could also add to DDHQ’s current projection of a 51-49 GOP majority.

Their model ranks the Arizona and New Hampshire U.S. Senate races as just “Lean Dem,” but recent polls in Arizona have showed Democrat incumbent Sen. Mark Kelly tied with GOP challenger Blake Masters, and Kari Lake’s 11-point lead in the governor’s race could lift Masters even further in a state-wide red wave of her own making.

And in New Hampshire, incumbent Sen. Maggie Hassan is up just 3.4 points in her race against Republican challenger Don Bolduc.

Meanwhile on the other side of the Congressional races, DDHQ’s model currently puts the odds of Republicans taking control of the House of Representatives away from Speaker Pelosi at 76.7 percent, forecasting a 230-205 GOP majority.