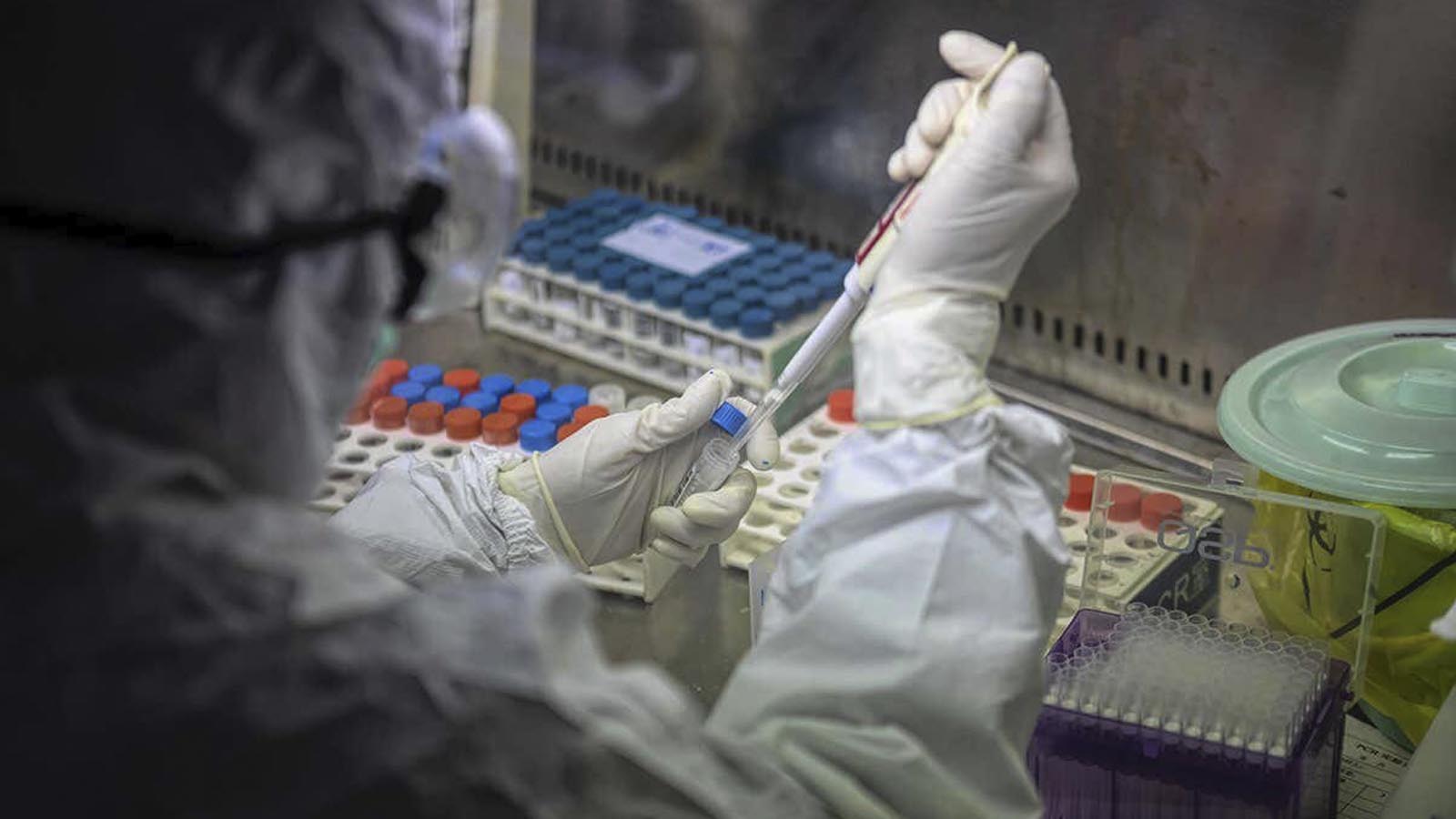 Researchers at the Imperial College London have created a new strain of the Covid virus very similar to a variant manufactured at Boston University’s National Emerging Infectious Diseases Laboratories earlier this year, both institutions echoing experiments which many believe led to the Covid-19 pandemic.

According to the Daily Mail, like Boston University, Imperial College London created a mutant version of the virus by hybridizing the original Wuhan strain of the disease with either the Omicron or Delta variants, and then injecting the newly man-made virus into hamsters in a process that molecular biology expert Dr. Richard Ebright said had zero “foreseeable practical applications.” 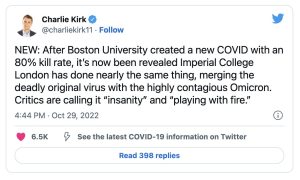 Dr. Ebright, a specialist in molecular biology who develops drugs to treat infectious diseases, said the creation of new Covid “is insanity, both In terms of the redundancy and waste.”

Both Boston University and Imperial College London have received criticism for their mutated Covid work, as many in the medical community worry that marrying the more lethal characteristics of Wuhan Covid with a strain like Omicron, which is significantly more transmissible, could result in another worldwide catastrophic pandemic if the new man-made disease ever escaped the lab.

The Boston University mutant Covid virus had an 80 percent kill rate in mice.

Imperial College London denied that their work was gain of function, which is defined as any experimentation that results in enhanced biological functions of a virus.

A former director of the Israeli Government’s Institute for Biological Research, Professor Shmuel Shapira, described the work these institutions are doing as “playing with fire.” Both experiments were conducted at biosafety level-3, which means the scientists must wear hazmat suits and work in sealed rooms.

The experimentation takes the spike protein, the structure on the viral cell that infects humans, from the later variants such as Delta or Omicron, and attaches it to the earlier Wuhuan form.

According to the Daily Mail, “Each major variant of SARS-CoV-2 — the virus behind Covid — carries mutations in its spike protein, which is why some prove more immune-evasive than others.”

The Imperial College London has not revealed how many hamsters lived or died through their experimentation; instead they only revealed weight loss in infected rodents. The college has refused to provide the information upon request.

The UK’s Scientific Advisory Group for Emergencies, a government funded organization, guided the work at the college and one of its members, Professor Wendy Barclay, was the lead author of its results.