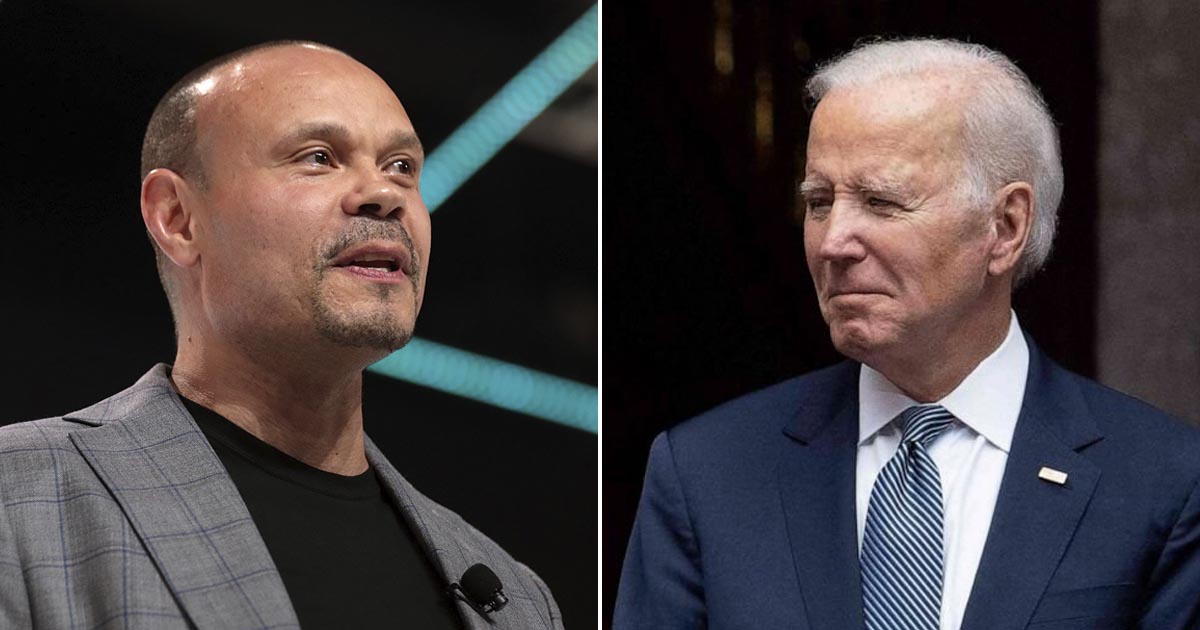 Though it’s blown up into a major scandal, there’s still a lot of unknown surrounding Joe Biden’s illegal possession of classified documents after his vice presidency.

How did the documents get there? Why are they just being “found” at what seems like the most politically opportune time?

Dan Bongino recently appeared on Fox and Friends and offered two theories, and neither of them looks good.

To start, Bongino suggests this could be a “sabotage hit job” against Biden by Democrats who want to force him out of the 2024 race. Though the president hasn’t declared yet, he and his cohorts have made it pretty clear he’s going to run for reelection.

Was this a sabotage hit job by Democrats who want Joe Biden out of the race? Which is likely. Or was this an effort to cover up mistakes Joe Biden made that may be illegal, unlawful, and illicit? Just quickly on the first one, you don’t find it a little bit suspicious that lawyers deeply connected to Barack Obama, who’s got a long going feud with Biden, they do, I worked in the White House, these two men not really do not like each other. Obama always thought Biden was a buffoon and Biden was always jealous of Obama. That’s why he’s doing the whole and “I’m the new FDR” thing now. He is a cancer on the coming presidential race…

Bongino doesn’t seem to be suggesting that Biden didn’t illegally take and keep classified documents but rather that the discovery of those documents was made in a convenient fashion. In other words, they weren’t planted, but they also never would have been “found” had the aforementioned Obama-connected lawyers not been involved.

That leads to the question of timing. Obviously, Biden didn’t have lawyers help with the move into his office at the Penn Biden Center. Why was he suddenly employing lawyers to search through things while vacating the property? And why was he vacating the property in the first place? Certainly, it would seem beneficial for Democrats to have Biden hung out to dry in early 2023 before he announces a reelection bid.

Bongino then continued with his second theory, which is that something bigger is going on in regard to criminal liability Biden may be facing.

A couple of clues here. Number one, why was the leak of the second tranche of documents made to Ken Dilanian? Ken Dilanian from NBC has a nickname, Fusion Ken, because he was a mouthpiece for fusion GPS and the Democrats. Nobody finds it odd that the guy who almost single-handedly promoted the pee-pee hoax for NBC got the leak about the papers? It says to me there may be something bigger, and they needed to massage the story and leak it out slowly.

The moment that Ken Dilanian is involved in anything, it’s prudent to ask what is really going on under the surface. He served as a revolving door for the FBI and DOJ during the Trump years, constantly leaking out-of-context information in an attempt to harm the former president. Him receiving the news about the second tranche of documents might suggest that the same sources are in play, and that would point toward something more than just Biden’s lawyers happening upon some documents.

Did the powers that be actually want a special counsel appointed in this case? Both to stop the House GOP from investigating Biden (now the DOJ can refuse to cooperate because of an “ongoing investigation”) and to position a friendly face as special counsel to handle future revelations that would have otherwise proved damaging?

I don’t know. I feel like that’s a bit in the weeds, but I wouldn’t put anything past the Biden administration. I also wouldn’t doubt that Democrats are taking advantage of this situation knowing that they can’t allow Biden to be the 2024 nominee. What I doubt is that these documents were just randomly “found” by a lawyer who otherwise had no reason to be looking for them.