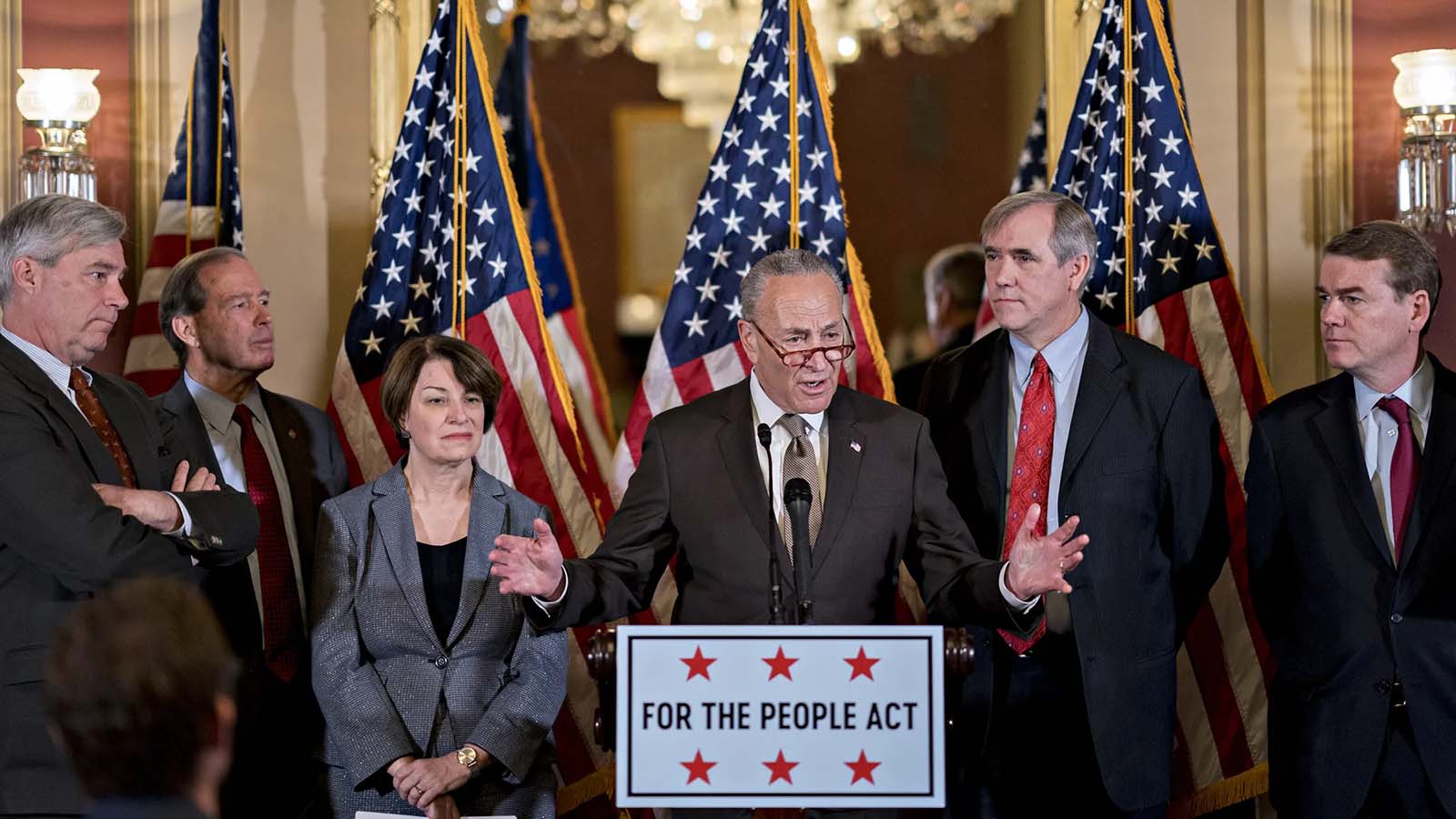 Democrats are ready to “go on the offensive” to implement a long list of voting and election law proposals including criminalizing “misinformation,” preregistering minors before they turn 18, automatic voter registries, and more, according to the New York Times.

With midterm results less than astonishing for either party, Democrats are looking to shore up elections in key battleground states, especially after winning the legislatures in Michigan and Minnesota.

“The greatest threats to our democracy right now continue to be the intentional spread of misinformation and the threats and harassment of election officials that emerge from those efforts,” said Michigan Secretary of State Jocelyn Benson.

Benson would like to see new penalties for those who engage in spreading “misinformation” despite the obvious question of deciding who determines the validity of such a charge. Examples given were fliers or mail information with the incorrect date for an election or deceptive petitions. Benson said her proposals would defeat any claims of First Amendment violations.

“We owe it to voters on all sides to ensure we are seeking accountability for anyone who would intentionally try to essentially block someone from voting through misinformation,” she continued.

Minnesota Secretary of State Steve Simon says his top priority will be pre-registering teens to vote before they turn 18. He believes such proposals will launch them toward the top of the list in terms of voter turnout, should it be passed.

“We will likely, it looks, be third, but we’re on the medal stand,” said Simon.

Simon’s plan to preregister 16- and 17-year-olds before they are legal is in stride with other Democrat plans to implement automatic voter registries. The idea is that all persons who are eligible to vote would have their information taken from other government entities such as a department of motor vehicles or a social services program, and the state would then use that information to automatically register that person to vote.

Twenty states have automatic voter rolls currently, including Oregon, which had the highest percentage of voter turnout in the country for the 2022 midterms. Voters would have to opt out of their registration to be taken off the list.

Democrats are calling certain changes by Republicans to voting laws “restrictive,” such as Ohio’s voter ID requirements and drop-box restrictions.

Democrat Josh Shapiro, governor-elect of Pennsylvania, says he is willing to meet in the middle in terms of voter identifications however.

“I’m certainly willing to have an honest conversation about voter ID, as long as that is something that is not used as a hindrance to voting,” Shapiro said, while remarking that he would not “negotiate with people who are engaged in conspiracy theories and spewing nonsense about 2020.”

Gerrymandering also tops Democrats’ list of possible election fraudulence by Republicans in states such as Wisconsin and North Carolina.