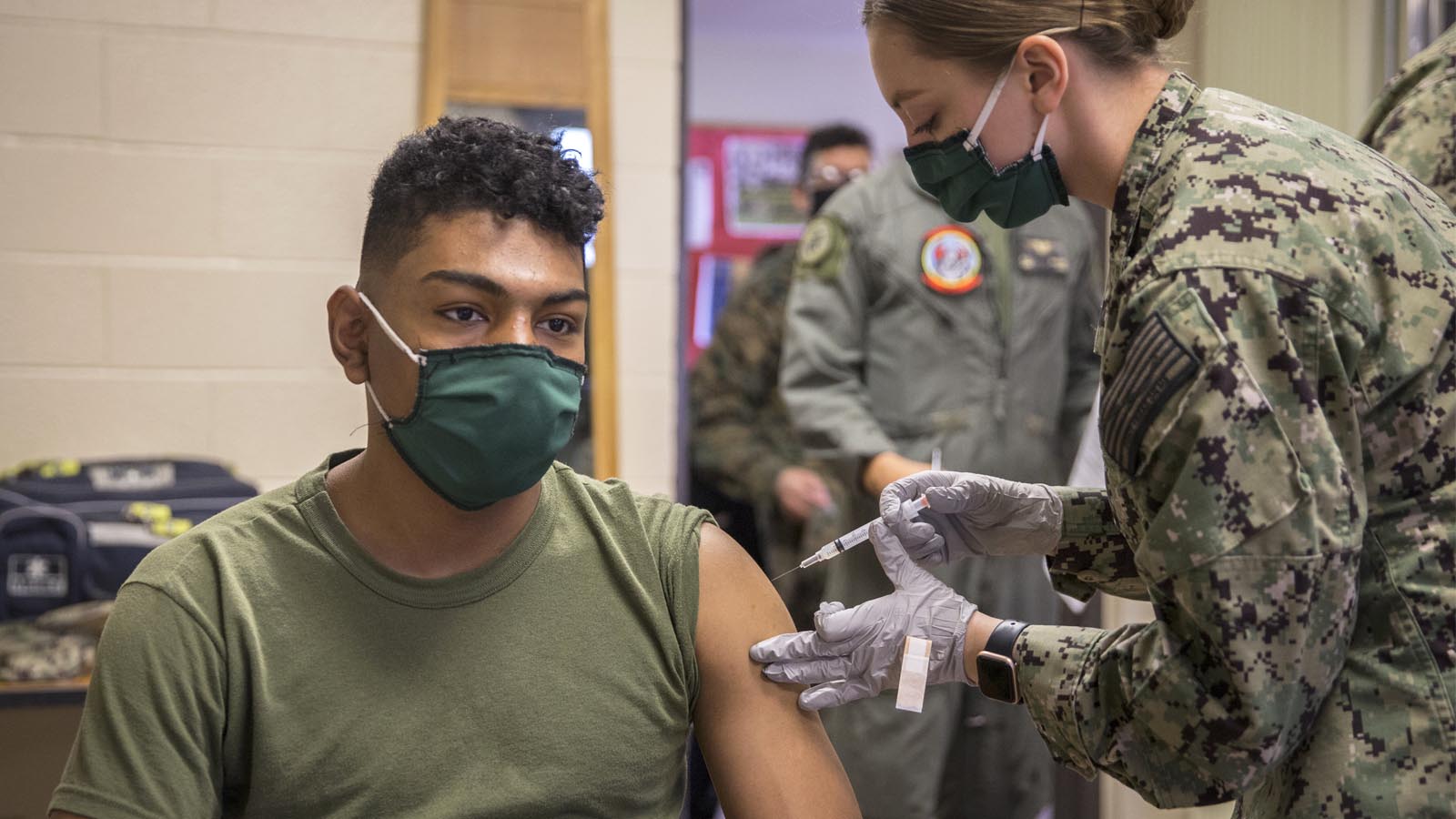 A federal district court in Ohio has temporarily blocked the Biden administration from enforcing the COVID-19 vaccine mandate on thousands of U.S. Air Force service members who remain unvaccinated after having opposed the shot on religious grounds but have had their religious exemption applications denied.

U.S. District Court Judge Matthew McFarland, who was appointed by former President Donald Trump in late 2019, issued a temporary restraining order filed on Thursday preventing the Biden administration from taking any action for at least 14 days against any Air Force member who opted not to take the COVID-19 vaccine.

The judge’s ruling also grants the case “class status,” which means the temporary restraining order will grant relief to all members of the Air Force who submitted a religious accommodation request from the COVID-19 vaccine mandate from Sept. 1, 2021, to the present, and were confirmed via the Air Force Chaplains as having a sincerely held religious belief, but had their requests denied or not yet acted upon. Plaintiffs had contended that such a class would include over 12,000 airmen.

The action stems from a case filed in February 2022 challenging the Biden administration’s COVID-19 vaccine mandate. Plaintiffs comprise 18 active-duty members of the Air Force serving at Wright-Patterson Air Force Base in Ohio; Hurlburt Field in Florida; Randolph Air Force Base in Texas; and Dobbins Air Reserve Base in Georgia, plus all similarly affected members.

“The court has already granted a preliminary injunction to our 18 original plaintiffs,” an attorney in the case, Tom Bruns of Siri & Glimstad law firm, told The Epoch Times. “The court has now granted a class certification—and that’s kind of the historic moment—Air Force-wide, service-wide, it covers every member of the Air Force. And now he’s saying, ‘Why shouldn’t I grant the preliminary injunction to all those folks?’”

McFarland wrote in his order (pdf) in granting the class status: “They face separation from the Air Force and other disciplinary measures. A single injunction would provide relief to the entire class. Indeed, the main purpose of a [lawsuit class] is to provide relief through a single injunction or declaratory judgment. Because Defendants have uniformly maintained a policy of overriding Airmen’s religious objections to the COVID-19 vaccine, they have acted ‘on grounds that apply generally to the class.’

“Moreover, the class definition requires that a Chaplain certify that the airman’s religious beliefs are sincerely held. Finally, a single injunction would provide the proposed class with the relief they seek from the harm they stand to suffer.”

McFarland gave Air Force officials until July 21 to file a response “identifying why this Court should not grant a class-wide preliminary injunction.” He also gave plaintiffs an opportunity to then file a response by July 25.

According to data from the Air Force, as of July 11, over 6,800 service members have been denied religious accommodation requests. Only 104 have had their applications approved. Meanwhile, 834 members have been “administratively separated” by the force. According to the figures, 97.1 percent of the Air Force has been fully vaccinated, and 0.1 percent has been partially vaccinated.

McFarland’s order came in the nick of time for some airmen. Many have received notices in the last week, with a date of their final day, an airman at Offutt Air Force Base in Nebraska told The Epoch Times.

One client was in the middle of a board hearing determining his future with the service, Attorney Wendy Cox of Siri & Glimstad law firm, told The Epoch Times. Objecting to the COVID-19 shot put airmen at risk of job loss and disciplinary measures.

“One of the officers we were representing was facing $1,000 a month pay reduction for two months as well as an official letter of reprimand,” Cox said. “We’ve had people removed from positions of commands because of their alleged violation of this order to get a vaccination, of which they are unable to get because it violates their religious beliefs.”

“Some were stranded in foreign countries after refusing the shot, and missed weddings. There’s some pretty tragic stories about what has happened,” Cox said.

The Air Force officials told the court that they had every consequence still on the table for service members who refused to get the shot, and those consequences included everything up to court martial and two years incarceration at Leavenworth, the attorneys said.

“The proof in the case was very clear. The Air Force tried to pretend that they did individualized analysis of each service member’s religious objection, and, and that did occur in terms of the service member proving they had a sincerely held religious belief,” Bruns said. “But then the Air Force, in its affidavits, proved that when it came to accommodating that belief, they took the position we can’t grant religious exemptions, because we have to save these slots for administrative and medical exemptions. So their own proof was ‘We didn’t do the individualized analysis on the back end, because we weren’t granting any religious exemptions.’ And it was only once the lawsuits got filed, that they granted a few religious exemptions. And all of those folks were near the end of their career.”

The Air Force wanted the airmen’s cases heard individually, but in his decision allowing class status, McFarland noted how the Air Force did not consider each case individually when denying religious accommodation requests.

“Defendants appear to again argue that the court must individually analyze each airmen’s claims on the one hand, while systematically denying all religious accommodation requests despite the factual differences defendants claim the court should consider on the other,” McFarland wrote.

“The Court appreciates there may be minor factual differences between the members of the class, including roles, responsibilities, levels of proximity, likelihood of deployment or travel, and ability to telework, as well as different religious beliefs and reasons for objecting to the COVID-19 vaccine.