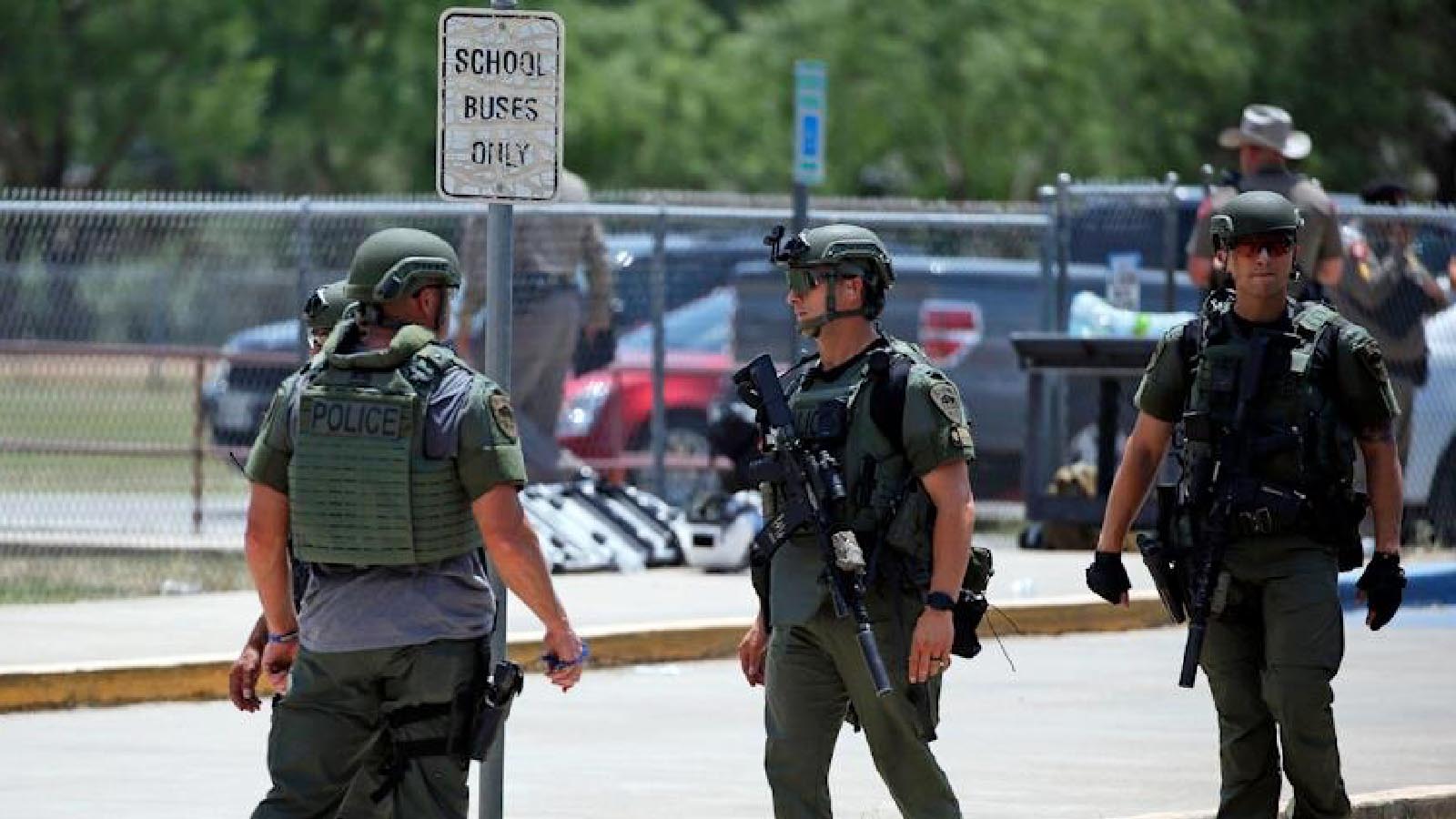 There are still many unanswered questions concerning the heinous shooting at Robb Elementary School in Uvalde, Texas. Salvador Ramos, 18, shot and killed 19 kids and two teachers. He also shot his grandmother in the face following an argument prior to his senseless rampage. We don’t know his motive. He was shot and killed by a Border Patrol agent. What we do know is that an unimaginable tragedy has struck this small border city. It’s the third deadliest school shooting in American history, and Democrats wasted no time trying to score political points. We don’t even have a concrete timeline yet.

The death toll fluctuated before landing at that horrible 19 figure. It was originally reported that Ramos barricaded himself in one classroom. Now, it could be multiple. The latest disturbing development involves the police, and it’s not comforting at all. The Associated Press is reporting that officers remained outside of the school for nearly an hour before entering, facing anxious parents who urged them to enter the facility to stop the shooter (via Associated Press):

Frustrated onlookers urged police officers to charge into the Texas elementary school where a gunman’s rampage killed 19 children and two teachers, witnesses said Wednesday, as investigators worked to track the massacre that lasted upwards of 40 minutes and ended when the 18-year-old shooter was killed by a Border Patrol team.

“Go in there! Go in there!” nearby women shouted at the officers soon after the attack began, said Juan Carranza, 24, who saw the scene from outside his house, across the street from Robb Elementary School in the close-knit town of Uvalde. Carranza said the officers did not go in.

Upset that police were not moving in, he raised the idea of charging into the school with several other bystanders.

“Let’s just rush in because the cops aren’t doing anything like they are supposed to,” he said. “More could have been done.”

“They were unprepared,” he added.

Minutes earlier, Carranza had watched as Salvador Ramos crashed his truck into a ditch outside the school, grabbed his AR-15-style semi-automatic rifle and shot at two people outside a nearby funeral home who ran away uninjured.

Officials say he “encountered” a school district security officer outside the school, though there were conflicting reports from authorities on whether the men exchanged gunfire. After running inside, he fired on two arriving Uvalde police officers who were outside the building, said Texas Department of Public Safety spokesperson Travis Considine. The police officers were injured.

After entering the school, Ramos charged into one classroom and began to kill.

Initial reports did not mention that the police were there prior to the shooting, but the hesitation to enter could be due to two officers being hurt in the initial moments of this horrific crime. The Border Patrol agent who shot and killed Ramos was also nearly killed given the pictures of his head wound. Is this like Marjory Stoneman Douglas in Florida? That’s not a debate that’s constructive right now. I will say that the school resource officer at Marjory, Scot Peterson, did absolutely nothing which led to his termination. The security guard at Robb engaged Ramos.

Still, for members of the community and parents especially, the fact that police were there and did nothing for 40 minutes is not comforting. Yes, police are the first ones to enter the fray. They’re supposed to face danger and neutralize threats to ensure public safety but two of their own went down and the situation was chaos. Still, it’s just all-around heartache for this city. And it really doesn’t help that politicians, like Beto O’Rourke, would think this could be the moment to remind people he’s running for governor.

Update: Texas Department of Public Saftey says Ramos was not confronted when he entered school (via NBC News):

The gunman walked into the school at 11:40 a.m. Tuesday and started firing. Four minutes later, local and school police followed him inside.

“They hear gunfire, they take rounds, they move back, get cover, and during that time, they approach where the suspect is at,” Escalon said. “… Officers are there, the initial officers, they receive gunfire. They don’t make entry initially because of the gunfire they’re receiving.”

In the time since the shooting, questions have been raised about the that time elapsed between when the shooter crashed his vehicle outside the school and when he was fatally shot by a Border Patrol officer inside the classroom he barricaded himself in to unleash terror.

State and federal law enforcement officials had said earlier that they don’t have a timeline yet on the precise sequence of events.

Spencer has a post on this as well, adding that everything authorities have told us over the past 36-48 hours or so has been contradicted. It also took an hour for tactical teams to arrive on the scene.

It was not a helpful Texas DPS presser, and now more questions remain. We still don’t have a concrete timeline. We’ll keep you updated as best we can with this ongoing situation.

This is horrific & also suggests (unless I’m missing something?) that there were hostages/hiding kids still being held/killed up until the moment that Border Patrol agent/team finally showed up and took the killer out. The timeline is shifting & incomplete, to put it mildly. https://t.co/FVgbL3OhyU