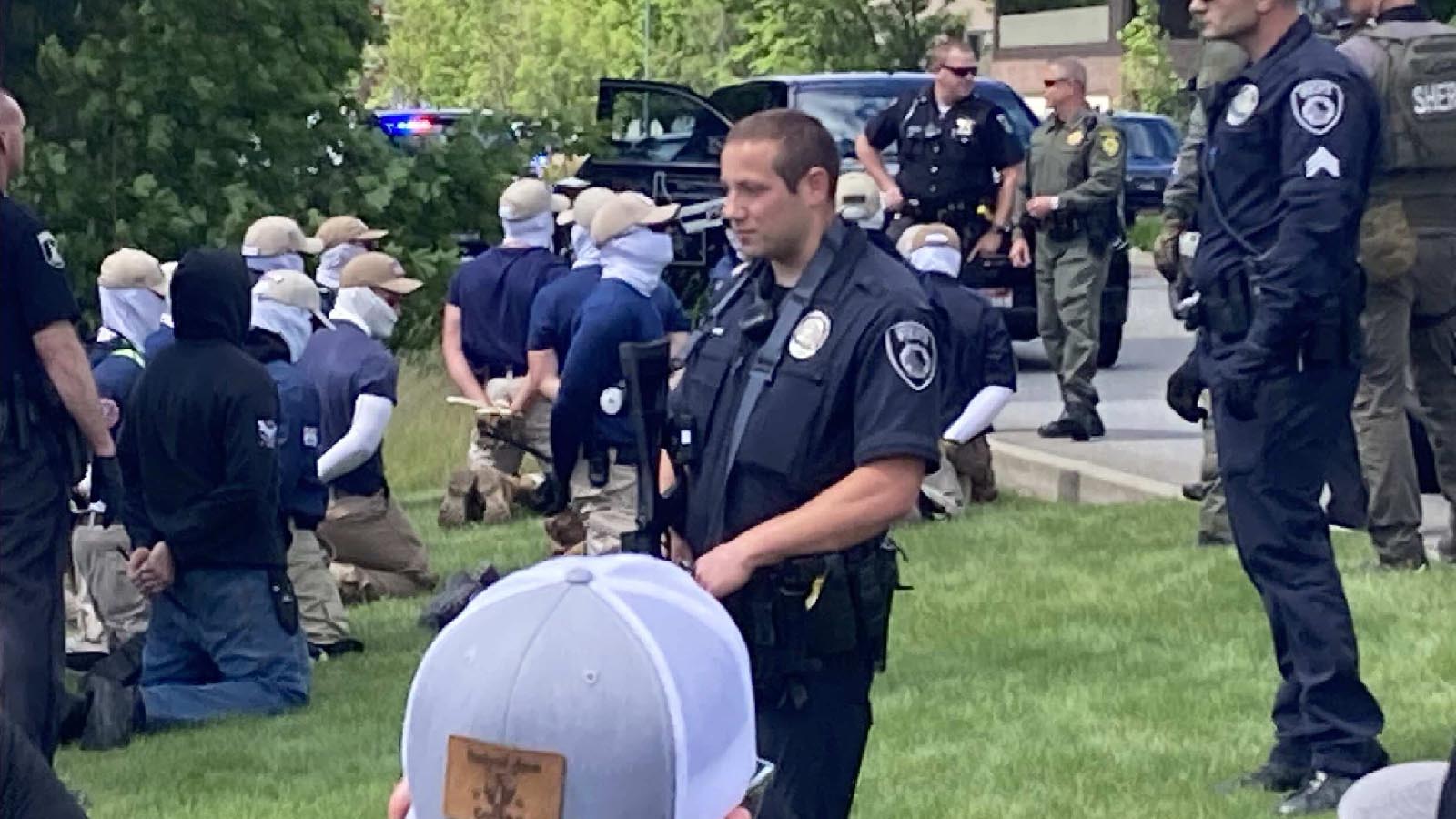 Police in Coeur d’Alene Idaho arrested 31 members of an extremist group who were allegedly en-route to protest at the city’s Pride in the Park event, after an informant tipped them off.

The men were wearing nearly identical masks, hats, shirts and khakis, and were placed in zip ties and taken away from the scene, according to the Independent. 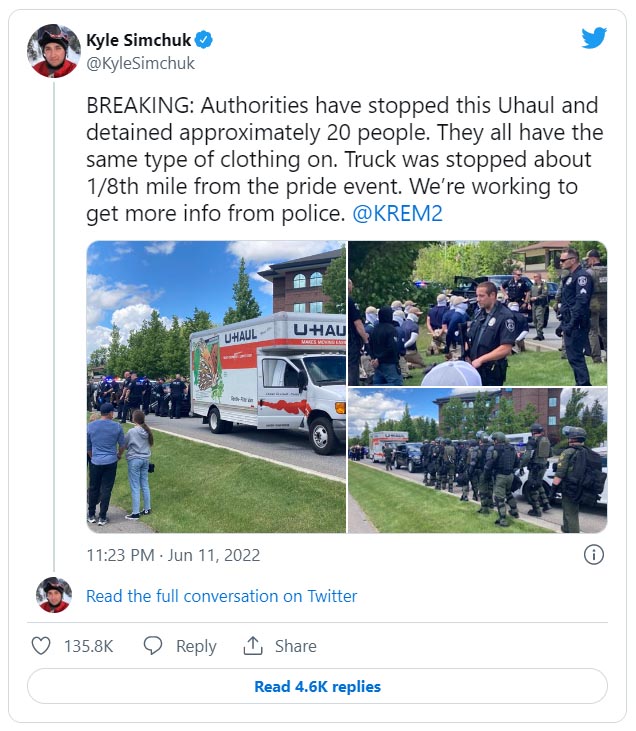 The group, which had an “operations plan” in its possession, was charged with conspiracy to riot, a misdemeanor.

Of note, Patriot Front is known for showing up in various cities to stage “flash mob” style marches, with appearances in Nashville, Washington DC and Pittsburgh over the last two years. Last July In Philadelphia, they were forced to fight their way out back to Penske trucks they arrived in – during which they were briefly detained but then let go.

Officially – as the Independent reports, Coeur d’Alene police say they were tipped off by a “concerned citizen,” who said the men, with masks and shields, were “looking like an army,” while cramming themselves into the U-haul at a hotel, and that the “concerned citizen” was not from an informant within the group.

However, a video has been circulating of Coeur d’Alene police captain David Hagar saying that they had “informants.”

“Do you know what the original stop was for,” he was asked.

“For that,” said Hagar, referring to the men in the back of the U-haul.

“But how did you know?” asked a woman.

“We had informants,” Hagar replies, with some interpreting his next words as “in their chats.”

Perhaps Hagar is using “informant” and “concerned citizen” interchangeably, or he misspoke, however the definition of “informant” almost always refers to someone involved with a target group.

“Informants are those who covertly provide information about criminal activity to law enforcement officers. Some informants work for money, but most are people who’ve been caught engaging in criminal activity. In many cases, deals are made between an informant and the police, who refrain from charging a suspect they’ve caught, in return for information or undercover work (typically, buying or selling drugs). Standards for eligibility of informants as a source of confidential information varies by jurisdiction.” -US Legal

Others looking for evidence that this incident is “glowing” (i.e. feds are involved) have pointed to a photo of a police megaphone reads “F.B.I.” – which was perhaps involved in surveilling the group.

“It appears they did not come here to engage in peaceful events,” Kootenai County Sheriff Bob Norris told the Coeur d’Alene Press.