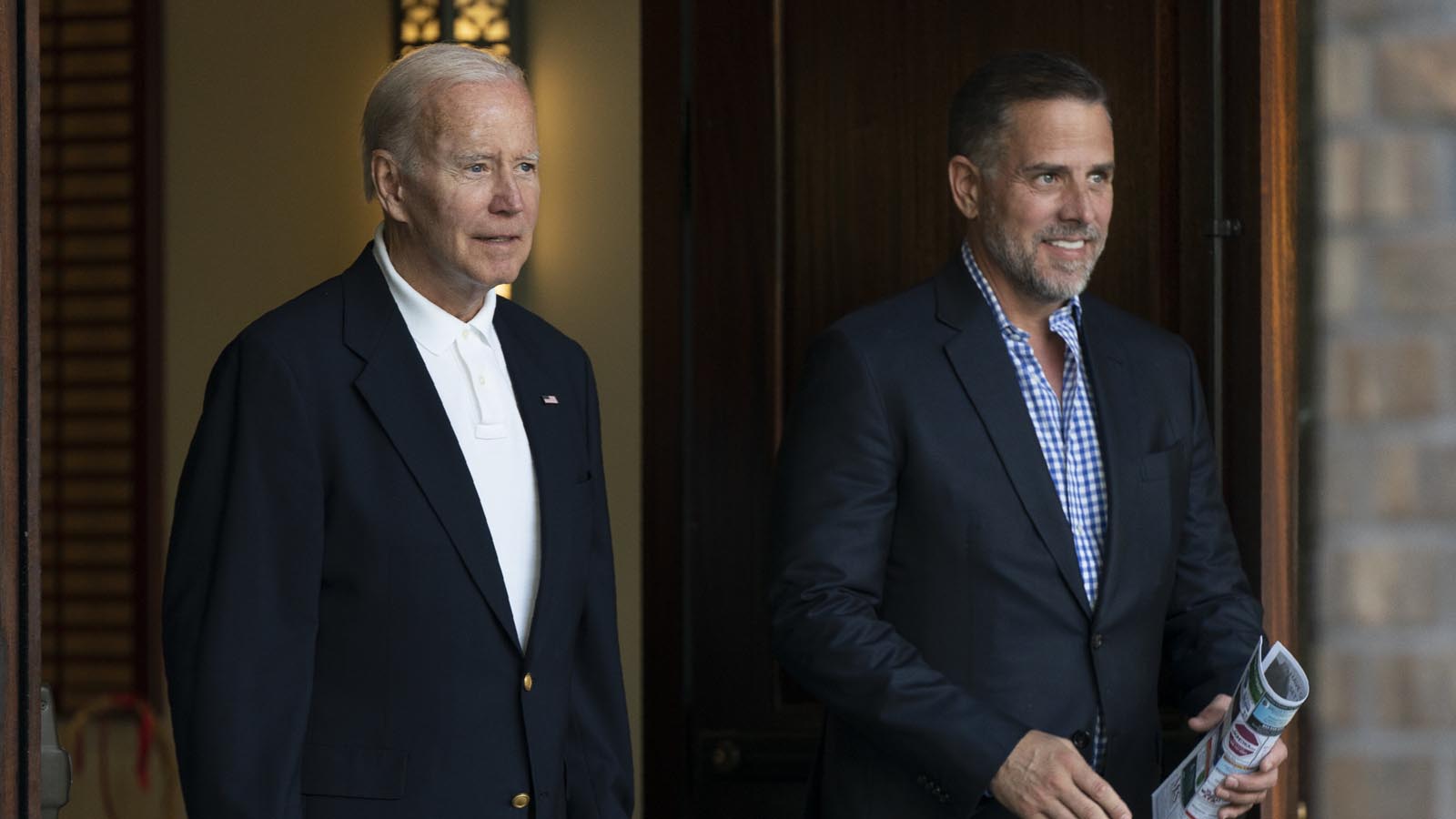 The mainstream media has devolved into a bloated enterprise that simply copies the work of conservative outlets and publishes it two years later. We saw that with the Hunter Biden laptop scandal, where The New York Post was censored and maligned by outlets like The Washington Post only for those entities to “confirm” the Post’s reporting when it no longer mattered.

That dynamic has played out again, this time on CNN, with the liberal network doing a full report on the corruption surrounding the Biden family. 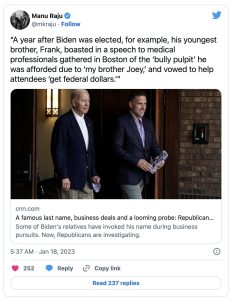 The president’s brothers have invoked it in their private business pursuits over the years to suggest access to power and influence, according to a CNN review of court documents, emails and video recordings as well as interviews with former business acquaintances.

A year after Biden was elected, for example, his youngest brother, Frank, boasted in a speech to medical professionals gathered in Boston of the “bully pulpit” he was afforded due to “my brother Joey,” and vowed to help attendees “get federal dollars.” Just three months ago, Frank Biden was an invited keynote speaker at a medical conference in Venice, Italy, where he gave advice to a group lobbying the federal government – a trip he acknowledged he did not pay for but declined to say who did.

Biden’s son, Hunter, meanwhile, has bluntly acknowledged in a memoir that his last name was a “coveted credential” helping him land a lucrative and controversial gig as a board member for a Ukrainian energy company when Joe Biden was vice president. That company, Burisma, “considered my last name gold,” Hunter Biden wrote.

I could go through and pull apart CNN’s reporting, laying out all the details in it discussing the corrupt actions of the Biden family, but why do that when I can just quote an article I wrote in…March of 2020.

According to Politico, James Biden’s business with medical companies – including Americore Health – has led to allegations that he potentially engaged in fraud and traded on his brother’s name, by claiming Joe was interested in the venture and the family name could provide opportunities.

“It was all smoke and mirrors,” former Americore Health executive Tom Pritchard told Politico. James Biden reportedly convinced Americore that he could use his political clout to deliver a significant influx of cash in the form of an investment from the Middle East, and even convinced the company to take on financial burdens including a six-figure loan to James that he has yet to repay.

That was just one example. RedState and other right-leaning outlets have produced hundreds and hundreds of stories highlighting how everyone around Joe Biden managed to score lucrative business deals with little explanation for how except influence peddling. Obviously, Hunter Biden has taken most of the spotlight due to the in-your-face aspects of his degeneracy, but James and Frank Biden are no better when it comes to financial dealings.

All the while, we’ve been assured that Joe Biden knew nothing about anything. Apparently, the President of the United States is the dumbest, most aloof person to ever hold office, and I mean any office. But while his current mental state might justify that assumption, Biden hasn’t always showcased the hallmarks of senility. Certainly, he knew what his son was doing while taking him for rides on Air Force Two to make business deals in China. He was also obviously not disconnected from his brothers while they traded on his name.

With all that said, the question that sticks out the most from this CNN report is why now? Why, in January of 2023, nearly three years after RedState and other conservative outlets reported this stuff, is the liberal network jumping on the bandwagon? I can only assume the gloves are off with Biden indicating he wants to run again in 2024. Sources have recently claimed the president wants to make that announcement early, possibly in February.

Democrats know they can’t let him run again, though, and between Biden’s classified documents scandal and all the previously underreported corruption within his family, there’s a lot to throw out there to try to make the president rethink a bid for reelection. Still, I find it pathetic that these supposedly unbiased, mainstream news outlets are so openly partisan that they’ll suppress major news for years until it becomes politically convenient. That’s exactly what CNN did here.