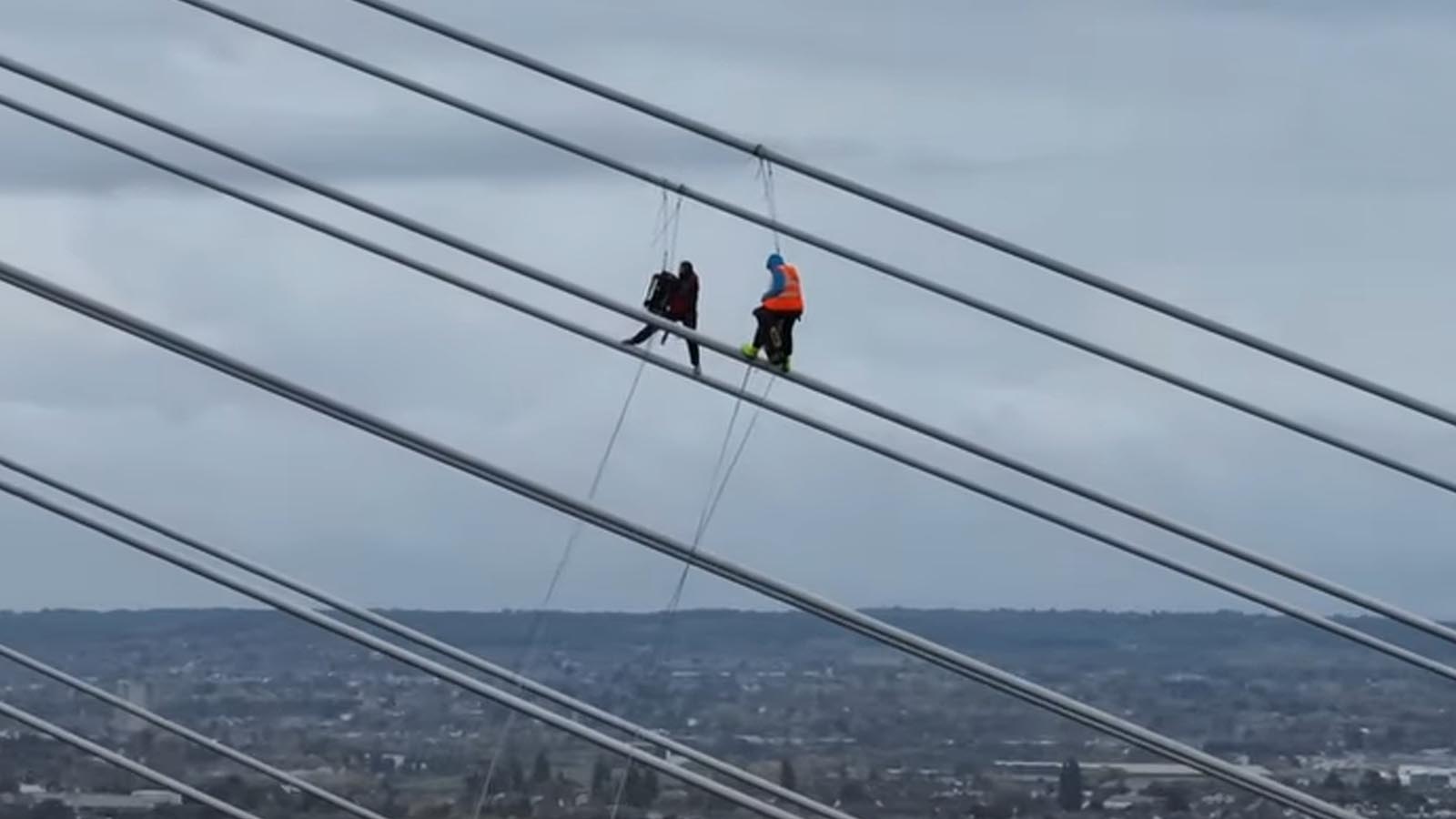 Climate-change protesters caused the deaths of two British women when traffic delays kept first responders from reaching them, according to another victim of the accident that killed the women.

According to The Sun, Lisa Webber, described as a mother of four children, and Dr. Habiba Hajallie, the mother of one child, were killed in a crash linked to protests by Just Stop Oil in which two of the group’s members scaled the Queen Elizabeth II Bridge at Dartford Crossing. The bridge spans the Thames River and connects Kent with Essex.

The crash took place on the M20 highway, which was being used as an alternative to the bridge, which had been closed to traffic by the protest.

Van driver Mark Heap, who along with Webber had pulled over to assist Hajallje, whose car had crashed, sustained broken vertebrae and a broken leg.

He said the protesters “may not have intended to hurt anyone, but they’ve got blood on their hands now,” according to The Sun.

“Their actions, bringing the traffic to a stand-still on the M20, caused the crash in which those two women died,” he said, according to the Daily Mail.

“Without the protest the emergency services might have been able to get there in time to save the women,” he told the Sun

In explaining the crash to the Daily Mail, he said he and Webber were trying to help Hajallje when a BMW crossed multiple lanes of traffic and struck the three people.

“We all got hit by the BMW,” Heap told the news outlet. “I was squashed between the Infinity car and the crash barrier along with the driver. Lisa got thrown the other side and into the traffic. It was awful.”

Heap noted that tree surgeons from the firm Oxleas Tree Care tried to offer care while the ambulances responded.

“The tree surgeons did a blinding job,” he said.

But it was not enough to offset a 40-minute wait for first responders to make it through backed-up traffic.

Ex-Met detective chief inspector Mick Neville said the protesters “may not have directly caused the M20 accident. But had their irresponsible demo not taken place, the women and van driver would probably not have been there.”

The protest involved two men climbing the bridge. Morgan Trowland, 39, and Marcus Decker, 33, were later arrested and charged with committing a public nuisance.

Just Stop Oil trumpeted its achievement in a press release posted by the group.

The release quoted Trowland as saying, “Our government has enacted suicidal laws to accelerate oil production: killing human life and destroying our environment. I can’t challenge this madness in my desk job, designing bridges, so I’m taking direct action, occupying the QE2 bridge until the government stops all new oil.”

Decker was quoted as saying, “Our political system is betraying the people of this country. More fossil fuel licenses means global genocide. Only direct action will now help to reach the social tipping point we so urgently need.”

The release, which made no mention of the accident or the deaths of those involved, said, “This is an act of resistance against a criminal government and their genocidal death project,” later adding the protesters were battling against “mass starvation, slaughter, the loss of our rights, freedoms and communities.”