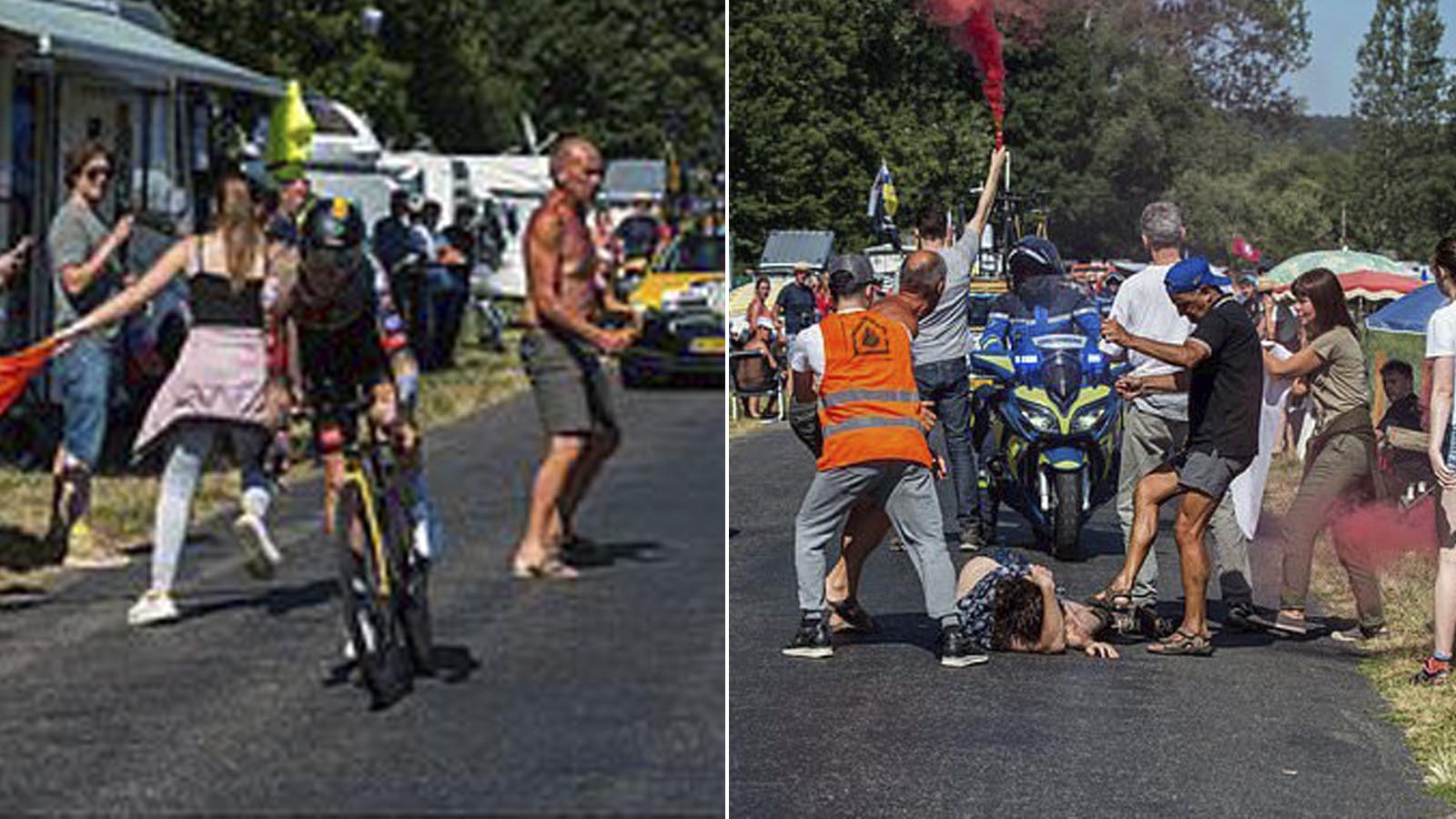 Climate change activists tried to block the Tour de France on Saturday, but were hauled off the road by spectators even before the police could respond.

The annual spectacle has drawn protests earlier this month that have involved smoke bombs and protesters trying to glue themselves to the pavement.

On Saturday, eight members of Dernière Rénovation (Last Renovation) tried to stop the race during the 20th stage between Lacapelle-Marival and Rocamadouron, according to the Daily Mail.

Fans dragged them away until police could come to arrest them.

The lack of sympathy many offered was summed up Friday by rider Philippe Gilbert, who commented upon a different protest.

“It’s a bit disappointing because there are other ways to protest. I hope they will be punished in proportion to their stupidity,” he said.

A statement released by the group noted that “today’s action is the fourth in a series of disruptive actions that will continue until there is a credible and effective government commitment to isolate buildings.”

There's been protests on the Tour de France route that've held up the race. Thankfully, the French TV directors have given them ZERO coverage nor talked about their activities. The Police have been quite "robust" with their handling of them & the race has moved on quite quickly.

“If nothing is done, the climate crisis will devastate entire swaths of our planet, as its disastrous consequences in our country have already witnessed this summer, and will condemn billions of people to death,” the statement said.

In a separate press release, the group said: “We will start again as many times as necessary to make our government react. Not a day should go by without the climate emergency being at the heart of the political agenda.”

Coming as it did amid a scorching summer, the race was surrounded by questions of whether the heat was hurting the athletes, according to The Washington Post.

“One of the appeals of endurance sports is that we mythologize suffering: It’s about pushing the limits of human capabilities,” said Stephen S. Cheung, a competitive cyclist and professor of kinesiology at Brock University, where he researches the effects of environmental stress.

“The question we as a society have to ask is: Are we putting athletes into undue harm’s way in the quest for that kind of athletic spectacle?” he said. “How much is enough?”

Some say the race may have to change if summer heat becomes a permanent fixture.

“We’re going to have to change the way the Tour de France is designed in the next few years,” said Matthieu Sorel, a climate change expert at France’s meteorological service . “It won’t be possible to ride with such temperatures during the afternoon.”

Packing fish in ice in a factory to winner of the Tour de France? There's a great movie here for someone to make. https://t.co/yt16XbsF9u

The race was won by Jonas Vingegaard, 25, of Denmark, according to The New York Times.