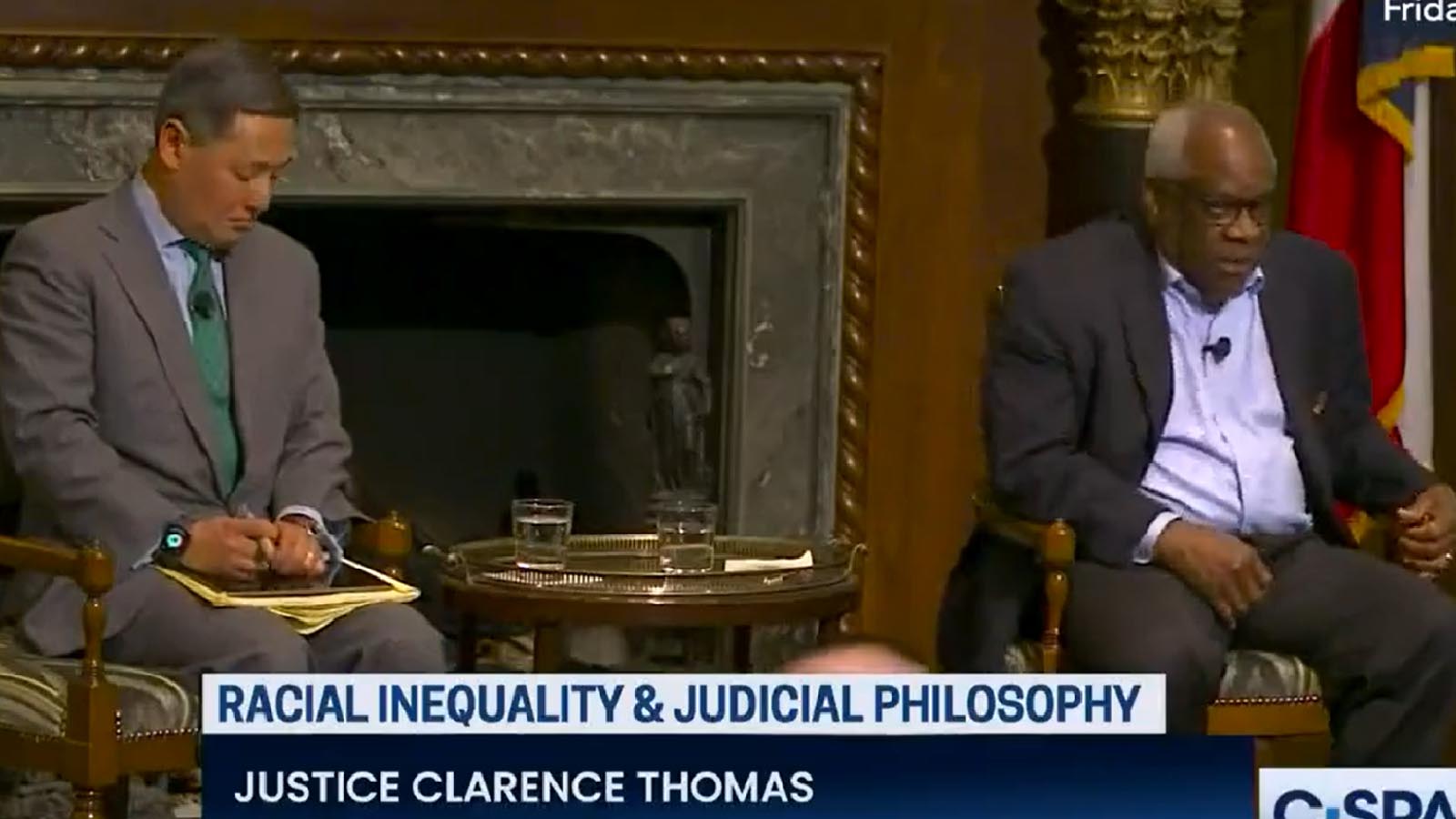 During an interview at a conference in Dallas over the weekend, Justice Clarence Thomas revealed when he will “absolutely” leave the Supreme Court.

For years, but especially in recent weeks, leftist activists and the media have called for Thomas to recuse himself from the bench because his wife is active in conservative politics.

Justice Thomas to the media:

"I will absolutely leave the Court when I do my job as poorly as you do yours." pic.twitter.com/2V7h9vtoLt

George Washington University Law professor Jonathan Turley has pushed back on allegations of corruption, which are completely unsubstantiated.

…The accusation appears based on the fact that Thomas' wife has a political career and has been an active conservative activist. Would a liberal justice be viewed as "corrupt" if his or her spouse was an pro-abortion activist?

…Mystal has previously denounced the Constitution as "trash" and the Framers as "racist misogynistic jerk faces." The danger is that the White House is yielding to this national rage addiction. https://t.co/lX05LUkyMp