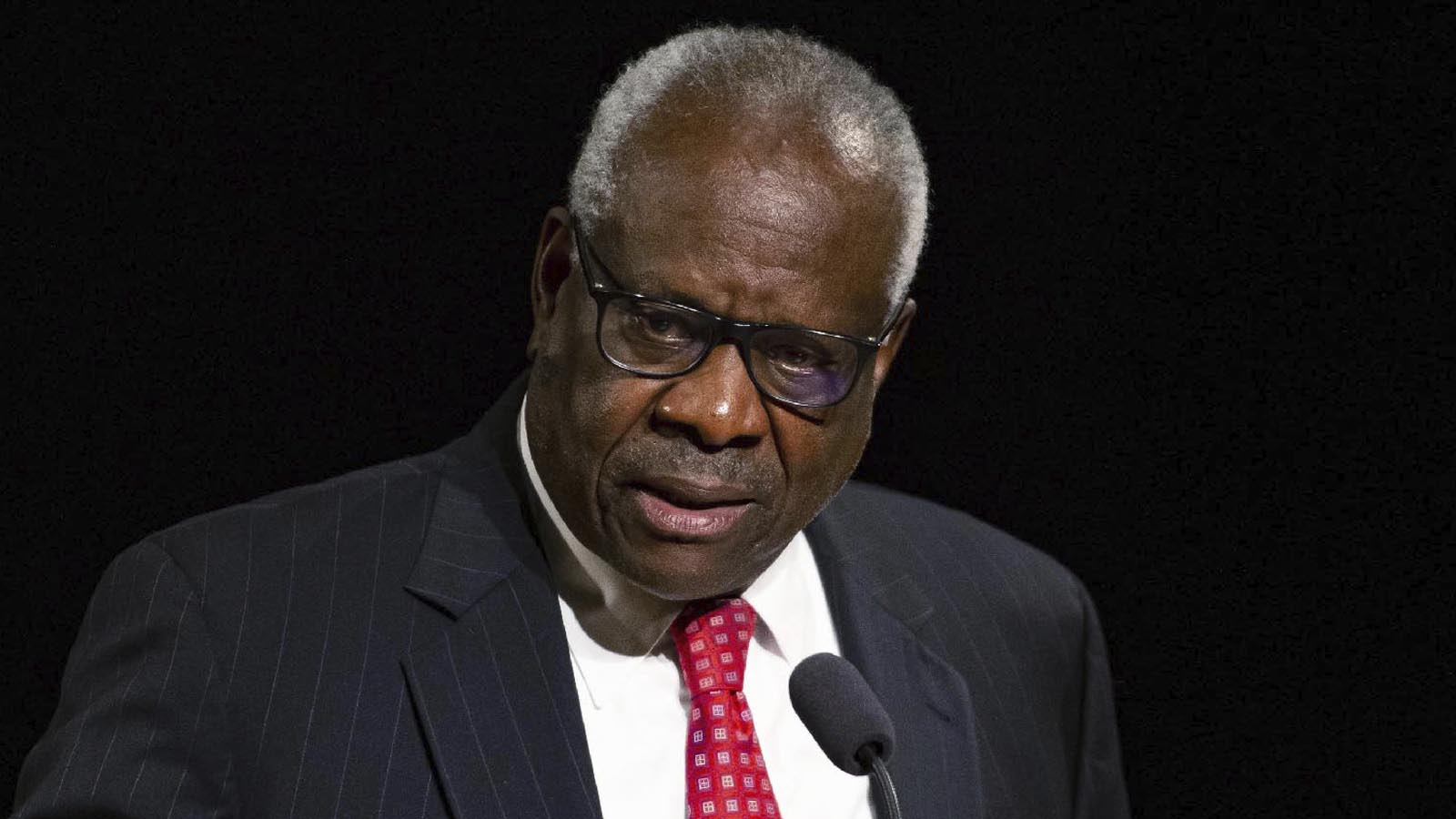 US Supreme Court Justice Clarence Thomas will not be teaching at George Washington University’s law school this fall after students demanded he be fired over his role in overturning Roe v Wade.

Clarence Thomas, 74, was one of the conservatives justices who voted to overturn Roe v Wade last month.

And the left went crazy.

The left escalated their attacks against Clarence Thomas and they’re trying to ‘cancel’ the justice and his wife Ginni Thomas.

Far-left students at George Washington University protested Thomas and forced him out.

Supreme Court Justice Clarence Thomas has backed out of teaching a seminar at George Washington University’s law school in the nation’s capital, following student protests and the university’s statement of support for the conservative justice’s role on campus.

Thomas, 74, has taught at the private school since 2011. He was supposed to lead the seminar with Judge Gregory Maggs of the U.S. Court of Appeals for the Armed Forces. Maggs once served as a Supreme Court clerk to Thomas.

In the following days, thousands of students signed a petition calling for the school to sever its relationship with Thomas. But university officials refused.

Maggs will continue to offer the class, Grossman said.

Thomas’ withdrawal was first reported by the GW Hatchet, the campus newspaper, which obtained an email from Maggs to students, telling them of the “sad news” that Thomas would not be co-teaching the class.