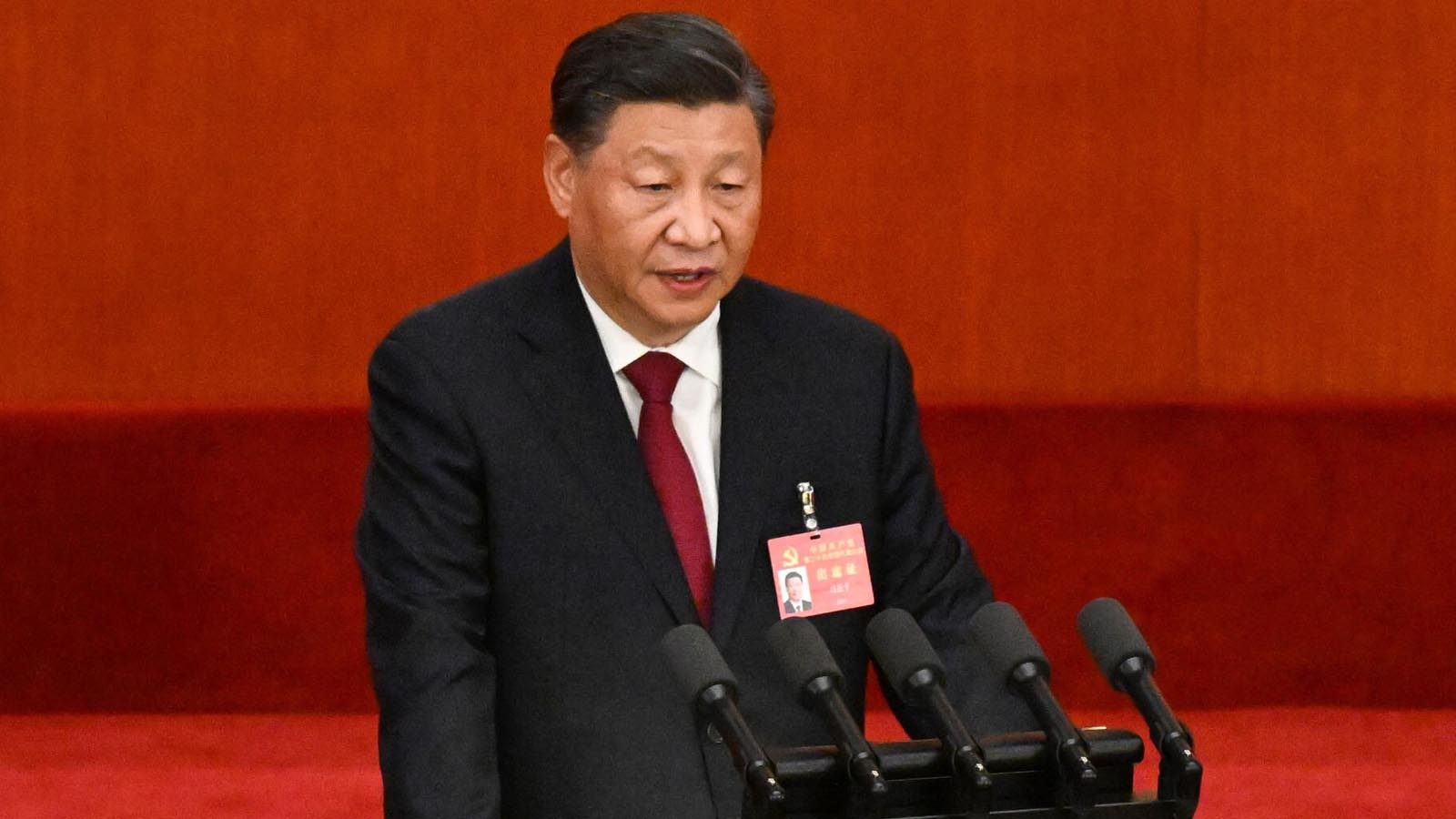 Dictator Xi Jinping on Sunday kicked-off the 20th congress of China’s ruling Communist Party with warnings that he may use force to retake Taiwan as he slammed foreign interference in its reunification efforts.

The comments came at the start of a week-long event where Xi is widely expected to win a third leadership term and cement his place as the country’s most powerful ruler since Mao Zedong.

The gathering of roughly 2,300 delegates from around the country began in the vast Great Hall of the People on the west side of Tiananmen Square amid tight security and under blue skies after several smoggy days in the Chinese capital.

Xi began a speech that touted the party’s safeguarding of national security, maintaining social stability, protecting people’s lives and taking control of the situation in Hong Kong, which was rocked by anti-government protests in 2019.

On Taiwan, Xi said, ‘We have resolutely waged a major struggle against separatism and interference, demonstrating our strong determination and ability to safeguard state sovereignty and territorial integrity and oppose Taiwan independence.’

The gathered delegates responded with loud applause as their president emphasized that China will ‘never commit to abandoning the use of force’ in its unification with Taiwan, which he called inevitable.

Xi added that China will accelerate the building of a world-class military and strengthen its ability to build a strategic deterrent capability.

Xi said the party of 96 million members ‘has won the largest battle against poverty in human history.’ But rather than promote communism’s redistribution of wealth, the Chinese president said he would implement ‘common prosperity’ policies to lift citizens out of poverty through new jobs.

In his decade in power, Xi, 69 has set China on an increasingly authoritarian path that has prioritized security, state control of the economy in the name of ‘common prosperity’, a more assertive diplomacy, a stronger military and intensifying pressure to seize democratically governed Taiwan.

Xi reaffirmation of China’s power in Asia comes after President Joe Biden vowed the US military will defend Taiwan if China launches an invasion as he ramped up the rhetoric with Beijing over the tiny island nation.

The President suggested he would deploy troops to the region if Xi Jinping’s forces initiated an ‘unprecedented attack’. But his explosive comments were quickly torpedoed by the White House, which said official policy had not changed.

An official rushed to stress the US remains ‘strategic ambiguity’ to the threat to Taiwan – as set out in the 1979 Taiwan Relations Act.

House Speaker Nancy Pelosi also defiantly visited the self-governing democracy, prompting mainland China to launch a show of force that could be a trial run for a future invasion.