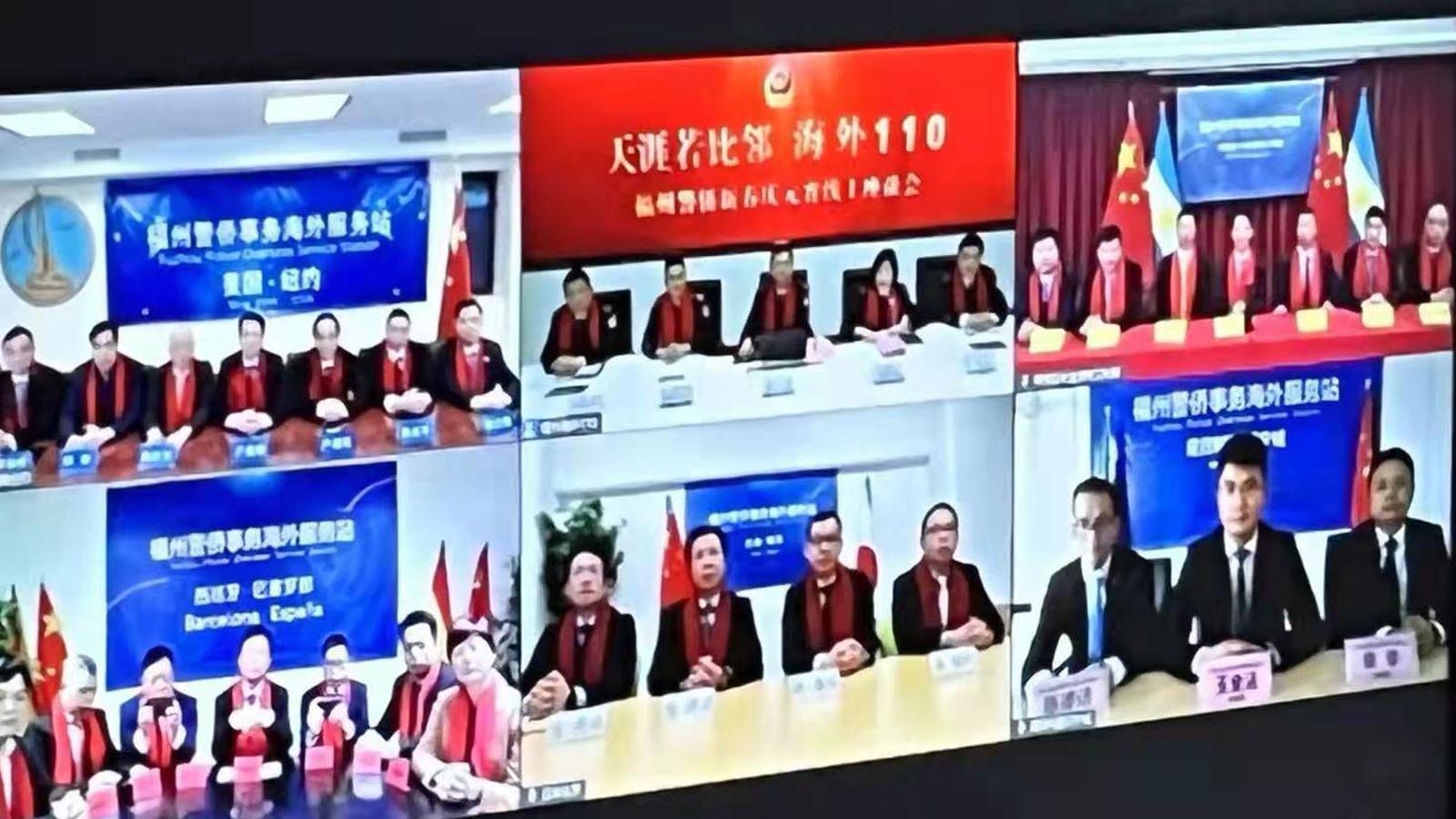 A report emerged in September that said Chinese authorities have opened 110 police service centers outside of mainland China—including one in New York City—that repatriate Chinese people using coercion, according to a security policy expert, but which also may be used for sabotage or espionage.

Frank Gaffney, the executive chairman at the Washington-based Center for Security Policy, said that as part of the Chinese Communist Party’s (CCP) global transnational repression those service centers can be tools to conduct espionage and sabotage work.

“The Chinese are not simply forcing people to go back to China and stand trial, but they may be giving them directions to do other things,” such as espionage, recruitment, influence operations, sabotage, or subversion, Gaffney told the “China in Focus” program on NTD news.

He said those are the sorts of things we need to “ensure do not continue.”

Gaffney described the regime’s police operations as “instruments of reaching out and not just touching but garroting individuals that they seek to either extricate from wherever they may be and return [them] home to face prosecution there for some cause.”

With such a vehicle, the regime could also “compel foreigners to China to suffer whatever fate the Chinese Communist Party would have in mind for them,” in his opinion.

“Some 230,000 people have been compelled to return to China,” said Gaffney, referring to the report that says more than 110 police service centers operate in 30 countries across 5 continents. “That alone is an extraordinary indictment of what these service centers are actually servicing.”

“China claims 230,000 suspects of fraud and telecom fraud were successfully ‘persuaded to return’ to China from April 2021 to July 2022,” according to the Safeguard Defenders report (pdf).

Gaffney said he believes the operation is likely contrary to U.S. laws given that there is no reciprocity agreement in place to allow the FBI to operate in China.

“That’s the sort of thing that we will not accept, I believe, in our country, not from our own law enforcement agencies, and certainly not from a foreign to say nothing of a hostile foreign one, like the Chinese Communist Party,” he said.

He further pointed to the book titled “Unrestricted Warfare” by two Chinese colonels in 1999, which he said, “laid out … different ways in which the Chinese Communist Party, in a period before they became strong enough militarily to fight us the old fashioned way, could wage war against us.”

‘We Really Need a Course Correction’

Given the threat it posed on America, the Gaffney urged swift closure of the New York operation and an immediate investigation to unravel its nature.

The probe should seek answers to questions such as, “Has there been some sort of authorization given to allow the Chinese to do this? If so, on what basis, with what constraints? Is there, in fact, oversight of what they’re doing,” he said.

“There’s a question of who knows about these operations? What do they know about them? Is this being done with the Biden administration’s permission?” he asked.

According to Gaffney, the United States needs to press other governments to shut down operations in their countries, particularly in Canada. He said, “you can find very easily those operations reaching into our country if they were allowed to continue.”

Gaffney pointed to the engagement policy with the Chinese communists which he said President Ronald Reagan went against during his term in office.

“We are still at this moment, engaged in what Ronald Reagan ran against in 1980, namely, détente or engagement policy with this enemy. As he recognized that’s a formula for disaster,” Gaffney noted.

“We really need a course correction on this,” he argued.

“We ought to be de-legitimating it, we ought to be countering at every turn its influence operations,” he said. We need to try “to help the Chinese Communist Party meet an end at the hands of the Chinese people at the soonest possible moment.

“It is in all of our interests that that happen,” said Gaffney.