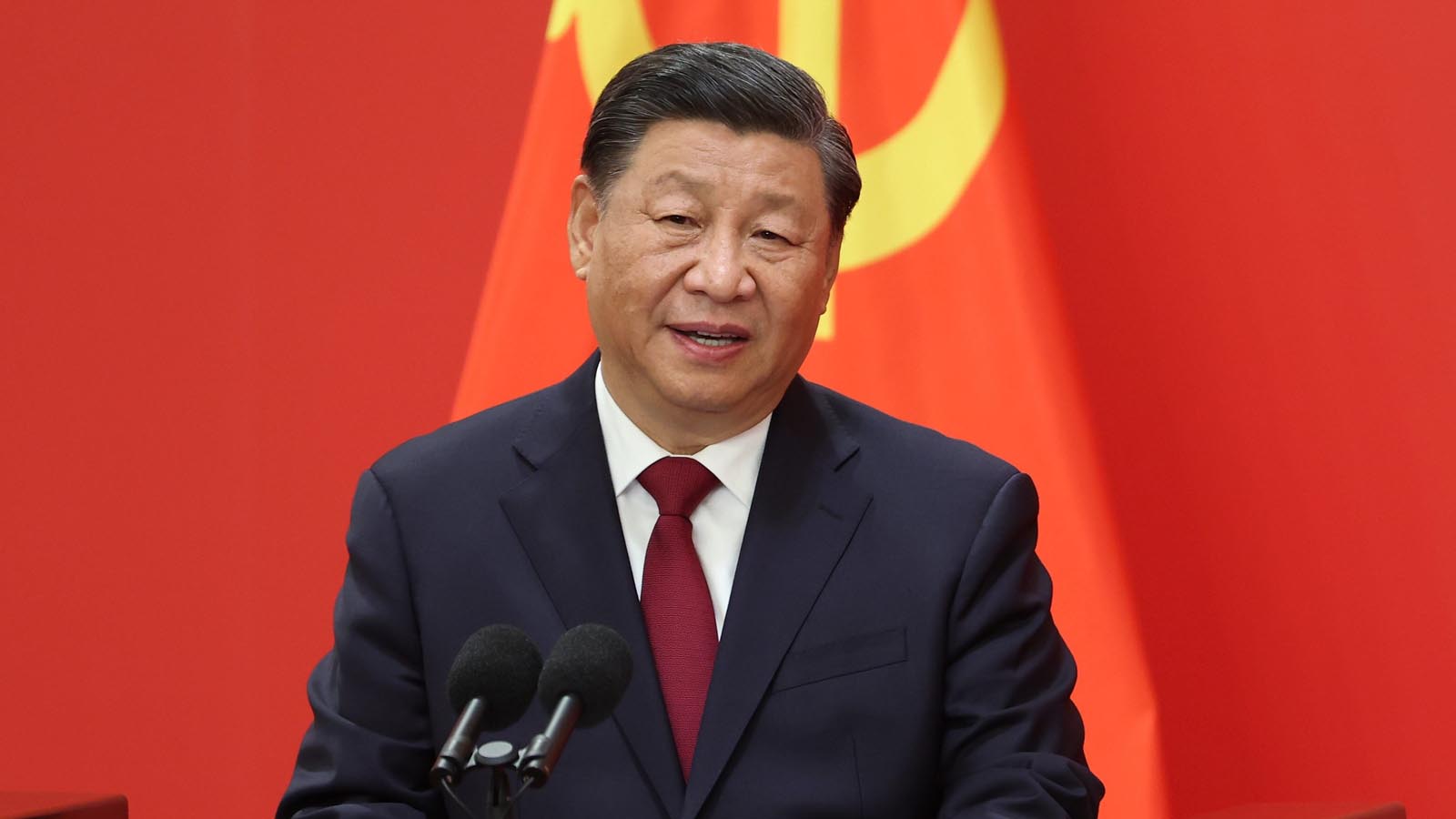 Over the Christmas weekend China launched the largest military drills yet to simulate an invasion of Taiwan, causing alarm among national security experts.

“China sent 71 warplanes near Taiwan as a part of its biggest display of military might since US House Speaker Nancy Pelosi visited the democratically run island, with Taipei accusing Beijing of ‘military intimidation,'” Bloomberg reports. “The Ministry of Defense in Taipei said the flights included 47 Chinese military aircraft that crossed either the median line of the Taiwan Strait or entered Taiwan’s southwest air-defense identification zone in a 24-hour period to 6 a.m. Monday.” 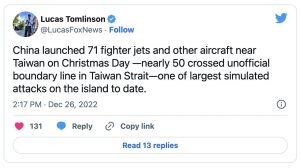 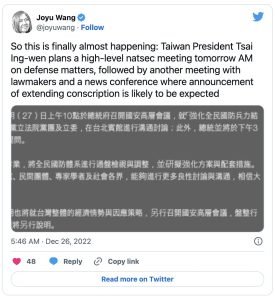 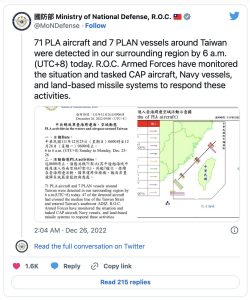 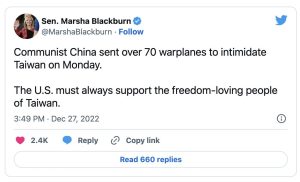 Meanwhile over at the State Department, Secretary of State Antony Blinken just sent the message to China that the U.S. is incapable of defending Taiwan should they choose to invade the island.

“If we were still in Afghanistan, it would have, I think, made much more complicated the support that we’ve been able to give and that others have been able to give Ukraine to resist and push back against the Russian aggression,” Blinken told reporters just before China engaged in the latest intimidation against Taiwan.

Whether accidental or purposeful, that was an extremely dangerous statement that needs to be clarified IMMEDIATELY. https://t.co/6QQvZ1GoEF

In response to China’s escalation, Taiwan has ordered an extension of military service.