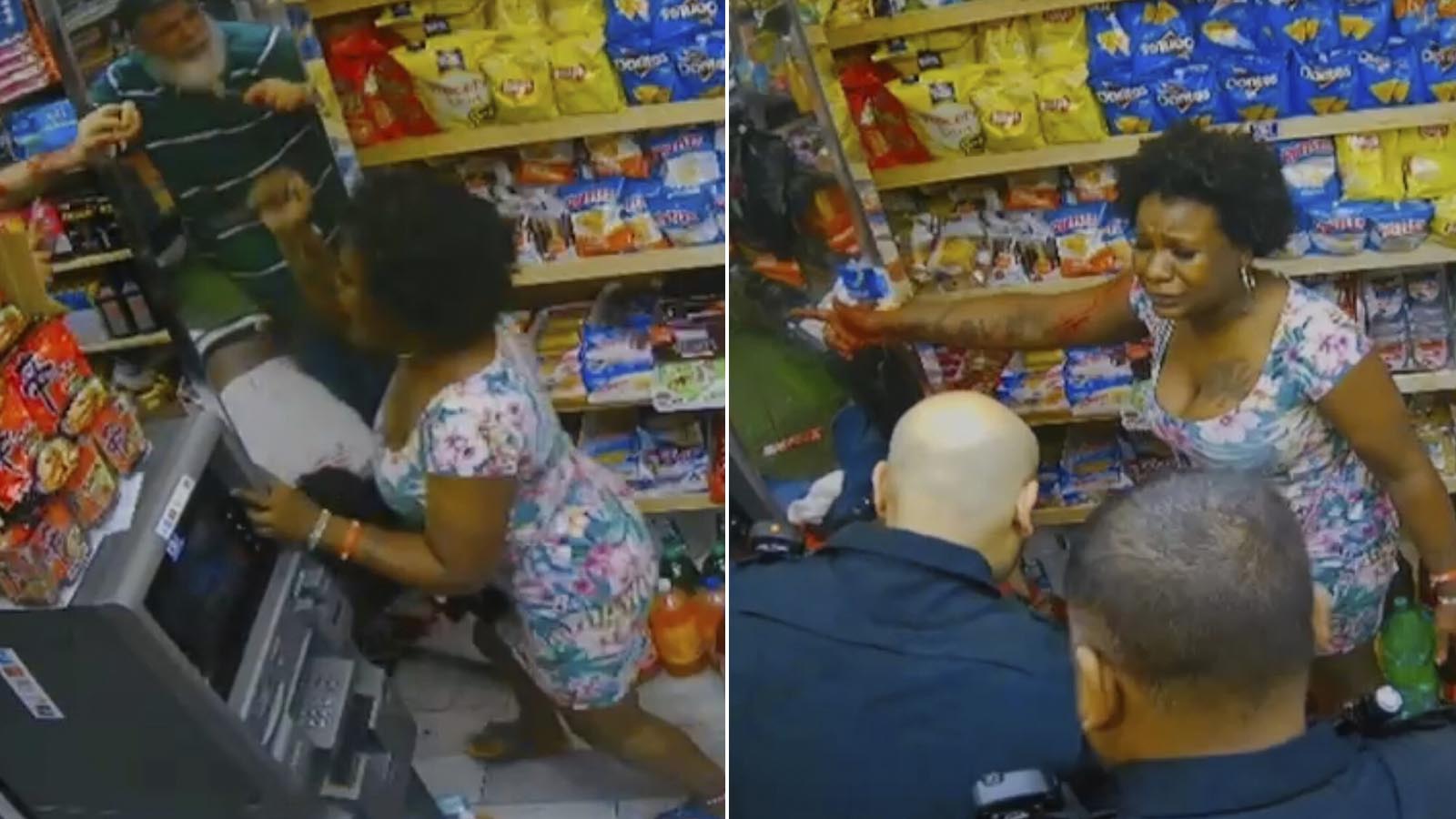 Shocking new video obtained by The Post shows the harrowing moment Manhattan bodega worker Jose Alba was apparently stabbed himself while fending off and fatally slashing a violent ex-con who attacked him.

In the chilling footage, Alba, 61, battles back and slashes career criminal Austin Simon inside the Manhattan bodega July 1 — as the former convict’s girlfriend appears to pull a knife from her purse and stab the worker.

Simon was later pronounced dead, while Alba was charged with his murder.

The footage provides a new view of the bloody exchange. Simon’s unidentified girlfriend has not been charged in the case.

The new footage shows Simon, 35, from a different angle going behind the counter and confronting Alba, who then scuffles with the younger man and pulls a knife from a candy shelf.

Alba is seen repeatedly stabbing Simon and, after a few moments, the woman who has been identified as Simon’s girlfriend appears to take a knife from her purse and stab the worker.

Police sources said Alba was stabbed during the assault but that the girlfriend denied to cops that she knifed him.

The bodega clerk’s lawyer said during his arraignment last week that Simon’s girlfriend stabbed the worker three times in the shoulder and hand.

The new footage shows Simon then laying to the back of the register in a pool of blood. Alba is seen in the background still holding the bloody knife.

The girlfriend is seen crying and seems to be attempting to revive Simon at one point. 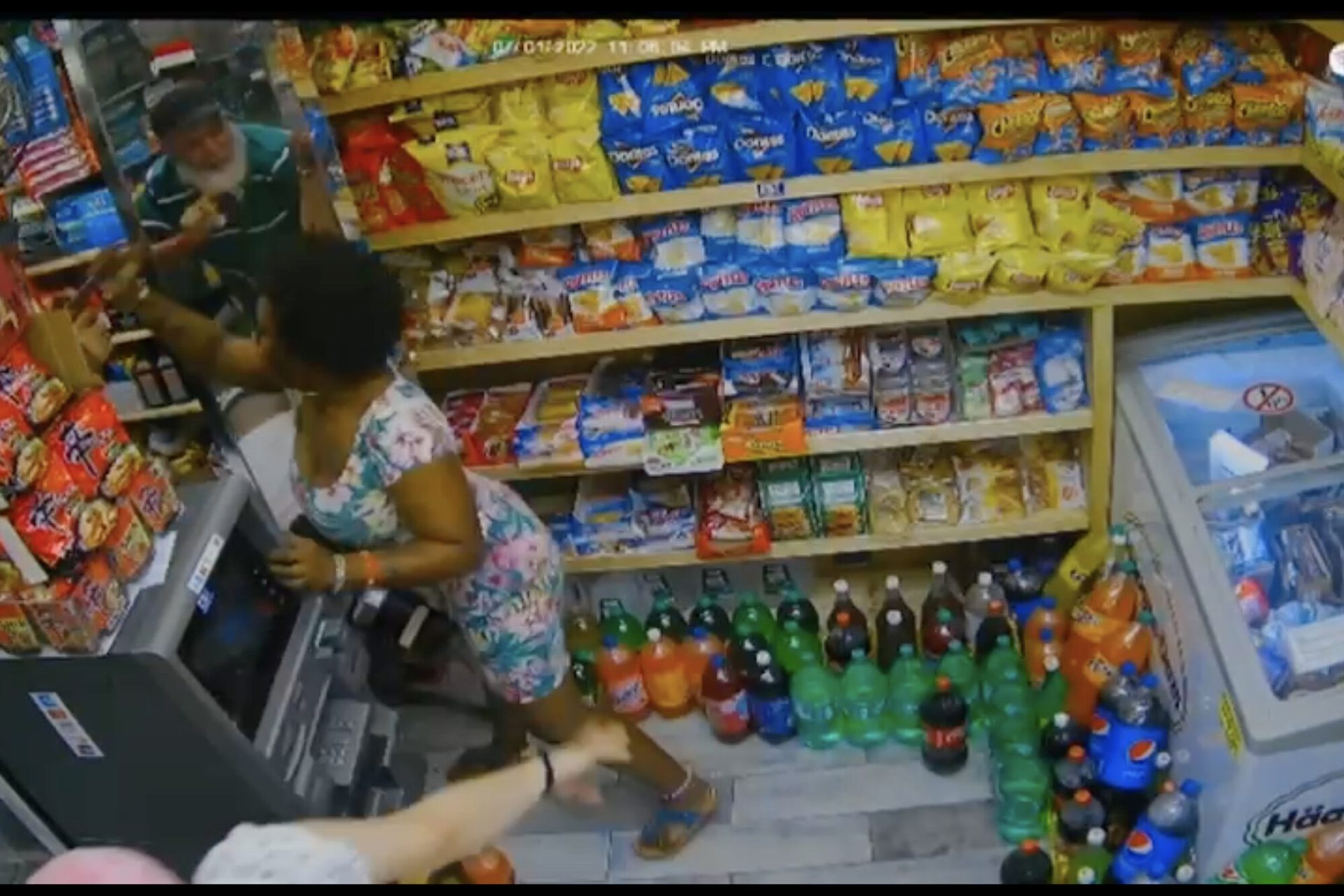 Police arrive and take Alba, who suffered apparent stab wounds to the shoulder, into custody.

The video comes after earlier surveillance clips showed Alba getting thrown into a wall by Simon, and another of Alba pleading with the younger man after he storms in.

“Papa, I don’t want a problem,” Alba says in one of the earlier clips.

The hard-working immigrant was charged with second-degree murder and ordered held on $250,000 bail until prosecutors negotiated a $5,000 bond last week.

Alba is now home under tight monitoring pending his next court appearance.