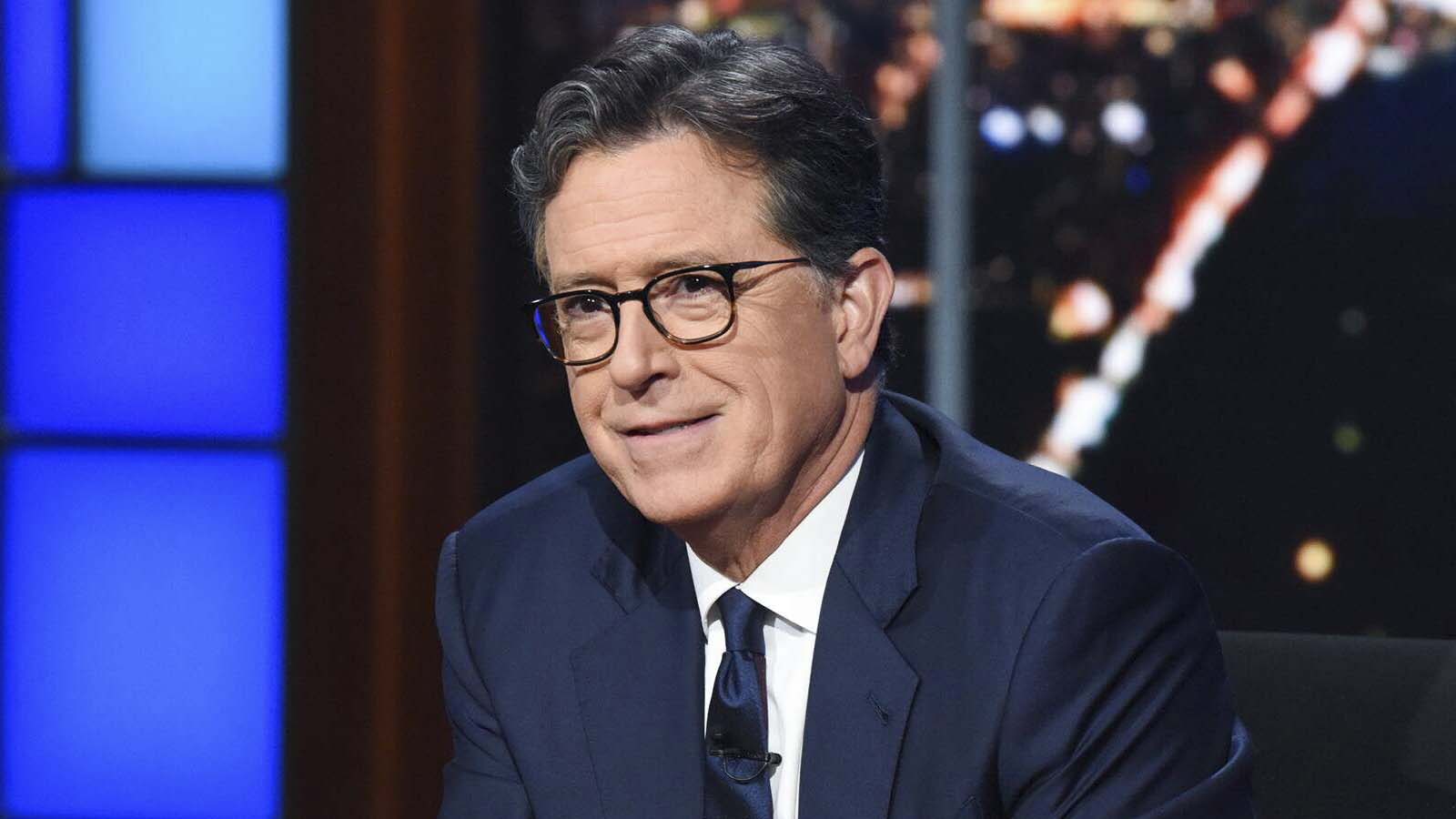 Charges have been dropped against nine leftist activists working for television host Stephen Colbert after they illegally occupied the U.S. Capitol complex in June.

“After a comprehensive review of all of the evidence and the relevant legal authority, the U.S. Attorney’s Office for the District of Columbia has determined that it cannot move forward with misdemeanor charges of unlawful entry against the nine individuals who were arrested on June 16, 2022 at the Longworth Office Building. The individuals, who entered the building on two separate occasions, were invited by Congressional staffers to enter the building in each instance and were nee4r asked to leave by the staffers who invited them, though, members of the groups had been told at various points by the U.S. Capitol Police that they were supposed to have an escort,” the U.S. Attorney’s Office for the District of Columbia released in a statement Monday night.

“The office would be required to prove beyond a reasonable doubt that these invited guests were guilty of the crime of unlawful entry because their escort chose to leave them unattended. We do not believe it is probably that the Office would be able to obtain and sustain convictions on these charges. The defendants will no longer be required to appear for a scheduled hearing in the Superior Court of the District of Columbia on July 20, 2022,” the statement continues. 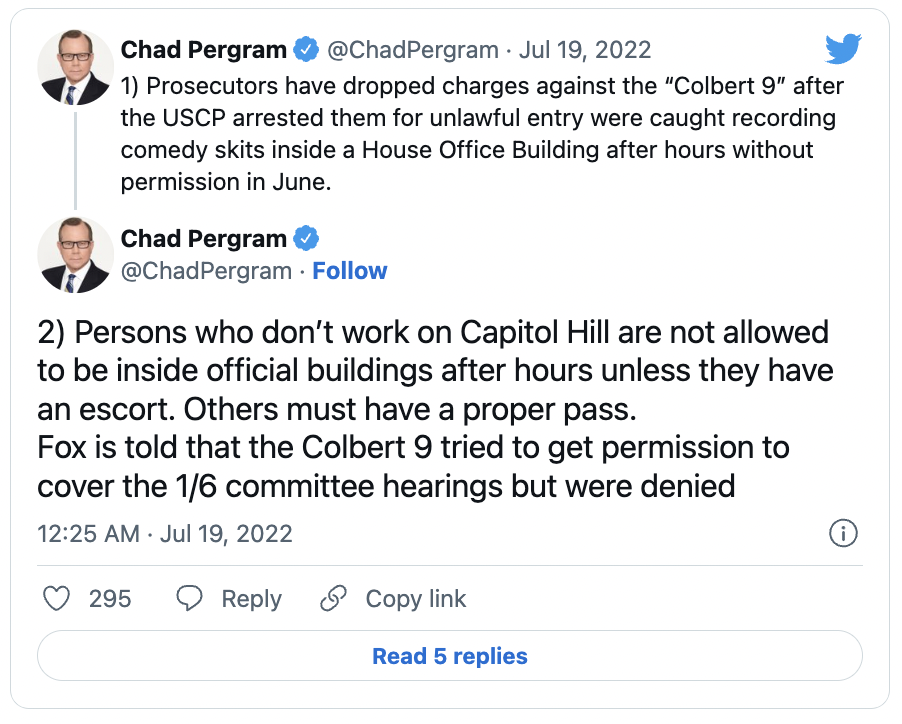 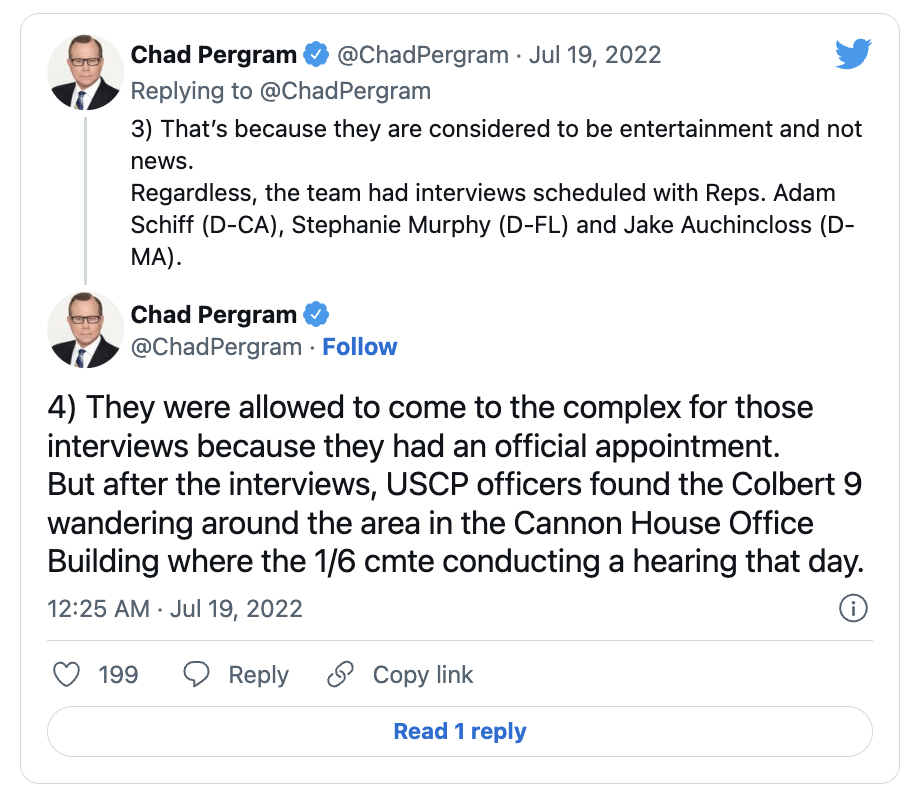 6) Capitol Police escorted the Colbert 9 out of the building because they had been denied a credential and were still trying to cover the hearing.
Then, after 4 pm et, an aide to Auchincloss let the Colbert 9 back into the Capitol complex.

9) Capitol Police arrested the nine and charged them with unlawful entry. They spent part of the night in jail before being released early the next morning. They were slated to have a court appearance on Wednesday.
Among those arrested: Robert Smigel.

11) Sources close to the Capitol Police tell Fox this undercuts law enforcement as they try to secure the Capitol complex after the riot.

The news comes as the Department of Justice continues to viciously prosecute non-violent Americans who walked through the U.S. Capitol on January 6. In many cases, U.S. Capitol Police officers held open doors and allowed them to walk in.

.@nedryun Joins @JesseBWatters To React To Charges Against The Colbert 9 Being Dropped

Last week 69-year-old cancer patient and grandmother Pam Hemphill was sentenced to federal prison for her non-violent behavior on January 6.

Joe Biden’s justice department is sending a 69 year old grandma with breast cancer to prison for 60 days for trespassing and entering the Capitol on January 6th. Shameful. pic.twitter.com/nSadgFAsH9