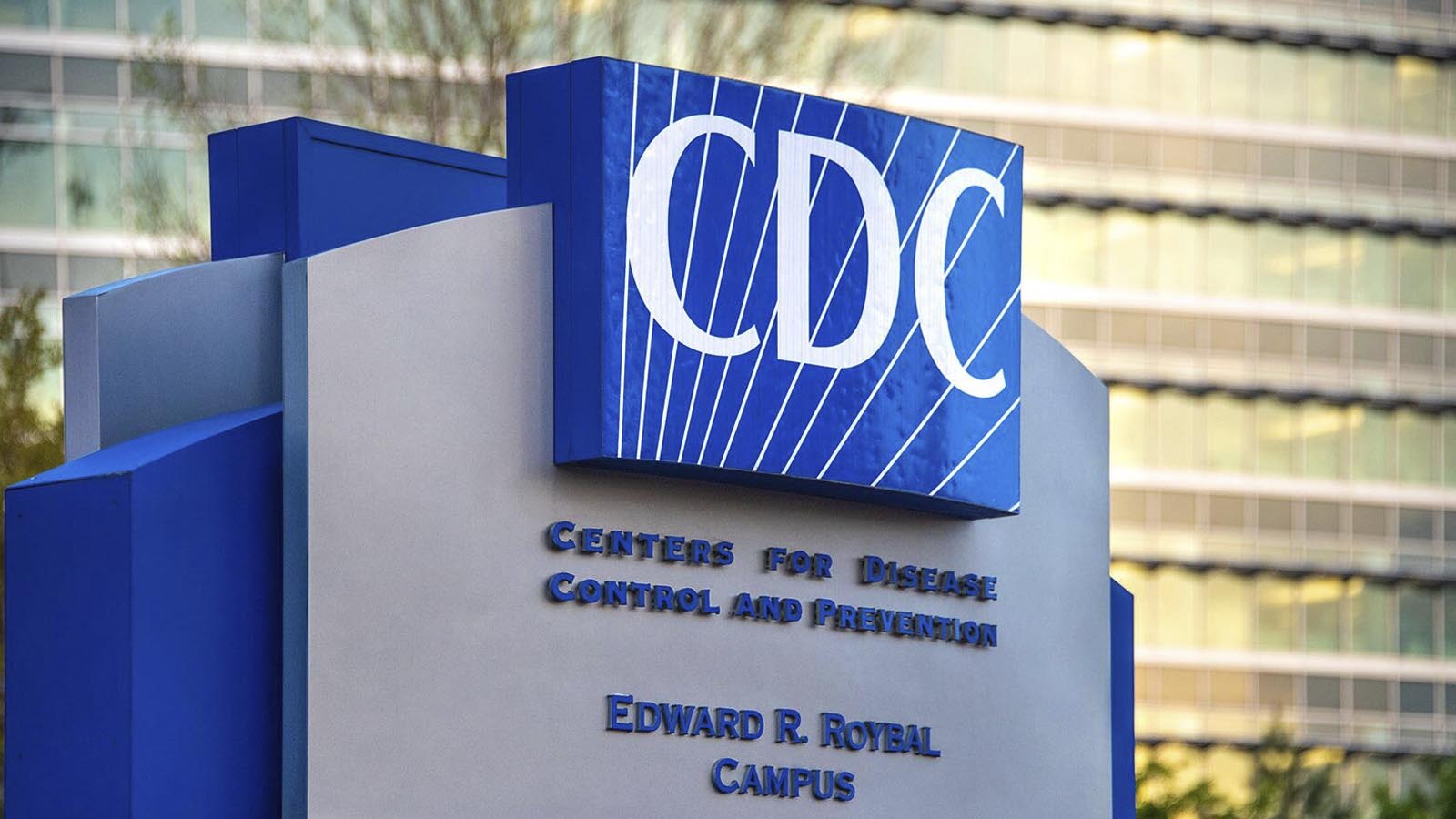 The CDC just put out a safety warning about the Pfizer COVID bivalent booster. It appears that it may be causing strokes. 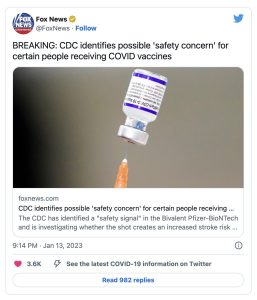 The Centers for Disease Control says that a preliminary COVID-19 vaccine “safety signal” has been identified and is investigating whether the Bivalent Pfizer-BioNTech vaccine creates an increased risk of ischemic stroke in people 65 and older.

In the statement, the CDC says that the preliminary signal hasn’t been identified with Bivalent Moderna COVID-19 vaccine.

Safety signals do not indicate proof that vaccines are causing a problem, but they are evidence that there is a possible correlation between the events and the vaccine.

It is interesting to note that the events in question are ischemic strokes. Ischemic strokes are caused by a loss of blood flow to parts of the brain, so they are a vascular phenomenon, suggesting that ischemic events could clearly be happening in other parts of the body.

Like the heart. Heart attacks are ischemic in nature, which a blockage in an artery causes damage or death by preventing the perfusion of the heart with oxygen.

This is certain to fuel speculation about the apparent rash of sudden deaths and heart attacks in otherwise healthy people, although the CDC is very careful to say that right now they only have a “safety signal,” not anything definitive. They downplay the significance of the signal and continue to recommend that people get the vaccine.

“Following the availability and use of the updated (bivalent) COVID-19 vaccines, CDC’s Vaccine Safety Datalink (VSD), a near real-time surveillance system, met the statistical criteria to prompt additional investigation into whether there was a safety concern for ischemic stroke in people ages 65 and older who received the Pfizer-BioNTech COVID-19 Vaccine, Bivalent.”

“Rapid-response investigation of the signal in the VSD raised a question of whether people 65 and older who have received the Pfizer-BioNTech COVID-19 Vaccine, Bivalent were more likely to have an ischemic stroke in the 21 days following vaccination compared with days 22-44 following vaccination,” the CDC said in a statement Friday.

"The CDC is now saying there have been enough cases of people who have received the vaccine and then suffered a stroke" pic.twitter.com/fUk5mtu7HD

If it turns out that this “safety signal” proves to signal a real problem that would buttress people’s fears about heart-related incidents, for obvious reasons. Strokes are vascular events and have essentially the same mechanism as heart attacks.

One note of caution regarding jumping to conclusions: this safety signal is in older people, not the cohort where heart problems appear to be most involved. Myocarditis is not generally caused by ischemia, but rather from inflammation. However ischemia can involve any part of the body, for instance causing peripheral artery disease. Ischemia–restricted blood flow–can happen anywhere in the body, obviously. It’s just that the heart and brain are the most vulnerable.

If the problem being identified here is related to the myocarditis risk, you would expect there to be a signal in young men in particular given its greater prevalence in that group.

All in all this is a bad look for the CDC and sure to fuel suspicion. They will argue they are being ultra-transparent, proving their credibility.

My guess is that most people won’t see it that way, fairly or not.

UPDATE: The “safety signal” appeared in November and they are just revealing this now. They claim they are being transparent, but this is a bad sign. The WaPo downplays this, saying that they were looking into it and data doesn’t confirm the signal, but the CDC itself says they are still studying the matter. This isn’t exactly transparent in my book.

A vaccine safety monitoring system in late November picked up a signal that the updated Pfizer coronavirus vaccine booster was possibly linked to an increased risk of strokes in people 65 and older. But a deep dive into several large databases failed to confirm the preliminary information, leading federal health officials to conclude the risk is extremely low — and probably nonexistent, those officials said Friday.

The Centers for Disease Control and Prevention, whose system detected the early signal, and the Food and Drug Administration, which also assesses vaccine safety, have decided there is no need to change the recommendation that everyone 6 months and older should stay up to date with their coronavirus vaccinations, including those 5 and older who are eligible for the updated booster,according to agency officials who discussed the situation on background.

The early signal involved the bivalent booster — which targets the original virus and omicron subvariants and became available starting in September — that is made by Pfizer and its German partner, BioNTech. It did not apply to Moderna’s updated booster, officials said.

Here’s how the WaPo plays this. Interesting spin.