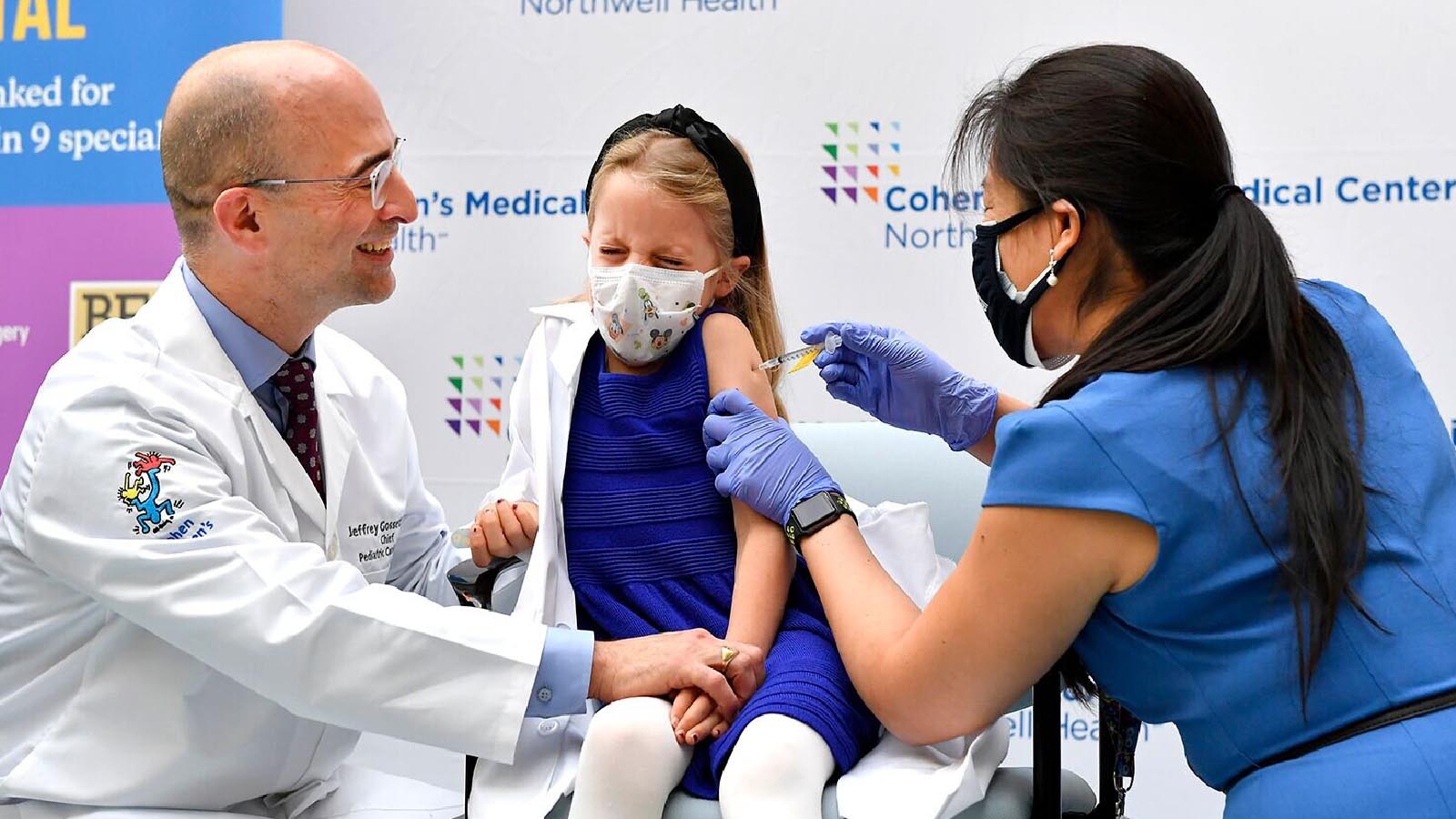 The Centers for Disease Control and Prevention (CDC) showcased highly misleading data about the risk of COVID-19 to kids when its expert vaccine advisers voted to recommend vaccines for children under five years old.

The agency featured a pre-print study ranking causes of death in children when it presented data to its Advisory Committee on Immunization Practices (ACIP) earlier this month, after which the committee voted to recommend kids aged six months through four years get vaccinated for COVID-19. The study claimed to show that COVID-19 was a leading cause of death for children in the United States during the coronavirus pandemic, but observers quickly pointed out major flaws in the data which rendered it misleading.

The paper ranks COVID-19 as a top six cause of death for age brackets from 0-19, including under one year old, 1-4 years old, 5-9 years old, 10-14 years old and 15-19 years old. It’s unclear why the authors include 18- and 19-year-olds in pediatric data. A majority of the researchers involved in the paper are from the United Kingdom, where the age of majority is 18 in most jurisdictions.

Another big issue with the CDC data presentation is the conflation of deaths caused directly by COVID-19 versus those for which COVID-19 was just a “contributing” factor. The authors state “we only consider Covid-19 as an underlying (and not contributing) cause of death,” but that is false.

The paper cites data from the National Center for Health Statistics (NCHS), which tabulates COVID-19 deaths by including any death certificate on which COVID-19 is mentioned, not just cases where it was the primary reason for death. The NCHS data cited by the researchers claims there have been 1,433 pediatric COVID-19 deaths through April 30, 2022. However, the CDC’s own data, which counts only deaths where the virus was the underlying cause, reported 1,088 pediatric deaths during that time period. That’s nearly 25% lower.

When the data is annualized and only includes deaths where the virus was the underlying cause, COVID-19 does not rank as a leading cause of death for young children. For kids under one year old, it ranks 9th, behind influenza and pneumonia, heart disease and homicide. Accidents are about 25 times as likely to kill an infant than COVID-19, according to the CDC data.

The CDC did not respond to multiple requests for comment when asked why it presented this misleading data and how that study made it though the agency’s rigorous review process. The FDA did respond after multiple attempts at contact, stating that “FDA speakers in the June 14-15th meeting of the Vaccines and Related Biological Products Advisory Committee (VRBPAC) did not cite the study in question in their presentations. FDA’s press release announcing the authorizations explains the basis for our determinations.”

An FDA press officer recommended reaching out to the CDC for further questions about the research they presented at the FDA meeting.

The Daily Caller reached out to all 11 authors listed as contributors to the research. Only one responded, Dr. Deepti Gurdasani, an epidemiologist and senior lecturer in machine learning at Queen’s University of London. Deepti wouldn’t comment on the effect of publishing fundamentally flawed research affecting the healthcare of children other than to take a pot shot at Fox host and Daily Caller co-founder Tucker Carlson.

“I also see you’re founded by Tucker Carlson… frankly, I am surprised by your stated commitment to accuracy here, given that!!! But well….” she wrote in response to questions.

We have received some feedback and criticism along several dimensions. We are planning to update the preprint to take into account some of this feedback, primarily by focusing on Covid as an underlying cause of death using CDC WONDER Provisional Mortality Statistics. 2/3

One author of the study, Dr. Seth Flaxman, a computer science professor at the Imperial College of London, tweeted after the flaws in the paper were brought to light that the team is working on a revised version to be shared soon. At the time of publication for this article, the revised study did not yet appear to be available. Flaxman did not respond to a request for comment.

These CDC ACIP slides make the case for vaccinating children <5.#covid19 may be milder in kids than adults, but it's still a top reason for child fatality.

We give routine childhood vaccinations for other diseases that cause less deaths–because the point is to prevent them. pic.twitter.com/oGG0OuneWS

The false numbers were parroted by a number of mainstream sources. The data was tweeted out by Trump-era Surgeon General Jerome Adams and former Planned Parenthood president turned CNN medical commentator Leana Wen. However, it was also criticized by a number of healthcare professionals, including Dr. Vinay Prasad.

This is why todays news from @US_FDA is so important. If you don’t want to protect YOUR kids from one of the top 5 causes of death, that’s on you. But don’t stand in the way/ try to stop other parents from protecting their own damned kids… https://t.co/VxM6vol70N

If the FDA/ CDC makes vaccine decisions based on false, misleading, and fear-mongering propaganda, and that is revealed….

Should the decisions be revisited? https://t.co/FQ2iJAloQT

Still, the CDC continues to recommend getting vaccinated for all American children older than six months.