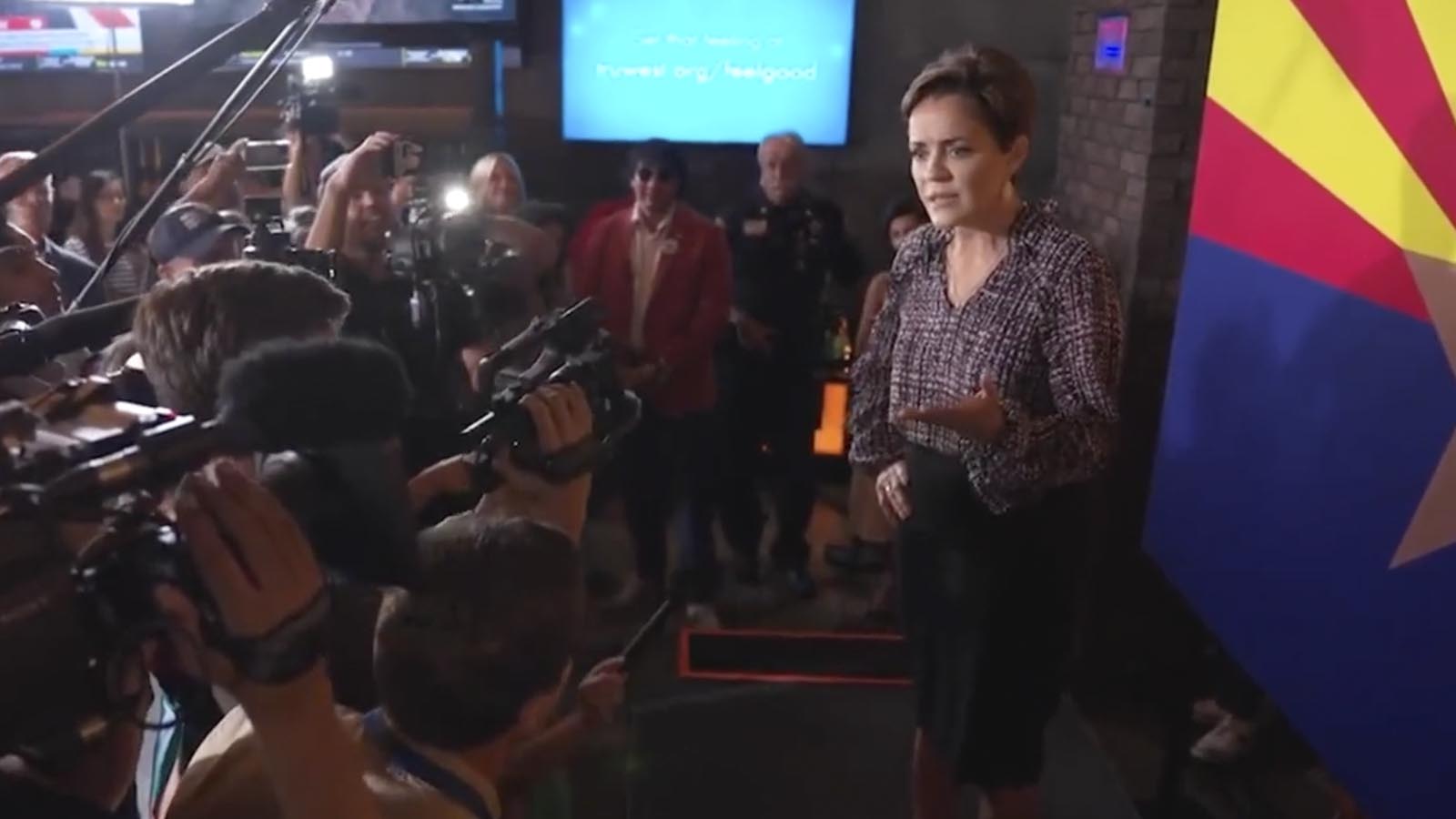 With less than a week to go, the media continues to try and trip-up Arizona Republican gubernatorial candidate Kari Lake. They should stop—they should’ve stopped weeks ago. The latest trap set was by a CBS News reporter who asked Lake for a comment regarding an attack ad that blames her for the death of Capitol Police Officer Brian Sicknick. The media spot features Sicknick’s mother. It’s a sensitive subject that requires a candidate to be sharp and polished to deploy countermeasures and neutralize the narrative here. Lake did that precisely, which shouldn’t shock anyone being a former television journalist.

First, Lake gave her condolences to Mrs. Sicknick, saying that losing a child at any age is one that you don’t recover from—Lake is a mother herself. She called the incident a tragedy and noted that she would not disparage Mrs. Sicknick, not least because she’s lost her son. Lake doesn’t know her and vice versa, so there’s no comment to be fetched here.

The Republican gubernatorial candidate was nowhere near the U.S. Capitol on the day of the riot. Still, Lake and the reporter noted that rioters didn’t kill Sicknick—he died of a stroke a day later. It was natural causes, though scores of media figures smeared Republicans for being cop killers. Once again, liberals prove to be fake news hatcheries.

Lake added that she sees the same pain in the eyes of parents, mothers especially, who have lost their children to the fentanyl crisis directly due to the lack of border security. These drugs are flooding into the United States, killing scores of Americans daily. Immigration and securing the southern border have become a salient issue with voters again, benefiting Republicans.

It was a good pivot. It redirected to the issue Lake wanted to hit on in the waning days of the election while adding that she’s been raked over the coals with these attack ads, but they’re ineffective due to her decades-long career on television. Arizona voters know her, so the advertisements which paint her as a right-wing crank fall flat. I know we’re used to this woman smacking down the media, dredging up the receipts, and embarrassing the media for peddling misinformation about her. Responding to this ad in such a manner would be a misstep.

This was a nice redirect, now, move on and win this thing.