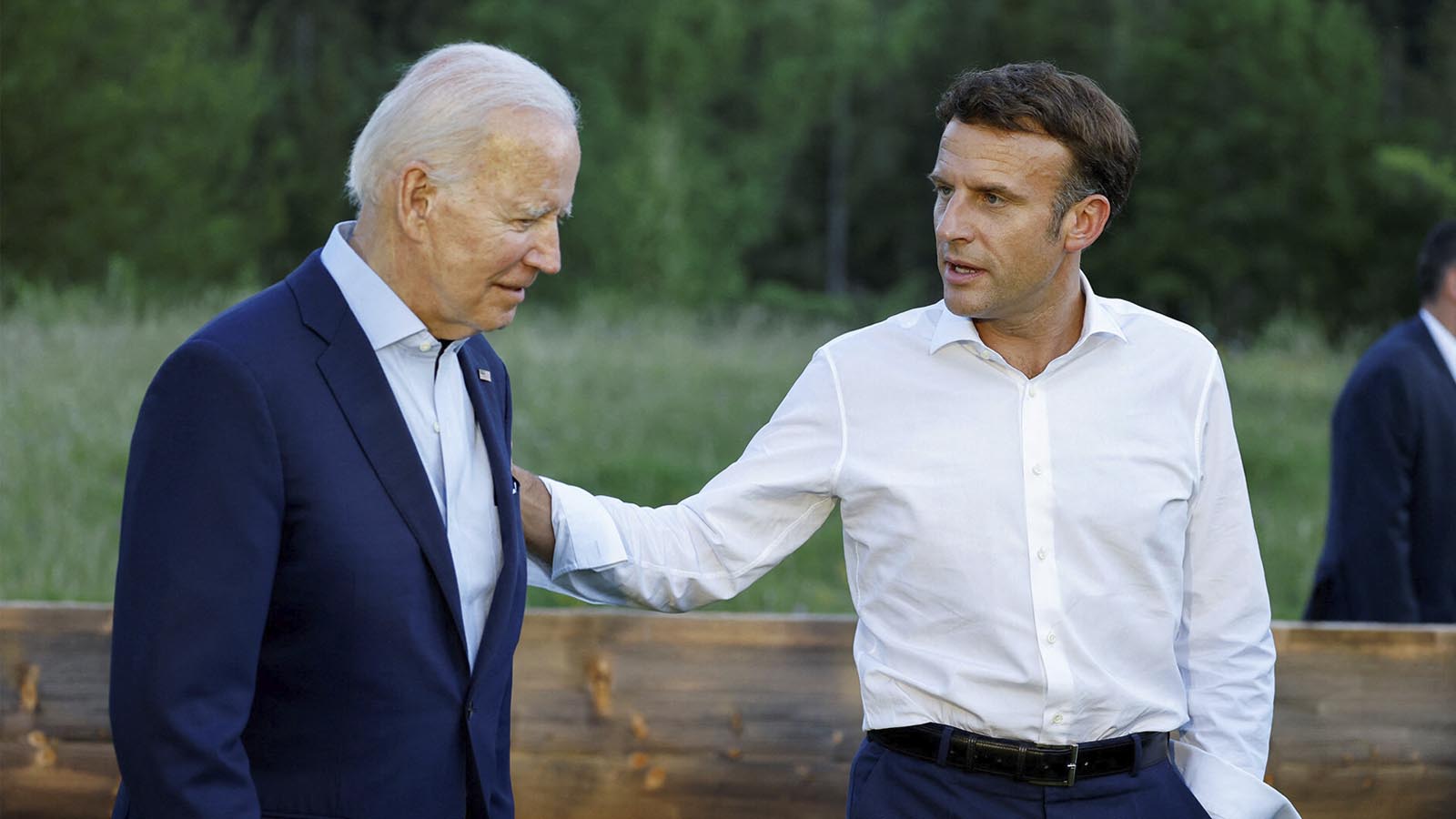 Macron spoke to Biden Monday at the G7 summit in an informal interaction that was widely shared on video, according to Newsweek.

Biden is seeking an increase in oil production to address the gas price hikes that have become a political albatross around Biden’s neck.

“I had a call with MbZ,” Macron said, which has been widely interpreted to mean United Arab Emirates leader Sheikh Mohammed bin Zayed al-Nahyan, according to the Daily Mail.

Biden was counting on Arab nations to produce more oil but a few hours ago French President Macron was overheard telling Biden that the United Arab Emirates is at max capacity & the Saudis can’t produce much more. It appears to be a direct appeal to Biden to produce more oil. pic.twitter.com/vRWJVpn3El

This is a game-changing revelation since Biden was counting on Saudi Arabia & UAE. They were the only two OPEC nations perceived to have spare capacity.

Macron’s revelation means that it’s up to the U.S. to produce more oil, and soon, or the energy crisis will get much worse.

“Second, the Saudis can increase a little bit, by 150 [thousands barrels per day] or a little bit more, but they don’t have huge capacities at least before six months’ time,” he said, according to Newsweek.

Although Macron might have had more to say, Jake Sullivan, Biden’s national security adviser, tried to interrupt the conversation, according to the New York Post,

“Careful. Maybe we should just step inside … because of the cameras,” Sullivan said.

The UAE issued a statement Monday about its ability to produce more oil.

“In light of recent media reports, I would like to clarify that the UAE is producing near to our maximum production capacity based on its current OPEC+ production baseline (3,168 mbopd [thousand barrels of oil per day]) which UAE is committed by until the end of the agreement,” UAE Energy Minister Suhail Al Mazrouei told state news agency WAM on Monday, according to Newsweek.

Biden’s refusal to expand oil and gas production in the US in the midst of the worst energy crisis in 50 years was insane *before* Macron’s revelation.

Now, if Biden doesn’t act, he is effectively renouncing America’s standing as the leader of the free world. https://t.co/wkT9G2ABo5

When not blaming Russian leader Vladimir Putin for soaring gas prices, Biden has blamed oil companies for amassing record profits when they should be lowering gas prices, according to the Associated Press.

Michael Wirth, chairman and CEO of Chevron, responded by saying Biden has made the situation worse.

“[Y]our Administration has largely sought to criticize, and at times vilify, our industry. These actions are not beneficial to meeting the challenges we face and are not what the American people deserve,” he wrote in a letter to Biden on June 21.

“Let’s work together. The American people rightly expect our country’s leaders and industry to address the challenges they are facing in a serious and resolute manner.”