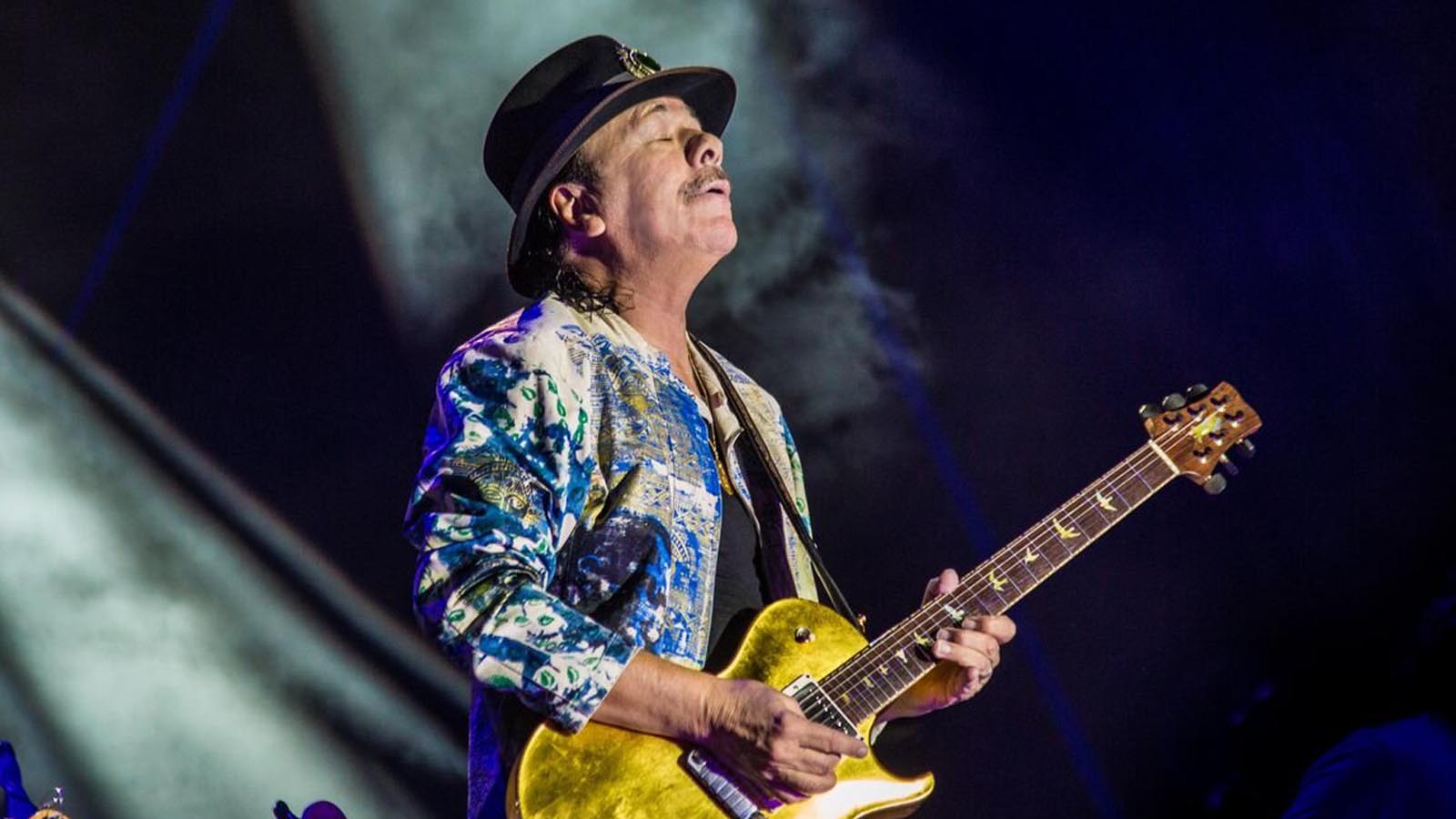 Famed guitarist Carlos Santana collapsed on stage during his concert Tuesday night in Michigan, and the crowd was reportedly told to pray for the rock and roll star who was suffering from a “serious medical issue.”

The 74-year-old rocker took the stage in Clarkston, a suburb of Detroit, at the Pine Knob Music Festival, and while performing, suddenly collapsed to the floor, leaving fans wondering what had just occurred. 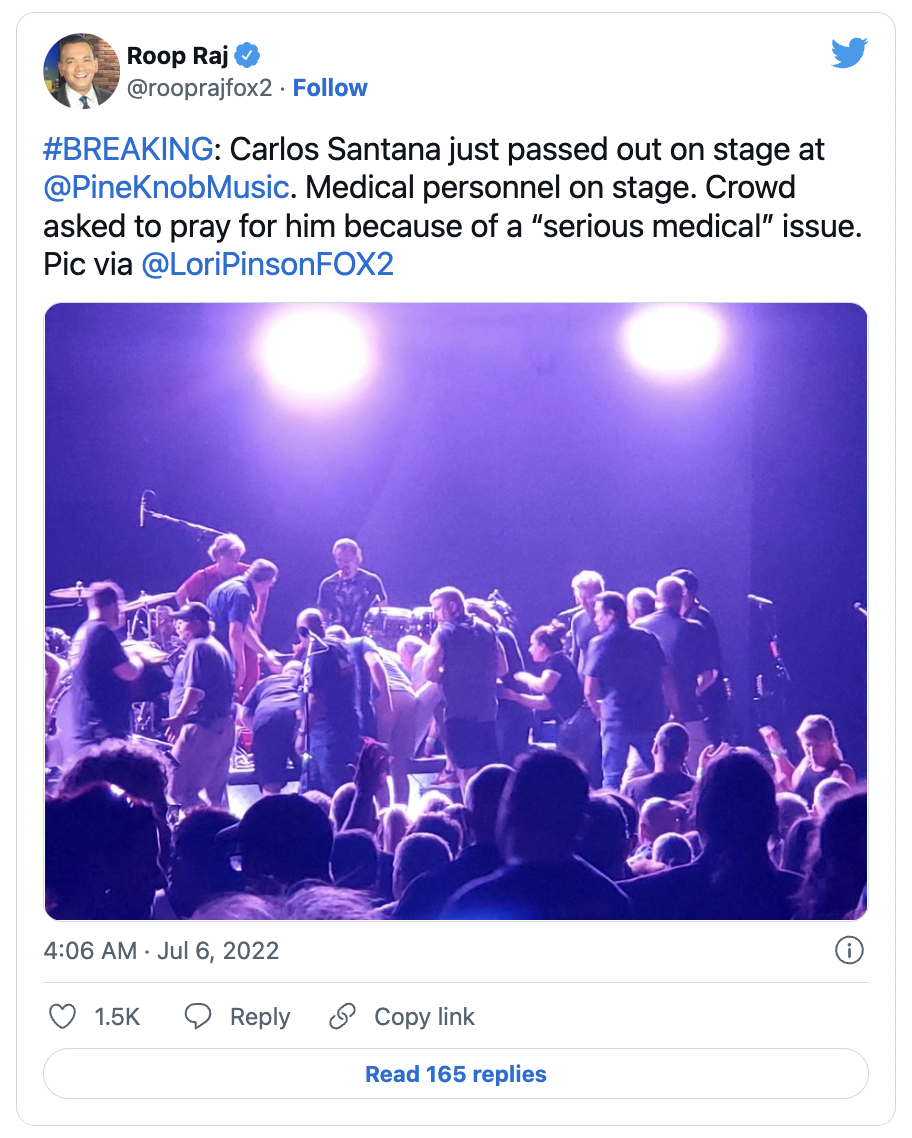 ⁩”Medical personnel on stage,” Raj added. “Crowd asked to pray for him because of a ‘serious medical’ issue. Pic via ⁦@LoriPinsonFOX2.”

A video also surfaced on Twitter showing the performer waving to fans as he was being taken off the stage on what appeared to be a gurney. His condition was unclear, as a giant black sheet was held in front of him as he was removed from the stage.

#BREAKING Carlos Santana being treated by EMS after a “serious medical emergency” at #pineknob – audience asked to leave – and pray. pic.twitter.com/kdqd5yDxK7

The show in Michigan was part of the veteran guitarist’s summer-long “Miraculous Supernatural 2022” tour with Earth, Wind & Fire, which kicked off in June and is supposed to run through August, as Variety noted.

“The Black Magic Woman” hitmaker underwent what his management called an “unscheduled” heart procedure last year. At the time, Santana released a video for fans as he explained that he had asked his wife to take him to the hospital because of an issue with his chest, ABC News noted previously.

“I’m going to be taking time off for a little bit to make sure that I replenish and rest,” the guitarist shared.

“Carlos is doing fantastic and is anxious to be back on stage soon,” Michael Vrionis, president of Universal Tone Management, told the outlet following the procedure. “He profoundly regrets that this ‘speed bump’ necessitated the cancellation of his upcoming performances.”

The procedure resulted in the cancellation of a handful of his shows during his residency in Las Vegas, but he later resumed doing shows the following month. No word yet if Tuesday night’s medical issue has any connection to the medical procedure from December.