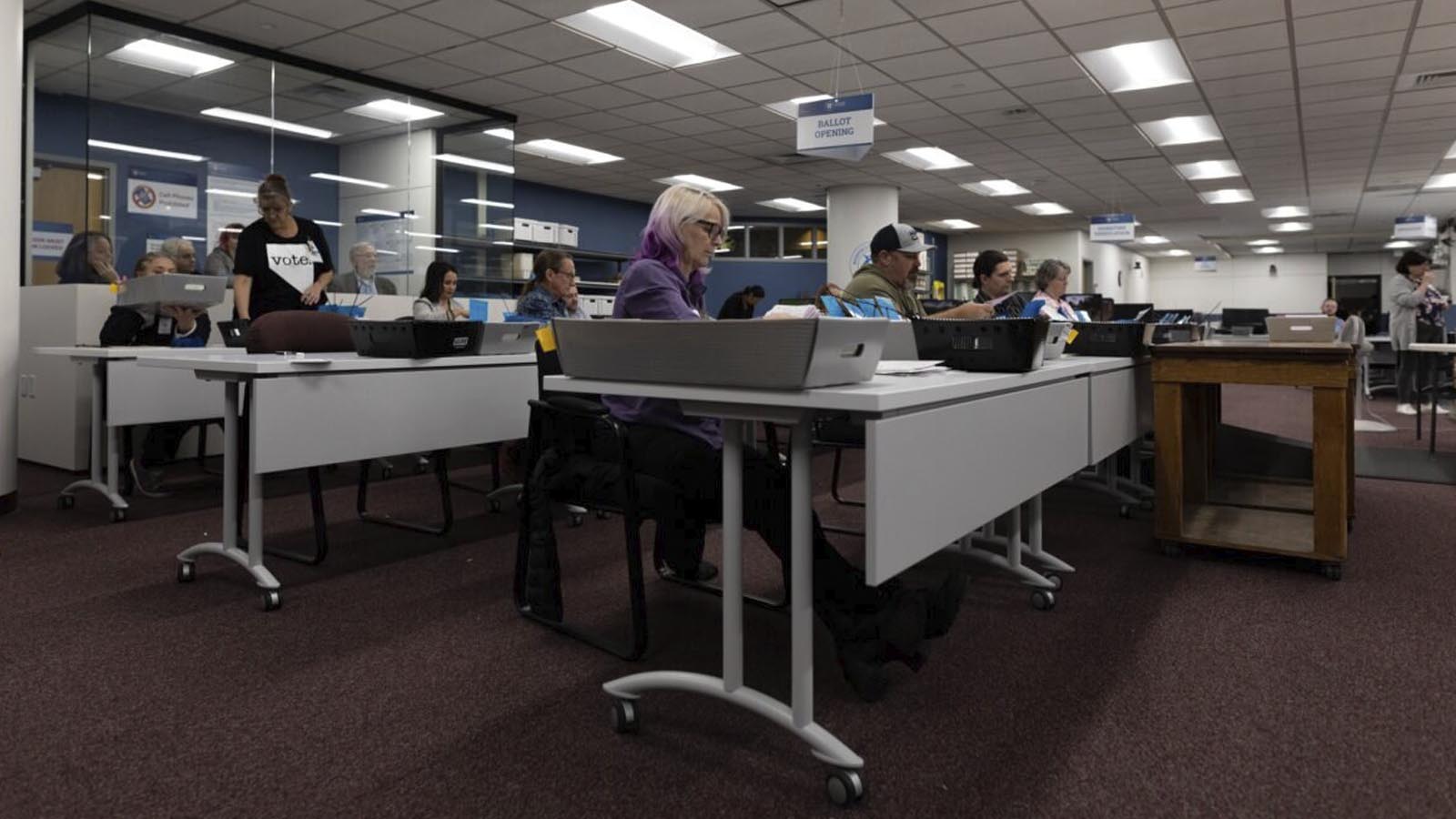 The livestream computer application that provides the feeds “lost connection with” the cameras at 11:24 p.m. on Wednesday, according to Bethany Drysdale, a spokesperson for Washoe County.

All staff members left for the night about an hour before the issue and none returned until 7 a.m. on Thursday morning, county officials said.

The connection was restored just before 8 a.m. on Nov. 10.

The Washoe County security administrator was said to have reviewed security cameras at the building, which run on a different system. The cameras showed that no person entered the ballot room or Registrar’s Office while the live feeds were cut off.

A review of staff badges also indicated that no one entered the ballot room or office.

“In the future we will look for a solution that would prevent software disruptions or simply not offer a courtesy livestream feed,” Drysdale said in a statement. “Washoe County has been at the forefront of trying to innovate election transparency, but we have moved from an election night to a much longer election timeframe. The technology we are using to provide this livestream cannot keep up with these demands. We suggest enhancing transparency with security cameras rather than courtesy livestream cameras in future elections.”

Washoe County is among multiple counties in Nevada that have not yet completed tallying for the midterms, even though polls closed on Tuesday night.

Some 100,000 ballots, all cast by mail, remained uncounted as of Thursday afternoon, the Reno Gazette Journal reported. That included more than 50,000 ballots in Clark County.

State law requires election officials to count absentee ballots as long as they were postmarked by Election Day and received by Sunday.

Laxalt still leads Cortez Masto by about 9,000 votes while Aguilar has about 5,350 more votes than Marchant, according to results posted by the office of the Nevada Secretary of State.

Laxalt and the senator have each said they’re confident they will be the winner when the vote count is finally done.

That race could end up determining which party controls the Senate, which is currently split 50–50. Democrats can break ties through Vice President Kamala Harris, the president of the upper chamber.

Two other races—Arizona and Georgia, the latter heading to a runoff—remain uncalled. The race in Alaska is uncalled but Republicans have the top two vote-getters.