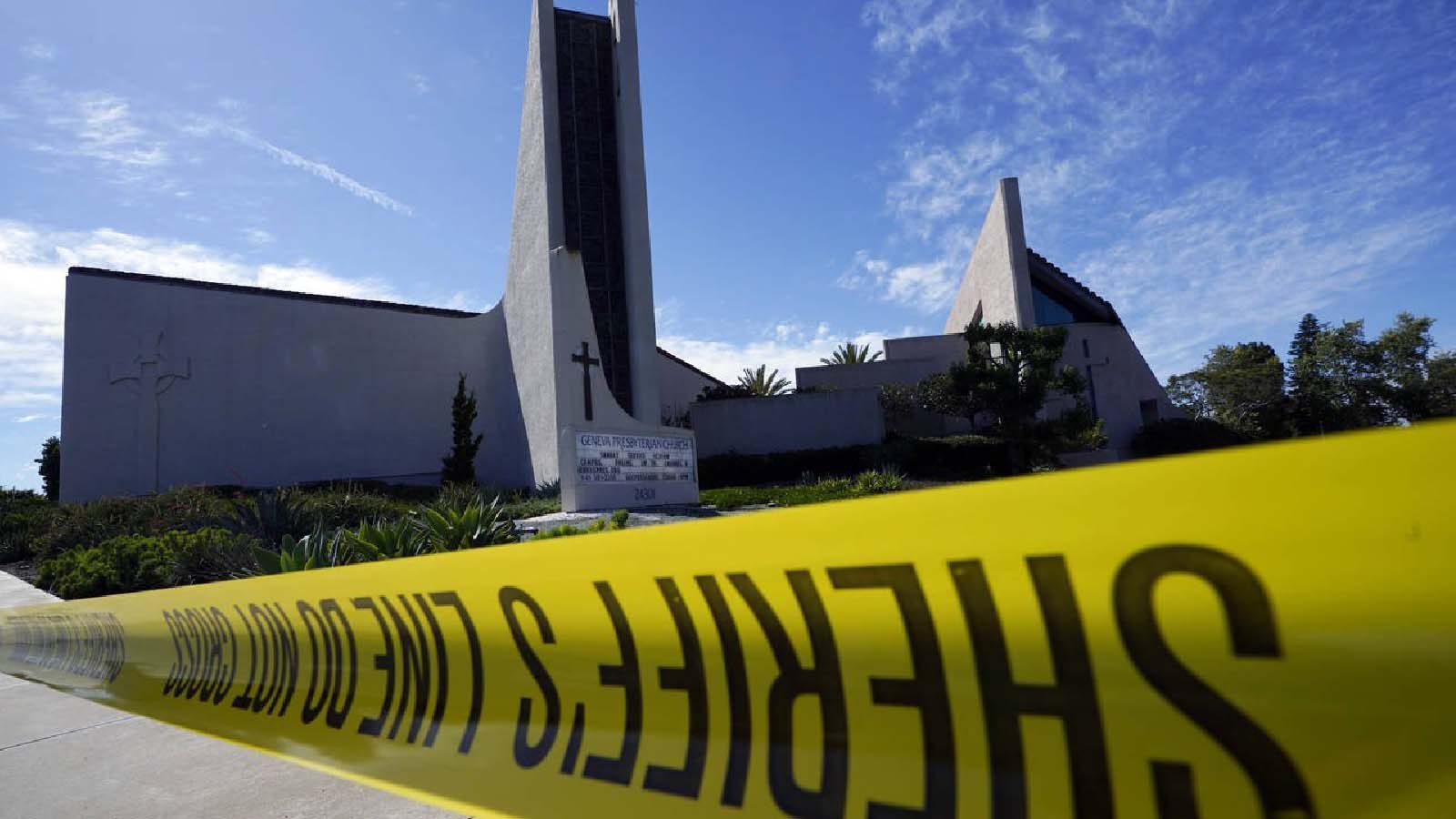 With the deadly mass shooting in Buffalo, NY, by a white supremacist and self-described “moderate left authoritarian” still making headlines, another mass shooting occurred in Laguna Woods, CA, on Sunday. As of now, one person is dead and four more are in critical condition.

In what can only be described as a supreme act of heroism, multiple members of the church that was attacked tackled the shooter and hogtied him with an extension cord.

The latest comes from the Associated Press.

A man who opened fire during a lunch reception at a Southern California church on Sunday was detained by parishioners, according to a sheriff’s official who called their intervention an act of “exceptional heroism and bravery.”

One person was killed and four others were critically wounded in the afternoon shooting at Geneva Presbyterian Church in the city of Laguna Woods, Orange County Sheriff’s Department officials said.

The suspect has now been partially identified. He is an Asian man in his late-60s, who is originally from Las Vegas, and per other reports, does not live in the local area.

New: A law enforcement source said officials believe the suspect was a 68-year-old Asian man who is originally from Las Vegas. No other details were available.

The victims were described as mostly Asian and mostly of Taiwanese descent, authorities said. https://t.co/S566hPeRum

Regarding a motive, as is typical with mass shootings that don’t fit the predominant narrative, law enforcement is being very tight-lipped. They are not even saying if it’s a hate crime or not. To this day, we still don’t have an official motive for the Waukesha massacre assailant, so I wouldn’t expect to receive one in this case anytime soon. It’s hard to not be cynical in these cases, given how much politics obviously plays a role in how these incidences are covered and what information is released.

In the end, the race of the shooter is irrelevant. All races contain evil people who do evil things. That some feel the need to cast aspirations on large groups of people for the actions of a single individual is gross. Unfortunately, it’s become all too common, and because this shooter doesn’t fit the mold, you can expect this story to leave the news cycle rather quickly. I wish that weren’t true, but it is what it is.