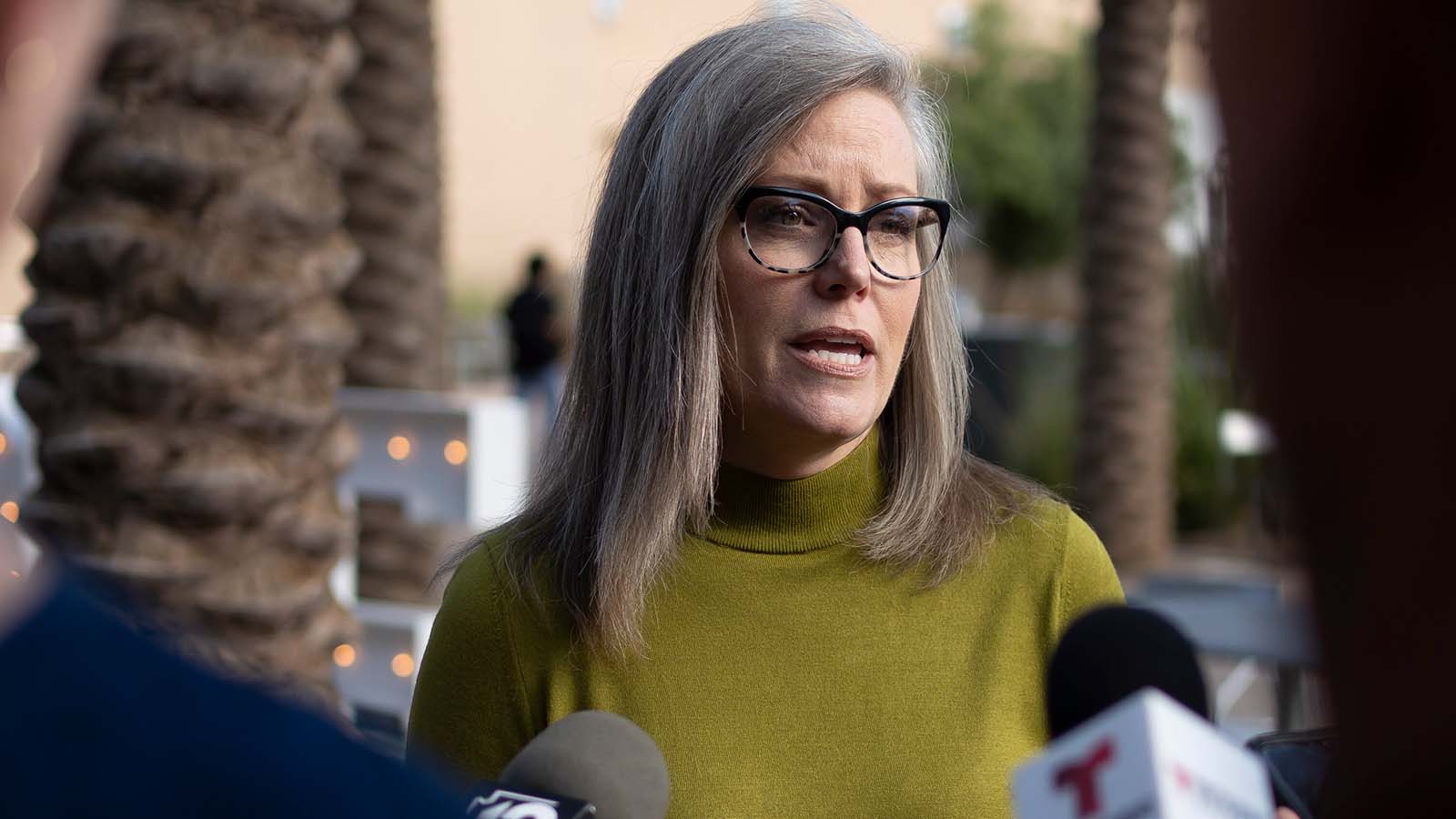 Police are investigating a burglary this week at the Phoenix campaign office of Katie Hobbs, the Democratic nominee for Arizona governor.

“Several items” were taken from the property “sometime during the night,” authorities said, according to local media reports. No suspects have been identified as of Wednesday night, but the Hobbs campaign said that one person was caught on a security camera walking up to the office door on Monday night, per 3TV/CB5.

The Phoenix Police Department said it is reviewing security camera footage in an effort to identify a suspect, but “has not released any images or video relating to this investigation and cannot confirm any suspects or investigative leads.” Hobbs’s campaign released images that show a younger man wearing shorts, a T-shirt, and a backpack, according to the Arizona Republic.

Hobbs, who is Arizona’s secretary of state, is facing off against MAGA star Kari Lake, a longtime journalist who is endorsed by former President Donald Trump.

Statement from our campaign on tonight's news: pic.twitter.com/OLqPMa5pYt

Hobbs released a statement from campaign manager Nicole DeMont about the break-in, noting that Hobbs and her staff “have faced hundreds of death threats and threats of violence over the course of this campaign” and accusing Lake and her allies of “spreading dangerous misinformation and inciting threats against anyone they see fit.”

Lake is leading Hobbs by 4 1/2 percentage points, according to the polling average presented by RealClearPolitics. The Republican has been critical of Hobbs for her refusal to meet in a debate and has made election integrity a key focus of her campaign.