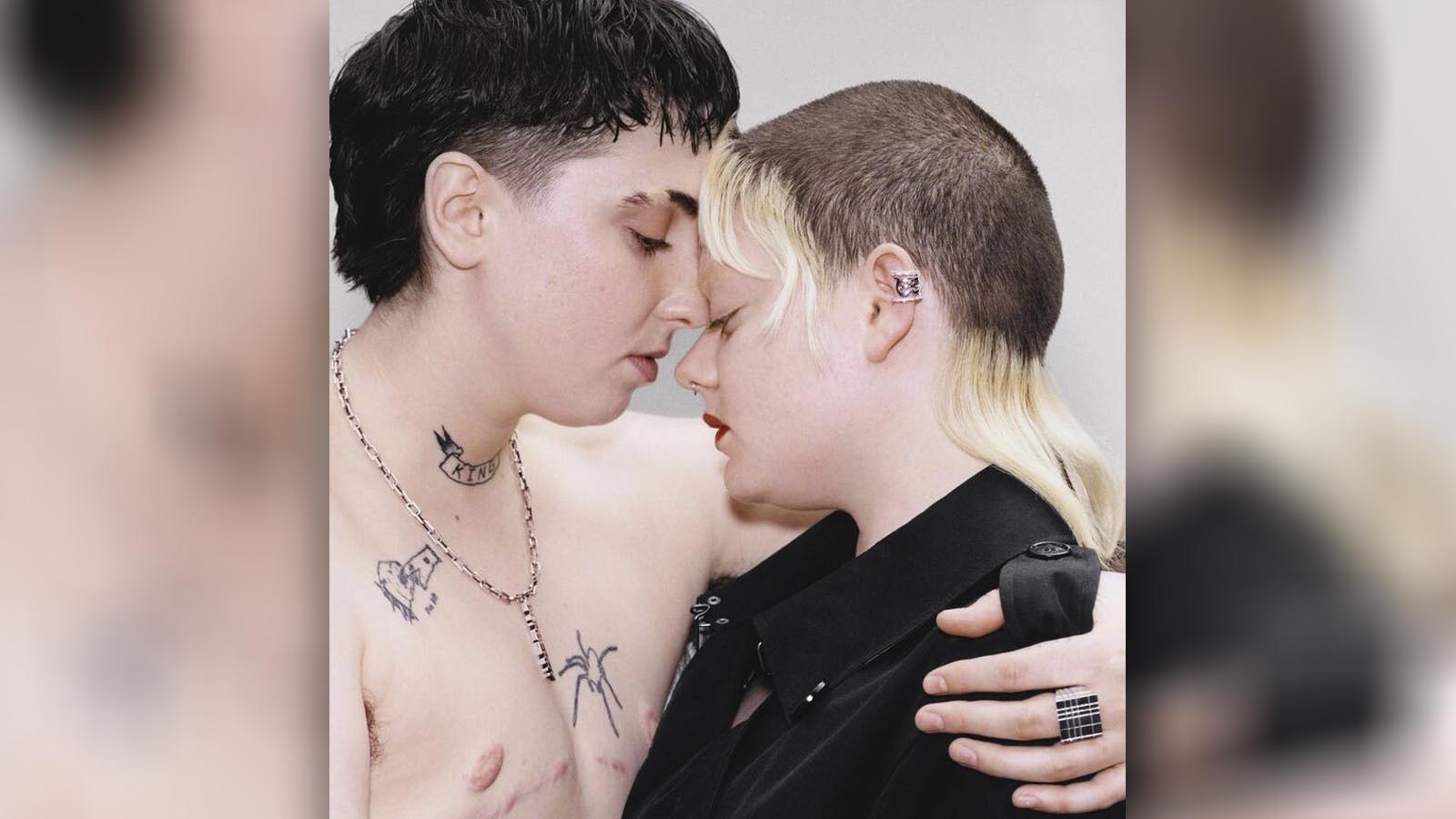 The campaign shows the half-naked, tattooed trans model embracing a biological female model who is wearing what appears to be a Burberry top. Burberry posted the image to its official Instagram account, where it has been inundated by a deluge of negative user comments. 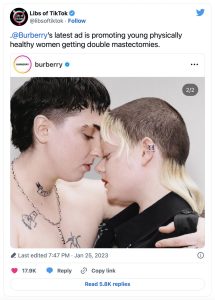 The caption below the image reads “B: MINE.”

Burberry joins a growing list of fashion brands and publications to feature transgender models. As Breitbart News reported in 2019, Victoria’s Secret announced that it had hired a transgender model for its runways — male-to-female Brazilian actress Valentina Sampaio.

The ubiquity of transgenderism belies the health risks associated with sex-change procedures and medication — rebranded as “gender-affirming care” by the mainstream media — especially for minors.

Puberty blockers can enhance depression and stress, while some believe they adversely affect a young person’s bone development.

Over half of men who undergo vaginoplasties to turn their penises into vaginas experience so much pain they need medical attention, according to a recent study.