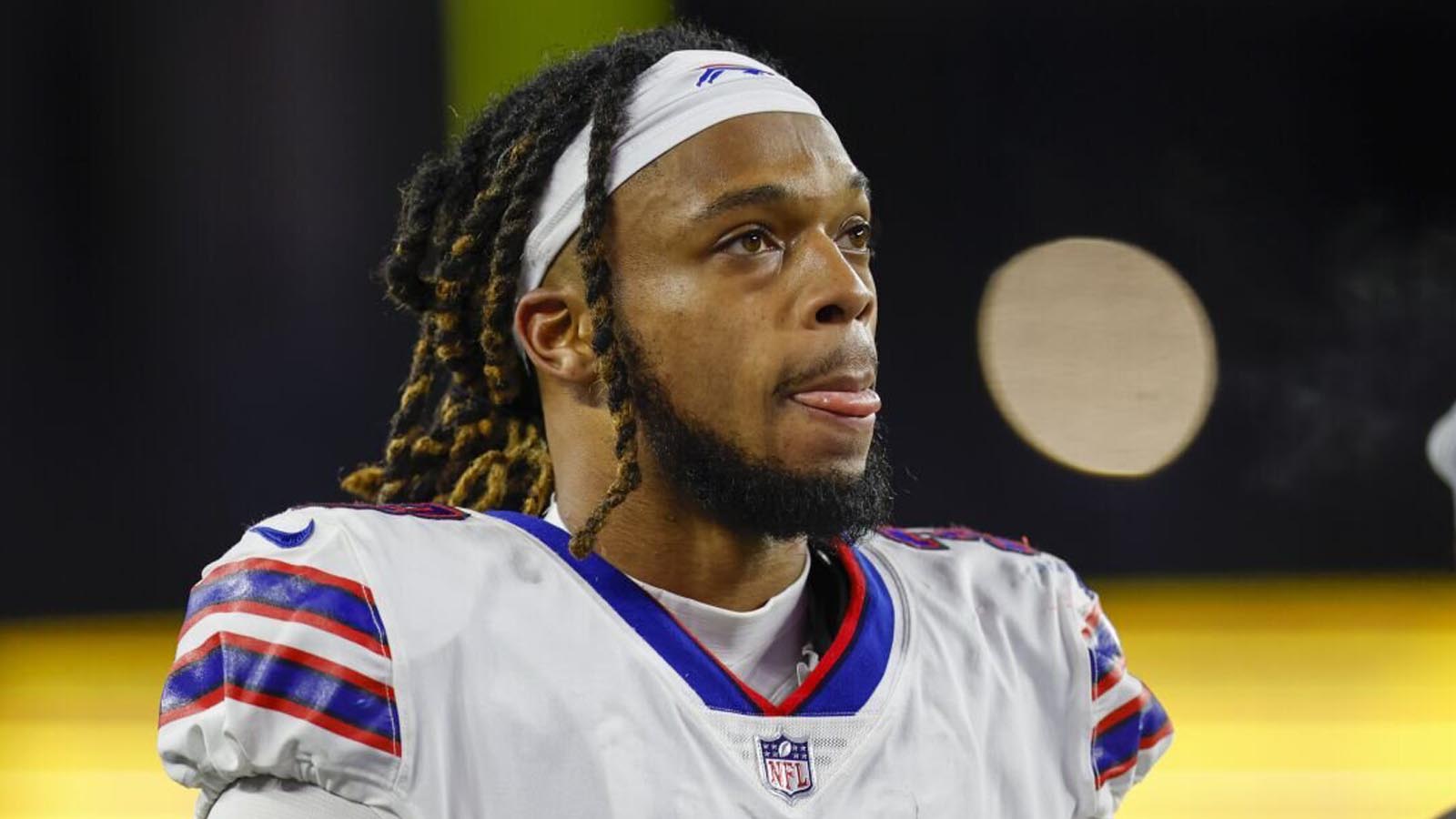 Buffalo Bills safety Damar Hamlin suffered cardiac arrest following a hit in Monday night’s game against the Cincinnati Bengals causing him to collapse on the field, the team said Tuesday.

The Bills said Hamlin’s “heartbeat was restored on the field and he was transferred to the UC Medical Center for further testing and treatment.”

“He is currently sedated and listed in critical condition,” the team said. 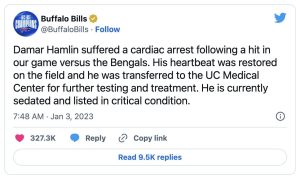 The scary incident occurred with 5:58 remaining in the first quarter and Cincinnati leading the game, 7-3. The Bengals were on their second drive of the game when quarterback Joe Burrow threw a pass to Tee Higgins. Bills safety Hamlin came over to make a tackle to end the play.

Hamlin was on the ground for a while as he received CPR from the medical staff on the ground before he was put into the ambulance. Hamlin was being rushed to the University of Cincinnati Medical Center.

The NFL later announced it postponed the game between the Bills and Bengals.

“Hamlin received immediate medical attention on the field by team and independent medical staff and local paramedics. He was then transported to a local hospital where he is in critical condition,” the league said in a statement.

“Our thoughts are with Damar and the Buffalo Bills. We will provide more information as it becomes available.

“The NFL has been in constant communication with the NFL Players Association which is in agreement with postponing the game.”

The NFL Players Association also released a statement on the matter.

“The NFLPA and everyone in our community is praying for Damar Hamlin. We have been in touch with Bills and Bengals players, and with the NFL,” the NFLPA said in a tweet. “The only thing that matters at this moment is Damar’s health and well being.”

NFL executive Troy Vincent said in a conference call with reporters he “never seen anything like it” and he played several years in the league.

The concern is for the person, not the game. Hope Hamlin is ok. Reaction seemed like a heart issue from the chest contusion. Other than a hospital, no better place to collapse 🙏🙏🙏 pic.twitter.com/PFW3ZwxcRY

The Bills selected Hamlin with the No. 212 overall pick in the sixth round of the 2021 draft. He played in 14 games last season – mostly on special teams – in his rookie season.

Hamlin, 24, was playing his 16th game of the season. He had seen more time on the field as he recorded 91 tackles and 1.5 sacks.