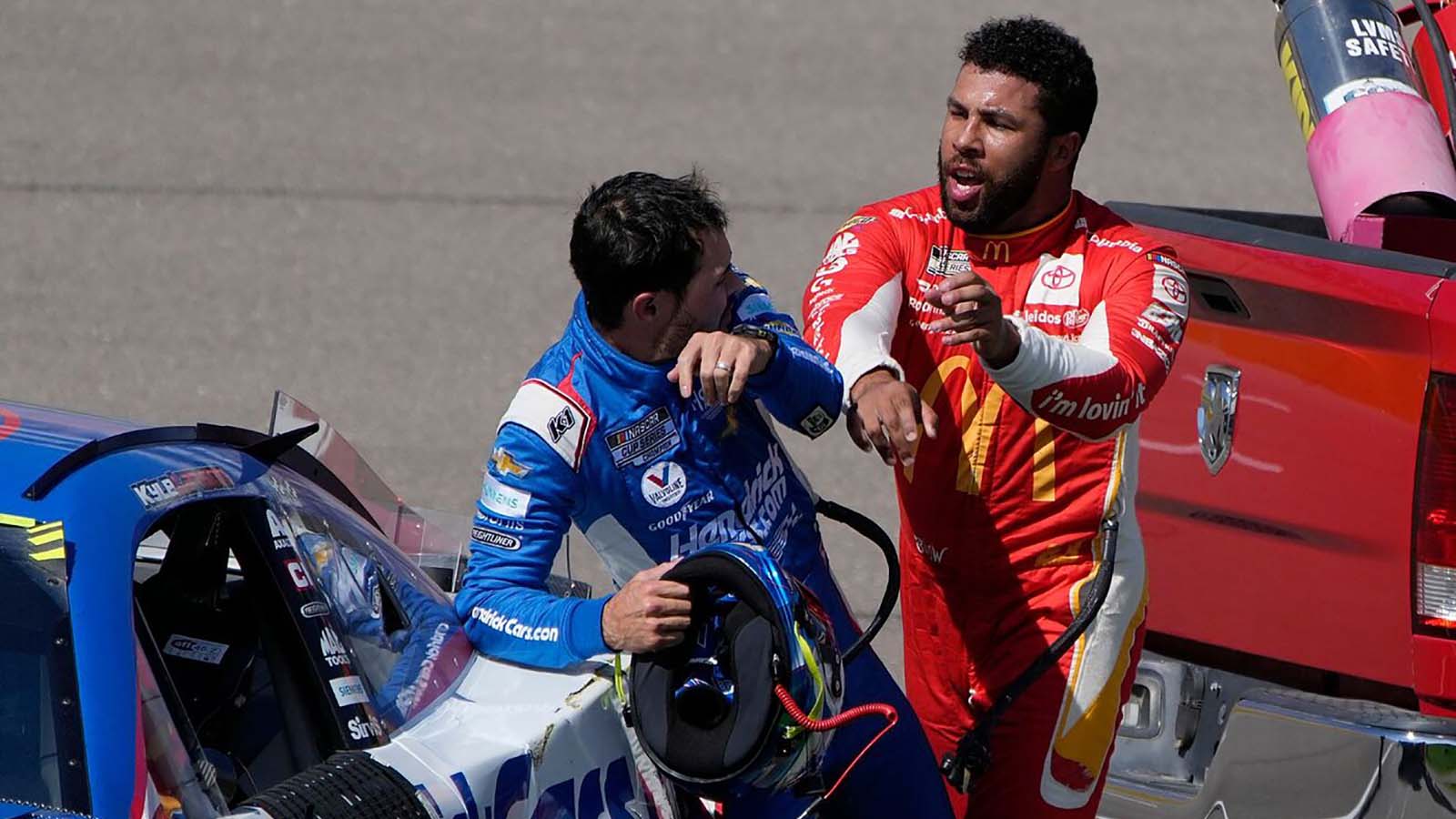 NASCAR driver Bubba Wallace apologized Monday for a Sunday burst of temper that led him to crash into a car driven by Kyle Larson at the South Point 400 at Las Vegas Motor Speedway.

The incident began after an aggressive move by Larson pushed Wallace’s car into the wall while Wallace was leading the race at 29 laps. Wallace then appeared to use his vehicle hit the back of Larson’s car on purpose. Larson’s car spun into the path of Christopher Bell, putting both out of commission for the race.

Wallace then climbed out of his wrecked car and stalked toward Larson, yelling at him and pushing him. Larson moved away and responded with one ineffective push before others intervened and Wallace stormed away after one last shove. As he walked away, he came in contact with a racing official.

“I want to apologize for my actions on Sunday following the on-track incident with Kyle Larson and the No. 5 car.” Wallace wrote on Twitter.

“My behavior does not align with core values that are shared by 23XI Racing and our partners, who have played a crucial role in my incredible journey to the top of this great sport,” he wrote.

“I want to apologize to NASCAR and the fans, along with Christopher Bell, Joe Gibbs Racing, and Toyota for putting them in a situation in the Playoffs that they do not deserve,” he wrote.

“I compete with immense passion, and with passion at times comes frustration. Upon reflecting, I should have represented our partners and core team values better than I did by letting my frustrations follow me outside of the car. You live and learn, and I intend to learn from this,” he wrote.

Larson, who has had his own brushes with bad publicity, was philosophical about the incident in a post-race comment reported by Racer.

“I think with everything that’s been going on here lately…I don’t think it’s probably the right thing to do,” he said.

“But hey, we’ve all done it. Maybe not all of us, but I have. I’ve let the emotions get the best of me before, too. I’m sure he’s still upset, but I’m sure with everything going on, he’ll know he made a mistake in the retaliation part, and I’m sure he’ll think twice about it next time,” he said.

Writing for The Associated Press, Jenna Fryer said the often-controversial Wallace has put NASCAR in a “no-win situation” as it considers how to respond.

“Now NASCAR is in a no-win situation as it decides whether Wallace was out of line.

“No penalty? That will be classified as favoritism and maybe even fear of punishing the star of Michael Jordan’s race team, who remains the only Black driver at the top level of the sport,” she wrote.

“A suspension? That would be a strong statement against what NASCAR already considers taboo — drivers using their cars as weapons — though a driver suspension in the final three weeks of the season would be another massive headache for a sanctioning body currently putting out fires in every corner,” she wrote.

NASCAR said Sunday it would review the incident and announce its decision next week.