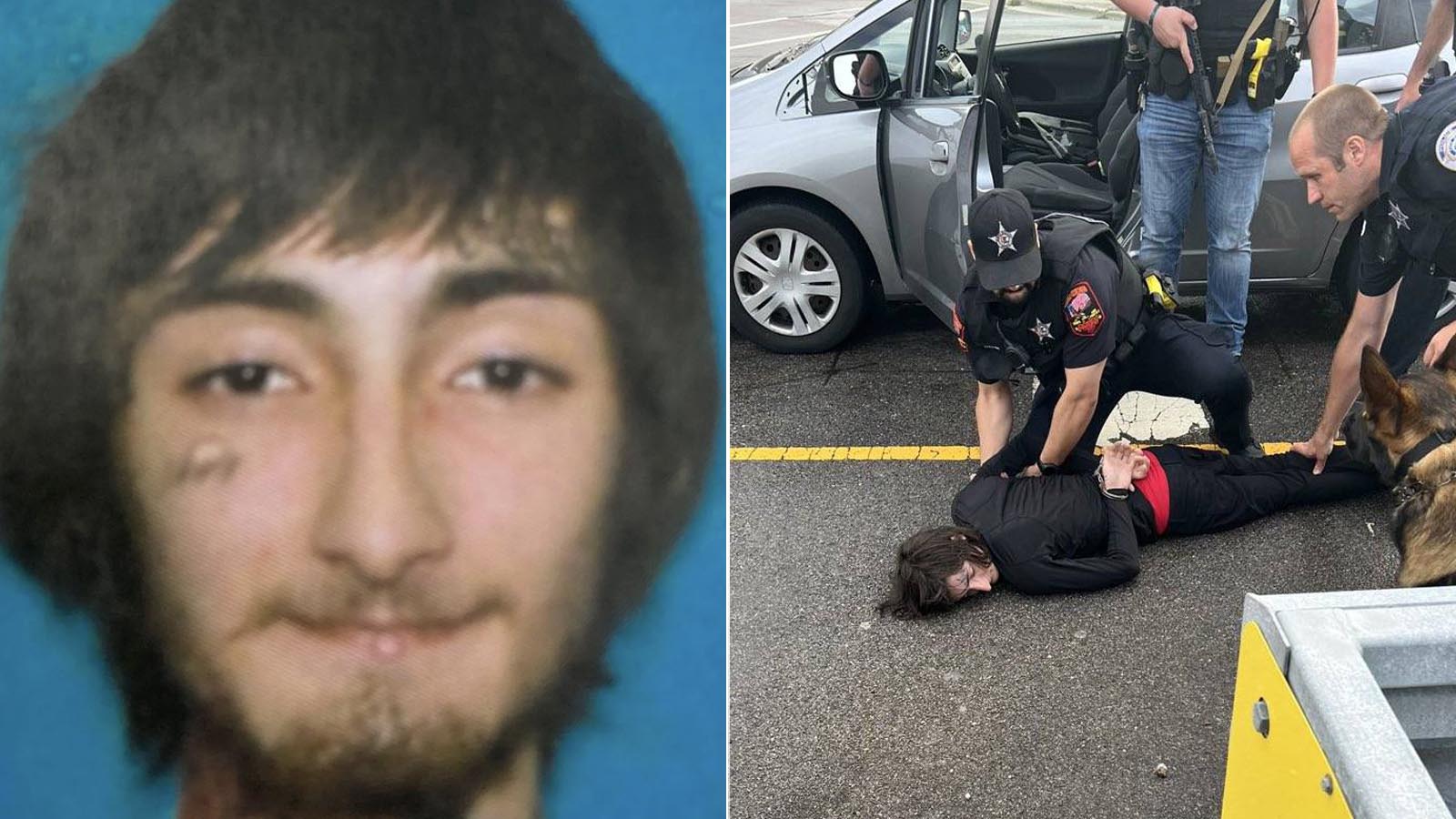 The person of interest wanted in connection to the deadly shooting at an Independence Day parade in Highland Park, Illinois, north of Chicago, has been taken into custody, according to police.

This person is Robert “Bobby” E. Crimo III, 22, who was believed to be driving a 2010 silver Honda Fit, police said. The Illinois license plate number was identified as DM80653. His arrest in the early evening, which law enforcement said followed a brief chase, took place in Lake Forest, Illinois, several miles away from the site of the morning shooting. Live video from news helicopters shows law enforcement looking through the vehicle stopped on a road.

ABC 7 appeared to show the arrest.

“That subject did flee. A brief pursuit went on. Ultimately they were able to get the subject stopped.. The subject was taken into custody without incident.” pic.twitter.com/xRdXMykRop

Crimo was considered armed and dangerous, police said. Crimo is from the area, officials added. Law enforcement released a photo soon after and encouraged people to reach out if they have information about the person of interest.

Before the arrest, FBI agents were spotted at a home in Highwood, Illinois, which neighbors said is where Crimo lives with his family. This location is roughly one and a half miles away from the site of the shooting, WGN News reporter Jenna Barnes said.

FBI at Highwood, IL, home right now about a mile and a half from Highland Park shooting scene. Neighbor tells me Robert “Bobby” Crimo III lives here with family. pic.twitter.com/p4uBu8M8XW

The FBI released some more details about Crimo. A poster said he is 120 pounds, has a “thin” build, is 5’11”, is white, has brown hair, and has the following tattoos: “four tally marks with a line through them on his right cheek, red roses and green leaves on his neck, and cursive script above his left eyebrow.”

The FBI said it was offering a reward leading to the location of Crimo and noted he has ties to Rockford, DeKalb, and Elgin, Illinois.

Six people were killed and at least two dozen others were hospitalized after the morning shooting at around 10 a.m., according to officials. Those hospitalized have ages ranging from 8 to 85 and some were in critical condition, officials reported in the afternoon.

Five people, who were all adults, died at the scene. Another person died at a hospital, said Lake County Coroner Jennifer Banek.

At least one person who died was identified as a Mexican national, the Ministry of Foreign Affairs of Mexico reported. One victim has been identified by family as Nicolas Toledo, 79, according to ABC News.

The suspect previously was described as a white male approximately 18 to 20 years old with longer black hair, a small build, and wearing a white or blue T-shirt. Local, state, and federal authorities are assisting with the search and investigation. The FBI’s field office in Chicago said it has deployed resources to the scene and encouraged members of the public to contact the bureau’s tip line.

FBI Chicago is aware of the situation in Highland Park, IL and has deployed resources to the scene. We encourage the public to report tips to 1-800-CALL-FBI.

Firearm evidence was located at the scene on the rooftop of a local business, where officials said a ladder with access to the roof was left unsecured. The gun believed to have been used by the suspect is a “high-powered rifle,” police said. As of 3:25 p.m. local time, the parade route and the central business district remained an active crime scene and people there should continue to shelter in place, police said. This area entails Green Bay Road to Laurel Avenue to St. John’s Avenue to Elm Place.

Officials said in the afternoon that there was no indication of there being more than one shooter. The gunman fled the scene quickly as law enforcement responded to the shooting, authorities said.