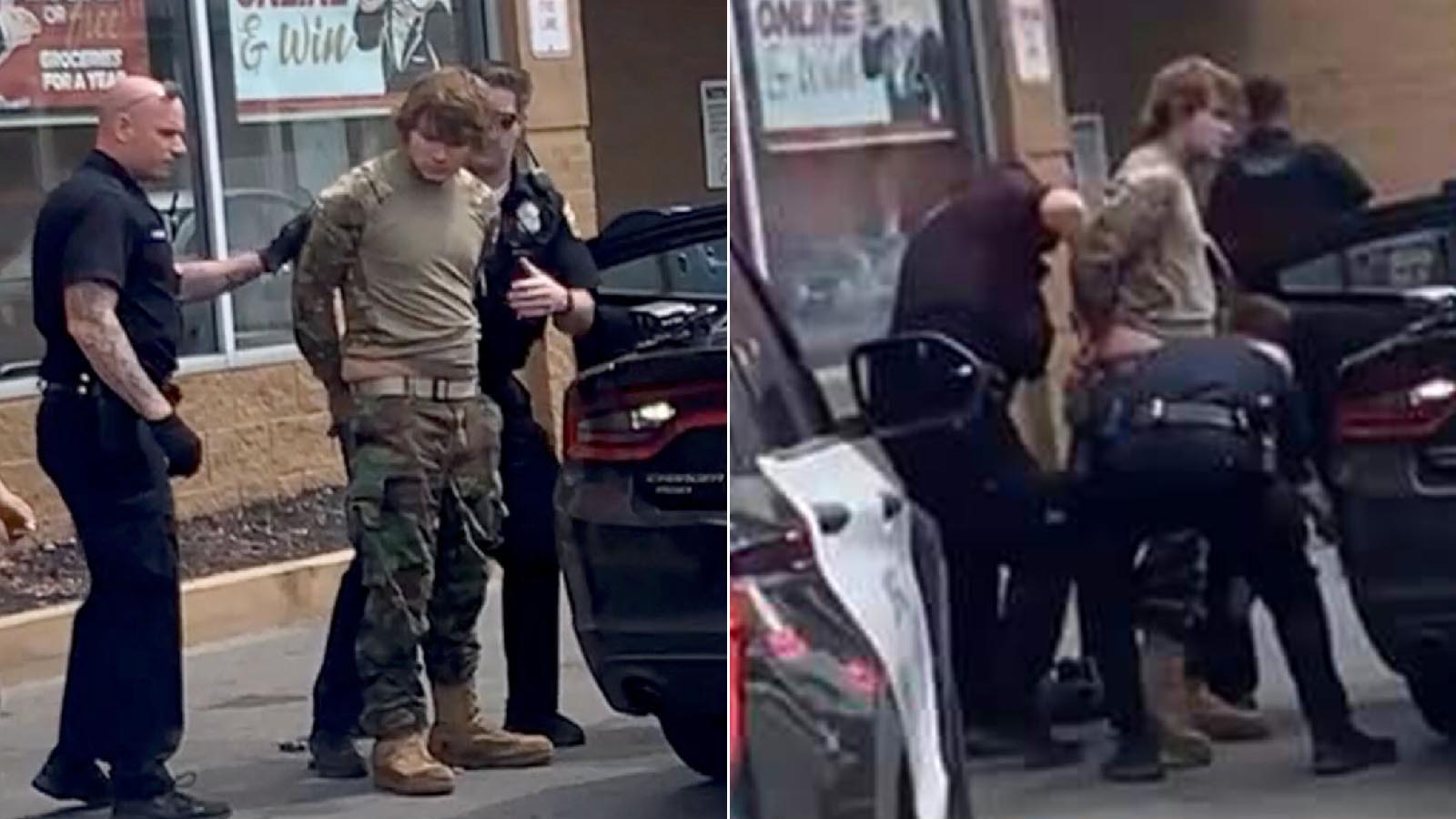 Ten people were killed and three others wounded in a “racially motivated” mass shooting Saturday, by a young man in military-style gear who was toting an assault rifle, and livestreaming the mayhem at a Buffalo supermarket, authorities said.

The shooter — identified by law enforcement as 18-year-old Payton Gendron — drove from “hours away” in Conklin, New York, to the Tops market on Jefferson Avenue, in a predominantly black neighborhood, officials said.

Eleven of the victims were black and two were white.

“We are investigating this incident as both a hate crime and a case of racially-motivated violent extremism,” said Stephen Belongia, the special agent in charge of the FBI’s Buffalo field office said during a press conference.

“This was pure evil. It was a straight-up racially motivated hate crime,” he said.

The shooter arrived at the market at around 2:30 p.m. He “was very heavily armed. He had tactical gear on. He had a tactical helmet on,” Buffalo Police Commissioner Joseph Gramaglia said.

He also had a camera to livestream the shooting, Gramaglia said.

The gunman opened fire in the parking lot, killing three people and injuring a fourth, he said.

He then went inside the store, where he encountered a longtime “beloved” security guard and former Buffalo cop, who tried to stop him, Gramaglia said.

The guard’s bullet couldn’t pierce the attacker’s armor, he said.

The shooter opened fire on the guard, killing him, Gramaglia said, before allegedly working his way through the rest of the store.

Buffalo cops confronted the shooter, who at one point put his gun to his own neck before authorities were able to talk him into surrendering, officials said.

Erie County District Attorney John Flynn vowed to arraign the shooter on a charge of first-degree murder “within the hour,” he said Saturday evening, refusing to identify the attacker by name.

The bloodshed occurred in the middle of a Saturday afternoon when many people were doing their grocery shopping.

The store’s operation manager told the Buffalo News she thought she heard 70 shots.

She saw the shooter and said, “He looked like he was in the Army.”

Two people who saw the gunman leaving the store described him as wearing camouflage attire with a black helmet.

“He was standing there with the gun to his chin. We were like what the heck is going on? Why does this kid have a gun to his face?” said witness Braedyn Kephart.

Kephart said the man dropped to his knees, ripped off his helmet and let go of his gun and then was tackled by police.

One regular shopper at the market told a local television station that he knew several of those killed.

“I lost three people today that I know and talk to five, six times a week. One, a friend of over 30 years, another a friend of 20 years. This is insane,” the man said.

The supermarket chain tweeted a statement saying it was “shocked and saddened by this senseless act of violence.”

Gov. Kathy Hochul tweeted that she was “closely monitoring the shooting at a grocery store in Buffalo,” her hometown. She said state officials have offered help to local authorities.

“He will continue to receive updates throughout the evening and tomorrow as further information develops. The president and the first lady are praying for those who have been lost and for their loved ones,” she said.