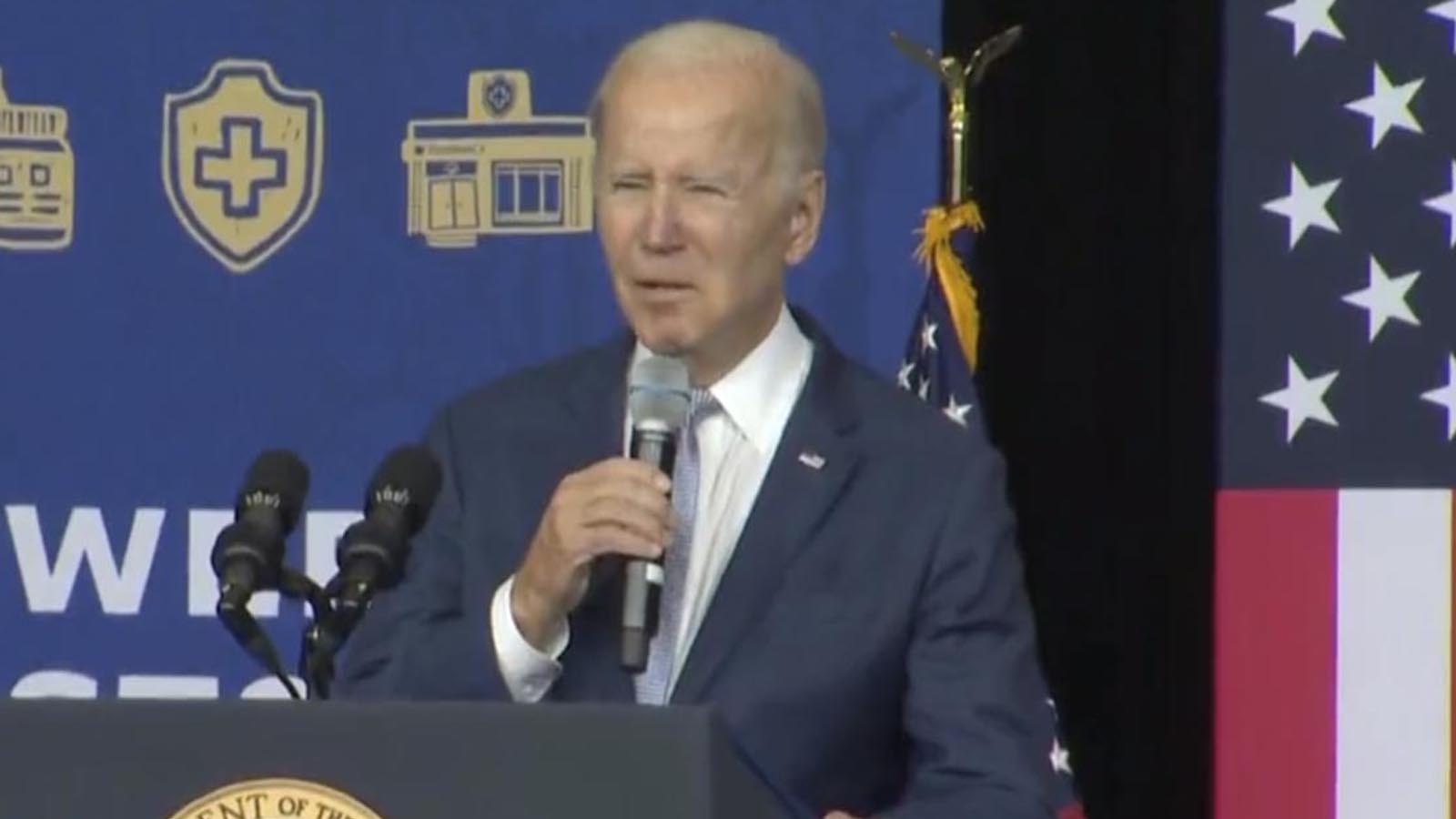 We’re up to our elbows in weird Biden moments. I wrote earlier about Biden’s comments about gas prices in Los Angeles weirdly having something to do with housing. Then he claimed gas had always been around $7.00 there when indeed it’s up since last week and it’s more than three dollars more on average than it was under President Donald Trump. He also seemed to verbally threaten Saudi Arabia saying he had some things to say to them while refusing to say what those things were.

You would think that he’d be going to battleground states to help candidates. That is if he wasn’t so unpopular that the candidates don’t want him around, campaigning with them. That’s why as we now get into the final stretch, he seems to be visiting safe blue areas.

On Saturday, Biden was in Portland, Oregon, another safe blue area, for a town hall about “lowering costs.” But the event didn’t start well, with some confusion from Biden about chairs for the audience.

Sen. Jeff Merkley (D-OR) and Sen. Ron Wyden (D-OR) were both at the event as well.

But Biden then seemed to forget Ron Wyden’s name, even though he had just introduced him.

BIDEN: "But between Merkley and that other guy I just talked about in the Senate…"

Is Biden referring to Democrat Sen. Ron Wyden, who he introduced just moments prior? pic.twitter.com/PRwaYpK2lU

You can tell he knows he goofed something up and is trying to get past it because he uses one of his “tells”: he says “Look” and then tries to change the subject to something else.

Then Joe tried to tell folks his plan for reducing inflation which involved a tax credit for buying an “energy-efficient coffee machine.”

Biden on his plan to lower inflation: if you buy "an efficient coffee machine, you get a tax credit for it." pic.twitter.com/AA8n2UN7GP

Um, Joe? It’s for the other appliances, not the “coffee machine.” And when you may not even have the money to buy the groceries because of Bidenflation, you’re probably not in the market to spend money on a “coffee machine.”

There was yet another sign of the deterioration. Joe Biden can’t even get the lines in the stories he tells over and over again right. Who knows if they were ever true, to begin with, so much of what he says is completely made up.

If you listen to Biden enough and all of his stories you know this isn’t the way the story is supposed to go. He completely scrambled it and added in the “Hollers.”

Biden uses this line so much, the error is obvious.

The typical line is: "Every time I'd walk out of my grandpop's house, he'd say, 'Joey, go out and keep the faith.' And my grandma would go, 'No, Joey, spread it."

(Notice I said typical, and not normal. There is a difference) https://t.co/e1gN8FX5mT

What is he even “spreading the faith” about? Abortion availability up until the moment of birth? What he has been spreading is not exactly consistent with what his Catholic faith taught him.

They have to pull him after the midterms because he’s failing fast.