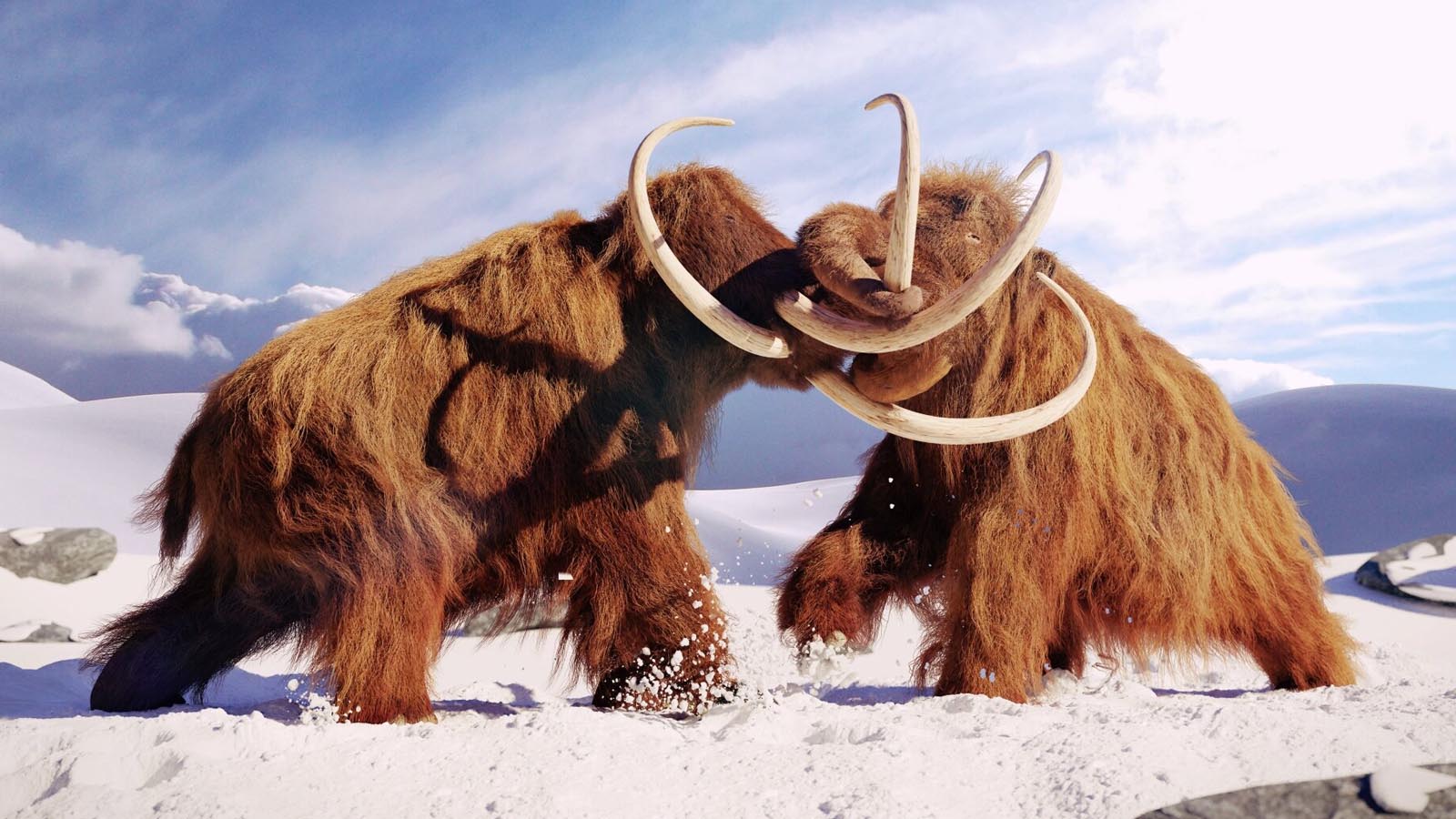 Besides backing rebel groups and planning coups in foreign nations, the CIA has found enough time to invest its time into resurrecting the woolly mammoth.

According to a report by The Intercept, the CIA is investing in a biotechnology company called Colossal Biosciences which is aiming to bring back to life extinct animals such as the woolly mammoth. 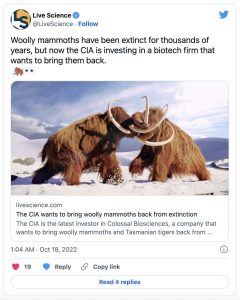 Per its site, Colossal Biosciences will use CRISPR gene editing in order to cut and replace the woolly mammoth’s DNA.

Robert Klitzman who currently serves as a bioethicist at Columbia University is very cautious about the project.

Klitzman told The Intercept “You’re going into DNA, which is a 3-billion-molecule-long chain, and clipping some of it out and replacing it. You can clip out bad mutations and put in good genes, but these editing scissors can also take out too much.”

The CIA is dispersing the funds to Colossal Bioscienesc through In-Q-Tel a venture capitalist firm.

A recent blog post that was posted by In-Q-Tel states that the funding to Colossal Biosciences is not only about bringing the woolly mammoth back to life but rather setting an ethical standard in genetic engineering technology.

While inflation has hit a record high of 9.1% the CIA is running around spending taxpayer dollars on experiments that will more than likely cause terror rather than life.