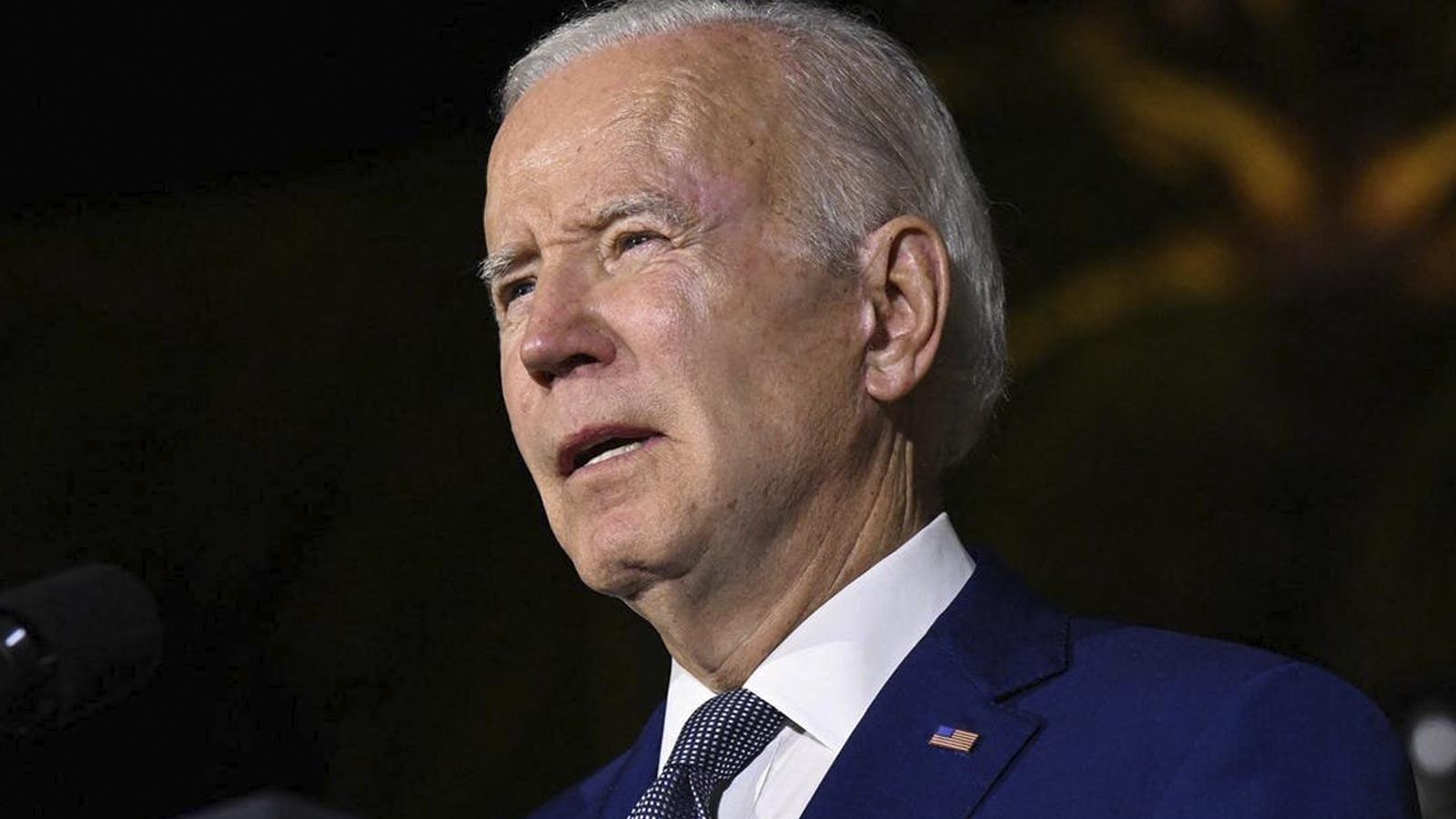 On Tuesday night, the Senate voted in a bipartisan fashion of 62-36 to end President Joe Biden’s pandemic emergency, with Sens. Ben Sasse (R-NE) and Raphael Warnock (D-GA) not voting. The Biden administration’s Department of Health & Human Services (HHS) had extended the emergency last month, which will last at least until January 11.

That extension came less than a month after the president himself said during a “60 Minutes” interview that “the pandemic is over.” 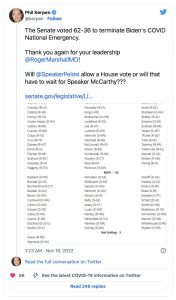 Not only did every Republican senator vote to get rid of the emergency–other than Sasse, who did not vote–so did 12 Democrats, as well as Sen. Angus King (I-ME), who caucuses with the Democrats.

The resolution was brought forward by Sen. Roger Marshall, M.D. (R-KS), who on the Senate floor referenced the president’s remarks. It’s not merely the hypocrisy that is an issue though, as the senator highlighted in his speech.

“It was this government imposed state of emergency that justified their continued lockdowns of small businesses and schools… that justified their mask and vaccine mandates, including a military vaccine mandate that has resulted in the removal of more than 8,000 active-duty troops… that justified President Biden and Congressional Democrats spending binge, increasing the total amount of government spending by more than $9 trillion since February 2021 and lighting the fire for record inflation… that the president has used as justification to extend the payment pause and cancel up to $10,000 in outstanding federally held student loan balances, and even a more generous $20,000 for Pell Grant recipient,” Marshall highlighted.

“Congress must take the responsible action of reigning in this massive expansion of government and restore Americans fundamental rights by terminating the COVID-19 national emergency declaration,” he continued to note.

Negative reactions came from beyond just the White House, which turned out to be quite hysterical. State Sen. Nina Turner (D-OH), who ran multiple times for Congress in which she couldn’t even make it past the primary, tweeted at the senators in question. It wasn’t made clear what she plans to do, other than tweet at them “we see you.”

To the 13 Dems who joined Republicans on this…we see you. pic.twitter.com/ZRWN0icoB6

The virus is still here with us, impacting our workforce and impacting the lives of Americans.

Just because we might be over COVID, that does not mean COVID is over with us!

It’s worth noting that some records which show Senate Majority Leader Chuck Schumer (D-NY) having voted in favor were later clarified to have been a mistake.

I asked @SenSchumer office about this last night. They say it's a mistake:

“Sen. Schumer was mistakenly recorded as a yes. That is not his position. It will be corrected later today when the Senate convenes.” https://t.co/yaJqszmv99

Another hysterical take came from MSNBC’s Mehdi Hasan, who reacted with an angry face emoji to news that Marshall brought forth the resolution. The senator responded with an emoji of his own, throwing literal shade.