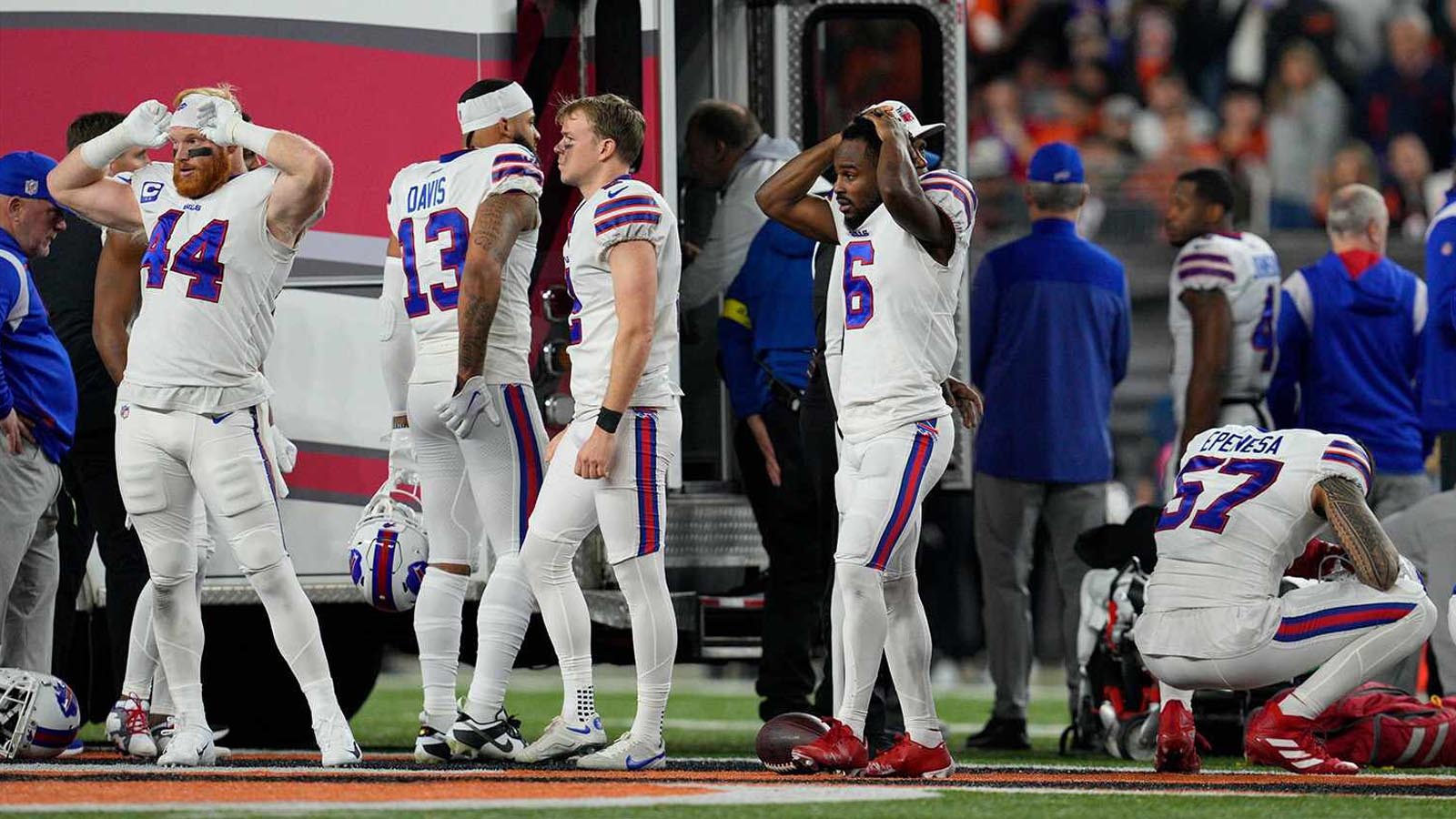 Bills safety Damar Hamlin was administered CPR and transported to a hospital after he collapsed on the field after making a tackle during the team’s game against the Bengals on “Monday Night Football.”

The game was temporarily suspended and both teams went to the locker room.

After a delay, the game was officially suspended for the evening. It will be resumed at another yet-to-be determined time. Hamlin is in critical condition, according to the NFL.

“Hamlin received immediate attention on the field by team and independent medical staff and local paramedics,” the NFL said in a statement. “He was then transported to a local hospital where he is in critical condition.”

The second-year player out of the University of Pittsburgh made a tackle and got to his feet before falling back to the ground during the first quarter at Paycor Stadium.

The situation quickly became dire as an ambulance was rushed on the field and EMTs began to work on the 24-year-old Hamlin.

According to ESPN’s broadcast, medical officials administered CPR to Hamlin. He was put on a stretcher and given an IV while surrounded by emotional players from both teams. He also received oxygen in the ambulance as he was taken off the field. He was transported to University of Cincinnati Medical Center.

Hamlin’s vitals returned to to normal levels at the hospital, according to Hamlin’s agent.

“His vitals are back to normal and they have put him to sleep to put a breathing tube down his throat,” Hamlin’s agent, Jordan Rooney, tweeted later Monday evening. “They are currently running tests.”

Players from both teams looked distressed as they shared prayers for Hamlin, huddling together on the field before going back to their locker rooms.

The Bengals and Bills were originally going to be given five minutes to warm up and resume play, but the game was then temporarily suspended to give both teams a chance to regroup. The Bengals led 7-3 before the game was called for the night.

“Our thoughts are with Damar and the Buffalo Bills,” the league’s statement continued. “We will provide more information as it becomes available. The NFL has been in constant communication with the NFL Players Association which is in agreement with postponing the game.”