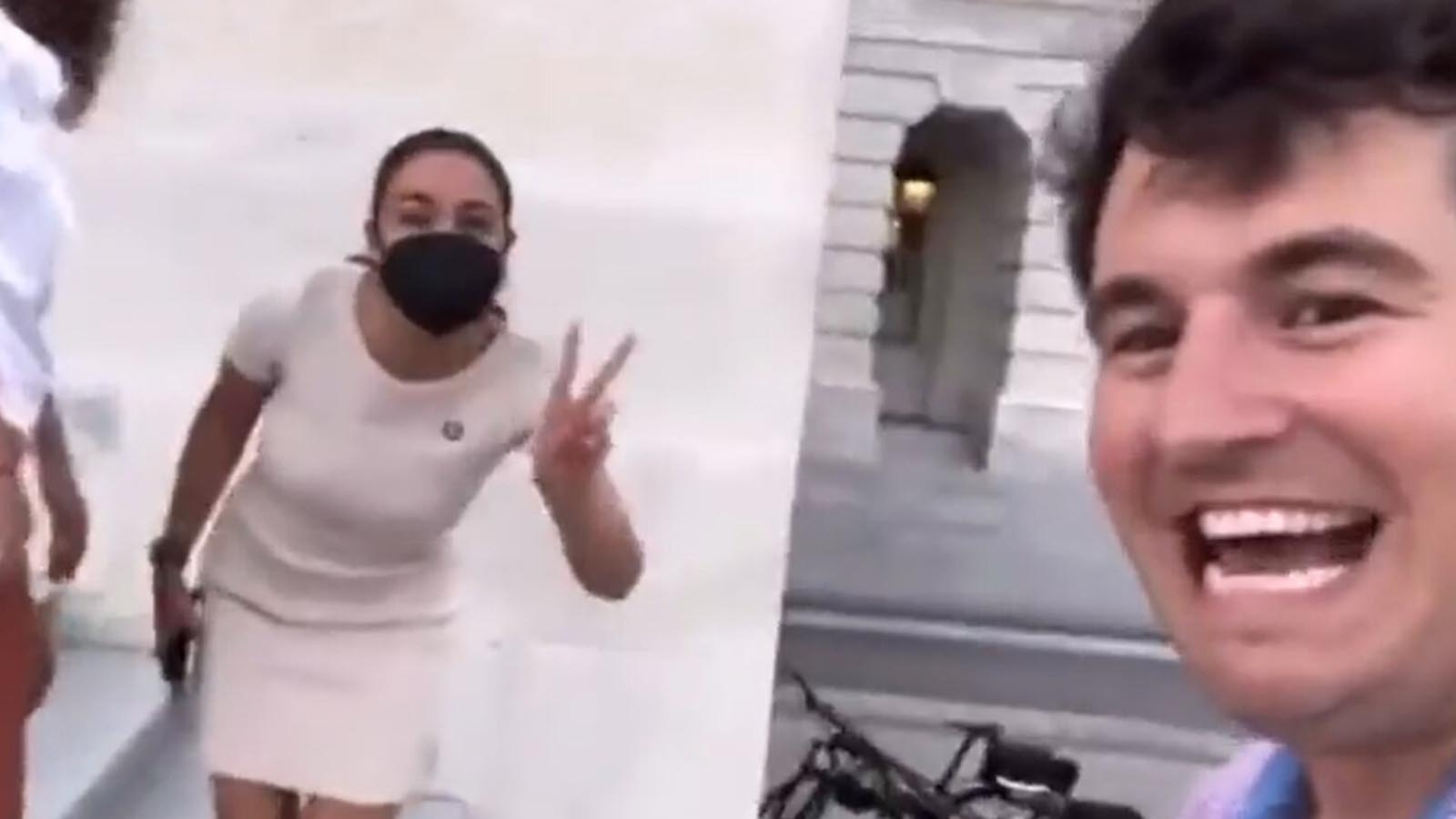 Days after mocking Justice Brett Kavanaugh for getting harassed at a DC restaurant, Rep. Alexandria Ocasio Cortez (D-NY) had an absolute meltdown over the Capitol Police’s lack of response to a heckler who called her his “favorite big booty Latina,” after which she approached him, flashed a peace sign while “posing for a selfie,” and then walked away.

Despite flashing a peace sign, she claimed that she was “actually walking over to deck him.”

Here is a video he posted of the incident. I was actually walking over to deck him because if no one will protect us then I’ll do it myself but I needed to catch a vote more than a case today pic.twitter.com/RdwCNBDIBb

Later, AOC took to Instagram where she told her followers that it was “crazy” that a Capitol police officer didn’t step in to confront Stein.

“I think the thing that was so crazy about that incident is not even that it happened but that it happened on the Capitol steps right in front of a Capitol police officer and this dude was engaged (in sexual harassment),” she said.

“This wasn’t about a political opinion or protest or anything like that, he was engaged in very clearly sexually threatening aggressive behavior right in front of a Capitol police officer, he wasn’t even asked to take a step back,” adding that the officer “was just cool with it,” according to The Independent.

“I really just cant help but think about all of that footage evidence that we saw of all these Capitol police officers helping, I mean sympathetic to the insurrectionists on January,” she continued. “Everyone just decided it was too politically difficult to deal with so they all just brush it under the rug.”

“To this day there has never been a (thorough) investigation into that, ever, so to this day we have no idea what officers are safe to be around, we have no idea if any of those officers and the ones with massive weapons were with that crowd, or if they weren’t””

“And we saw a lot of that show up not in our politics but in the State of the Union,” she said, referring to police funding, “because now both parties are in a contest about how much money they can shovel in the system without holding any of it crically accountable it its dangerous.”