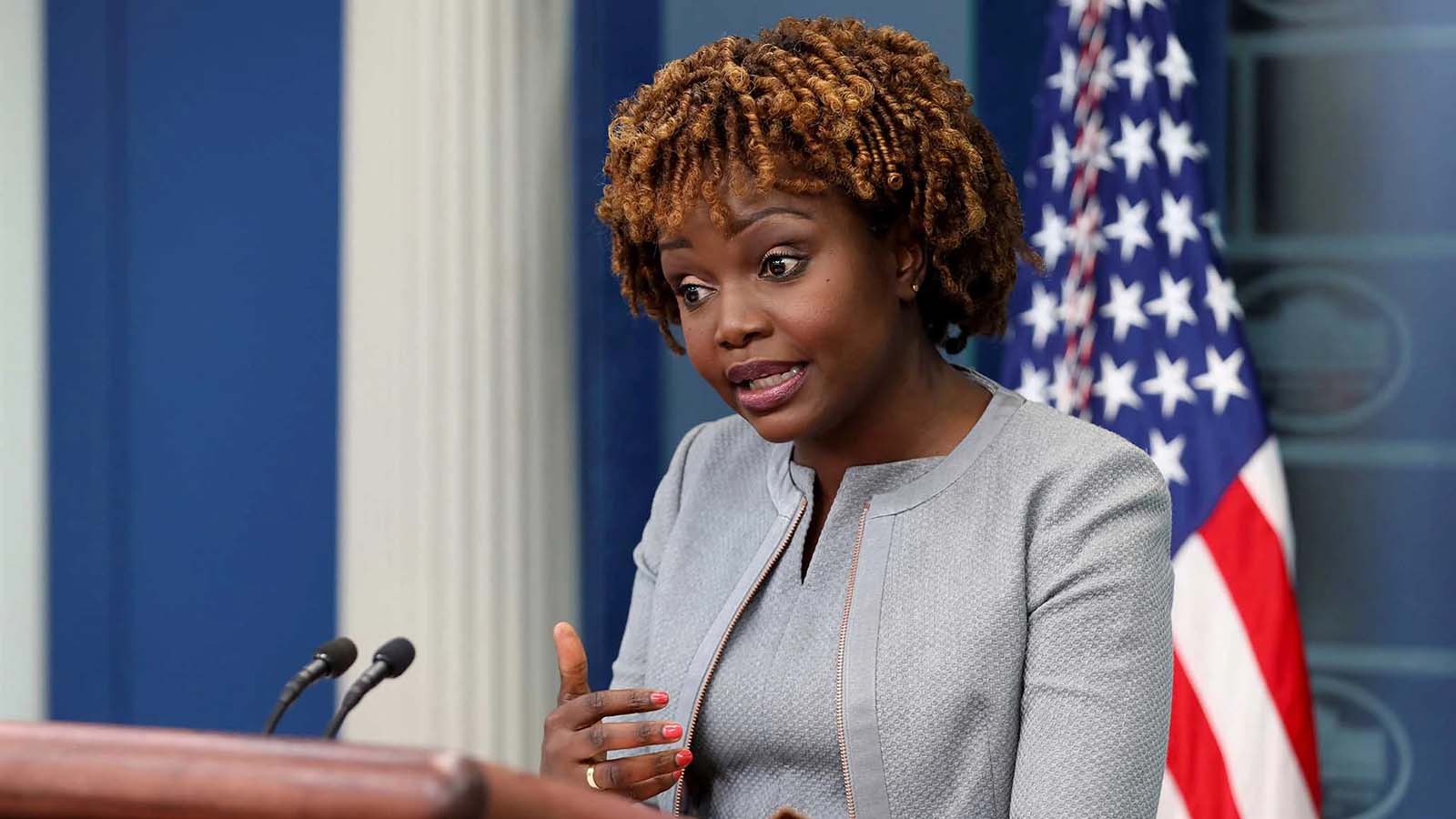 During a White House press briefing on Monday, Press Secretary Karine Jean-Pierre said that “We may not know all the winners of elections for a few days,” in regards to the outcome of Tuesday’s midterm elections in which polls predict the GOP will retake Congress.

“In modern elections, more and more ballots are being cast in early voting and also by mail,” Jean-Pierre said. “And many states don’t start counting those ballots until after the ballots—pardon me—after the polls closed on November 8.”

“You heard the President say this the other night, he has been very clear on this as well. We may not know all the winners of elections for a few days, it takes time to count all legitimate ballots in a legally orderly manner,” she added. “That’s how—that’s kind of how this is supposed to work, and it’s important for us.”

On Sunday’s episode of Meet the Press host Chuck Todd told his audience to expect delays in the results from Tuesday’s midterms as many of the battleground states will not have their votes tallied until well past the November 8.

“Even though we’re all counting down to Tuesday, let’s be realistic, Todd said. “It’s highly likely we will not know the full results of the midterms on election night.”

Todd then referenced back to the election of 2020 when many states did not have their results tallied over 80 percent during the night of the election, mostly because those states were collecting and collating ballots from early voting.

Jean-Pierre noted the early voting as well in her statements on Monday.

“By 6 am the day after Election Day 2020 look at all the battleground states where we were not at 95 percent, let alone 99 percent” Todd said.

He then pointed to Wisconsin, Ohio, North Carolina, Georgia, and Florida. He conceded that enough votes should be counted from these states to at least indicate where they are trending but that may not be able to be called.

“We should know if Georgia is gonna run off by 6 am,” on Wednesday Todd said.

“But look at the problem here, Pennsylvania, 78 percent, New Hampshire, to 75 percent reporting Arizona, Nevada, the states that are gonna decide this majority, we’re not gonna know the day after the election,” Todd said.

In Pennsylvania GOP nominee Doctor Mehmet Oz is facing off against Democrat Lieutenant Governor John Fetterman, in a tight race that could decide the fate of which party will lead in the Senate.

Jean-Pierre: "We may not know all the winners of elections for a few days. It takes time to count all legitimate ballots in a legal and orderly manner. That's how this is supposed to work." pic.twitter.com/UPPpMjVCNK

Jean-Pierre’s comments mirror a memo released earlier in the day by John Fetterman, the Democratic candidate running for the Pennsylvania Senate. He warned that the election-reporting process could be delayed by a while and to “buckle up” for a long week ahead. Fetterman also lashed out at many Republicans whom he claimed would try to delegitimize the results.

BREAKING: Fetterman campaign issues memo warning of a 'long week' for a 'process that takes several days' before results are in – lashes out at Mastriano, Tucker, Trump, Ted Cruz pic.twitter.com/1cNETmhhqv

The practice of early voting and mail-in voting became a more common practice in the wake of the Covid pandemic according to litigious site Lawfare.

Ballot drop boxes are locations where people who are voting early can deposit their vote.