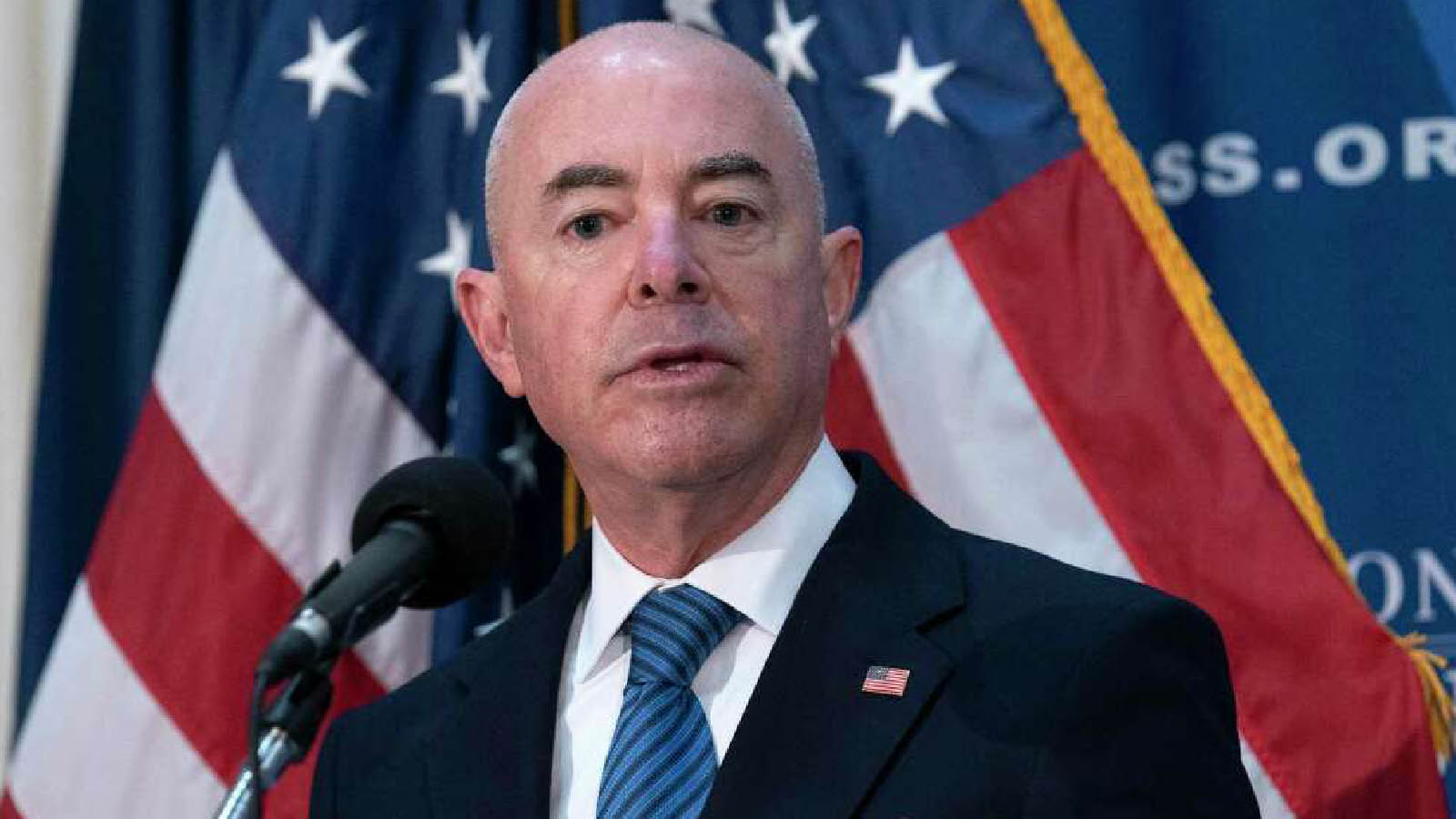 A U.S. District Court Judge in Texas, Drew Tipton, dealt the Biden administration’s lenient immigration and border enforcement policies another blow on Friday when he struck down a Department of Homeland Security enforcement memo that instructed Immigration and Customs Enforcement (ICE) agents to give deference to certain individuals inside the United States illegally.

In his order, Judge Tipton explains that the Biden administration’s rule “as arbitrary and capricious, contrary to law, and failing to observe procedure under the Administrative Procedure Act.”

“The Executive Branch may prioritize its resources,” Tipton’s order explained. “But it must do so within the bounds set by Congress.” By “[u]sing the words ‘discretion’ and ‘prioritization,’ the Executive Branch claims the authority to suspend statutory mandates,” he continued. “The law does not sanction this approach.” 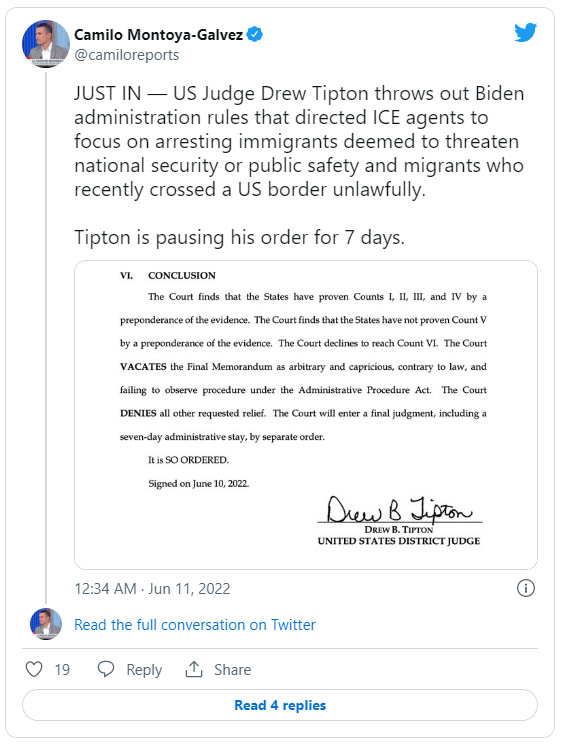 Townhall reported on the administrative policy decision made by DHS Secretary Alejandro Mayorkas back in September when the change was made to restrict the types of people that ICE could remove for being in the country unlawfully. Boiled down, the policy meant that a noncitizen being in the United States illegally was not enough grounds for enforcement action against that individual, even if they had a prior rap sheet so long as earlier crimes were not subjectively found to be “serious.” That is, Biden’s homeland security chief gave illegal immigrants — and even some illegal immigrant criminals — a pass for their crimes.

According to Mayorkas, the policy was necessary so that DHS could “focus our efforts on those who pose a threat to national security, public safety, and border security and thus threaten America’s well-being.” It’s absurd, and a goal that even under the new even more lenient policy still saw individuals on terror watch lists apprehended at the U.S.-Mexico border, released into the country, and then picked back up days later.

Tipton, who was appointed by former President Donald Trump, has previously ruled against the Biden administration’s attempts to circumvent existing laws passed by Congress, including the proposed temporary moratorium on deportations for Biden’s firsts month in office.

Tipton, an appointee of former President Donald Trump, has ruled against the Biden administration in multiple cases, including by blocking a proposed 100-day moratorium on deportations during President Biden's first month in office.

Judge Tipton put a 7-day hold on his ruling that tossed out Mayorkas’ lawless policy to give the Biden administration time to appeal. For its part, Homeland Security — which oversees ICE — said that it is “currently assessing the court order and considering next steps.”