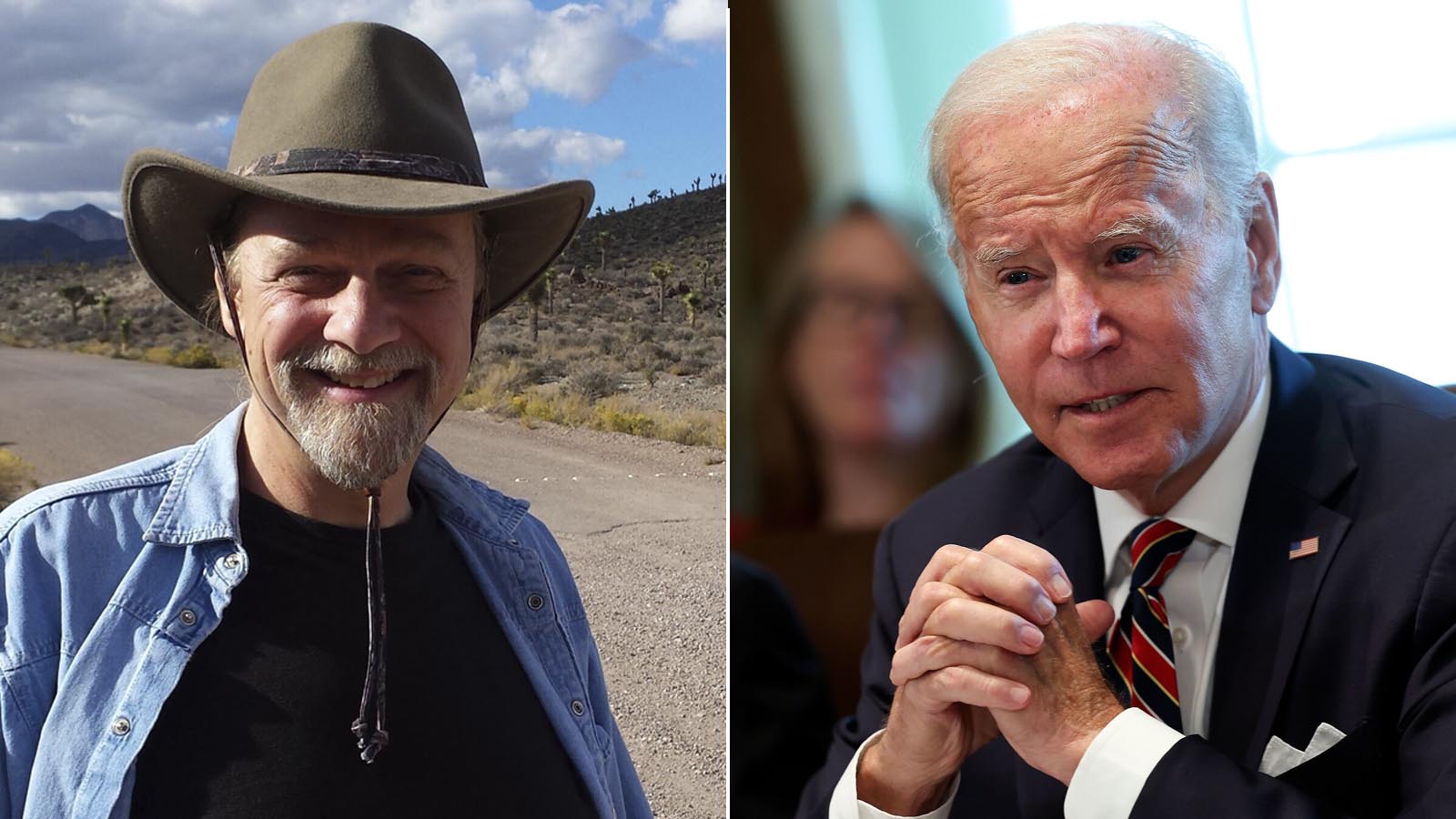 Joe Biden’s Department of Justice sent agents to raid the homes of Joerg Arnu, a Rachel, Nevada man who runs a website dedicated to information about Area 51. Arnu described the raids as “humiliating” and that the feds “held his girlfriend at gunpoint.”

Local news reporter George Knapp broke the story Thursday on Twitter and wrote, “FBI agents came down hard on the operator of a popular website devoted to all things Area 51-its programs, lore, and legacy. More than a dozen agents served a no-knock warrant on the Rachel, NV home of Joerg Arnu, owner of http://dreamlandresort.com” 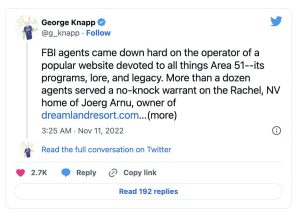 Arnu has operated his Area 51-themed website, dreamlandresort.com since 1999 and it contains copious links to information regarding Area 51 and potential military operations involving UFOs.

Arnu wrote on his message boards on November 5, “It has been brought to my attention that there is concern about some of the material on this site. I do not believe that collecting or publishing that material is against the law. However, out of an abundance of caution I have removed some material until this is sorted out.”

He later revealed the information taken down was “aerial photos of Area 51 and other installations.”

That same day he posted in the thread, “Last Thursday very early in the morning my homes in Rachel and in Vegas were searched by a combined team of FBI and AF OSI (Department of the Air Force Office of Special Investigations). I will spare you the details but it got quite tense and humiliating for me in Rachel and for my girlfriend in Vegas. All my laptops, phones, memory sticks, cameras, drone and other items were seized.”

He added, “I lost ALL my data, medical files, financial and tax records, passwords, everything. On top of that I am stuck with thousands in cost for repairs and replacement of the most essential electronics and expected legal fees.”

According to Knapp, the feds also “held his girlfriend at gunpoint.”

2) They seized all computers, files, phones, photos. At the same time, another team of a dozen or more agents stormed into Arnu's Las Vegas home, seized all digital devices and files, held his girlfriend at gunpoint. (more)

Arnu wrote, “To the best of my knowledge I have not broken the law. The search warrants are not very specific but aerial photos of Area 51 and other installations came up repeatedly. So I have taken those down for now to defuse the situation.”

He concluded with, “I am concerned that overzealous government agents may use bogus charges against me to ‘send a message.’ Putting the truth out there can not hurt.”

3) The warrants were served one week ago. Arnu noted on his site that he does not know the reason for the raid or whether specific images of the secret base posted online may have initiated such a vigorous action by federal law enforcement. We are gathering more info.

According to the Daily Wire, Arnu is the fifth journalist that has been raided under dubious circumstances by Biden’s Justice Department under Merrick Garland.

On October 26, Garland released a memo that “announced significant revisions to the Justice Department’s regulations regarding obtaining information from, or records of, members of the news media” that included “limited, specified circumstances” in which the DOJ could obtain information without due process.

The memo did not go into any further detail on those circumstances.

Arnu’s profile on the site reads, “I believe that the best way to find answers is by sharing information, and I founded the Dreamland Resort Web Site as a forum for interested people to exchange their thoughts. Thank you for visiting the Dreamland Resort, I look forward to talking to you in our discussion forum.”

He describes his site as, “Monitoring Area 51 since 1999: Take an inside look at Area 51, a.k.a. Dreamland, the world’s most famous secret Air Base. For 20 years and counting Dreamland Resort has been the most comprehensive source for information on Area 51, Black Projects, the Nellis Ranges, TTR and the ET Highway. The webmaster is a 25-year Area 51 Research veteran and a resident of Rachel, NV, right outside the gates of Area 51.”