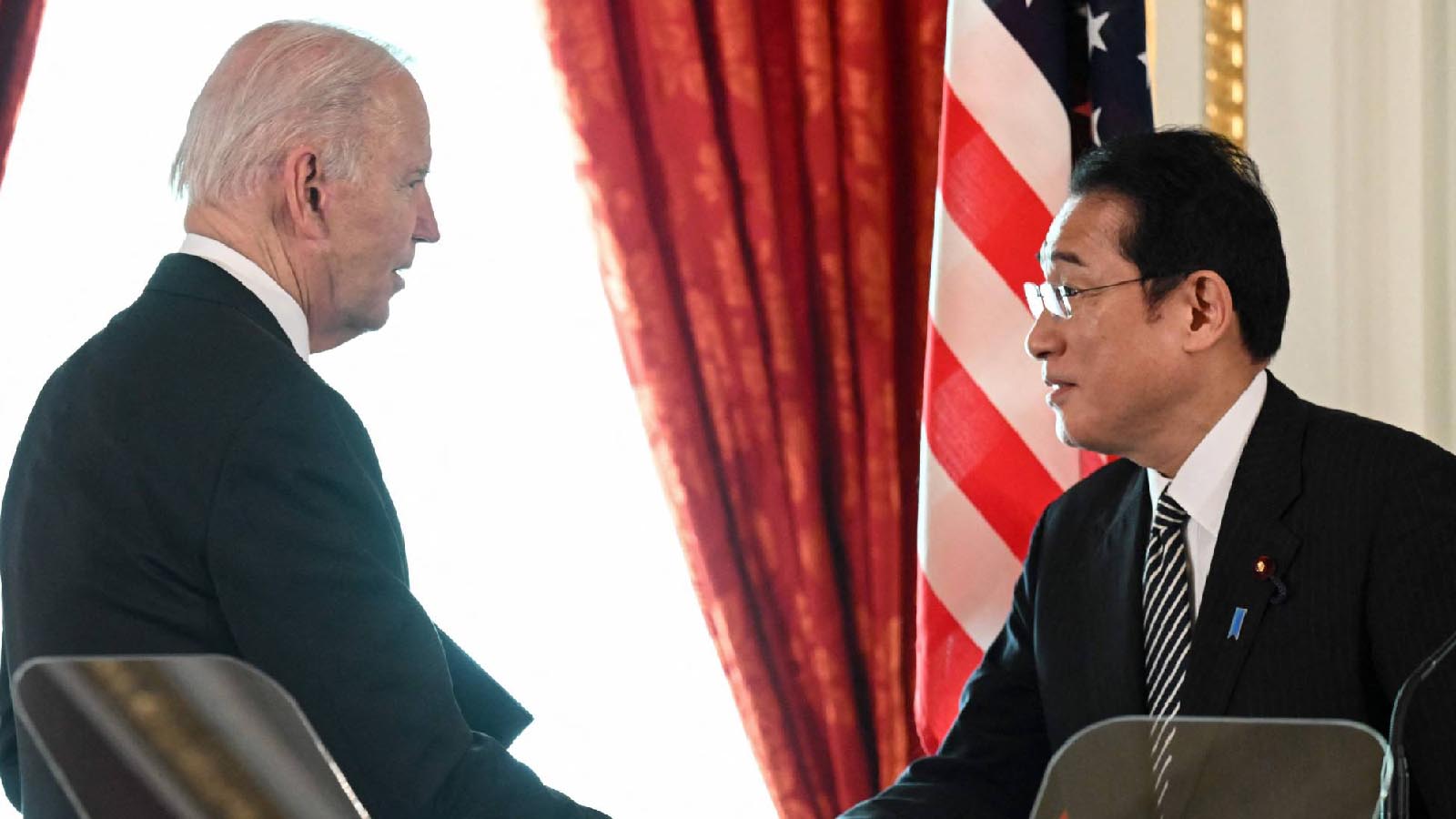 President Joe Biden forced his own White House on Monday to again walk back a false claim of his that Washington has a military “commitment” to defend Taiwan in the event of an invasion, most likely by China.

Biden answered affirmatively to a question about defending Taiwan on Monday during a joint press conference with Japanese Prime Minister Kishida Fumio in Tokyo.

Asked if he would be willing to get involved militarily to defend Taiwan, Biden replied, “Yes. That’s the commitment we made,” citing the Taiwan Act.

Taiwan is a sovereign state governed under a free and democratic system. China falsely claims it as a “province” and regularly threatens violent to bring about “reunification” (Taiwan has never been governed by a regime based in Beijing in its history).

The United States does not recognize Taiwan as a state, a concession to China granted by former President Jimmy Carter.

The Taiwan Act allows Washington to establish “relations” with Taipei separately from Beijing and allows the United States “to provide Taiwan with arms of a defensive character,” but does not make a military commitment to defend Taiwan’s independence. No military treaty exists between Taiwan and America.

The White House soon issued a statement to the media reassuring the world once again that Biden’s remarks did not create a new military commitment for America.

“As the President said, our policy has not changed. He reiterated our One China policy and our commitment to peace and stability across the Taiwan Strait.

He also reiterated our commitment under the Taiwan Relations Act to provide Taiwan with the military means to defend itself,” the official said.

“One China” is a phrase used to mean several different policies. In the United States, it is used to mean the policy of not recognizing Taiwan as a sovereign state and maintaining diplomatic relations with Communist China. China used the term “One China principle” to mean that Taiwan is a province of China, which is a far broader interpretation than America’s.

Taiwan uses the term “One China” to mean that it – the Republic of China – is the only legitimate Chinese state in the world and the communist People’s Republic in Beijing is a political aberration.

This is not the first time that Biden has seemingly fabricated a military commitment to defend Taiwan. In November, Biden was forced to clarify his comments after he said that Taiwan was “independent” from China.

“We are not encouraging independence,” Biden said, repeatedly saying that “nothing” would happen on the issue of Taiwan.

In October, the White House also walked back his rhetoric on Taiwan after he said the United States would act to defend Taiwan if China invaded.

“Yes, we have a commitment to do that,” he said, in a remark nearly identical to Monday’s.

White House press secretary Jen Psaki reassured reporters at the time that Biden did not mean to signal a change in policy.