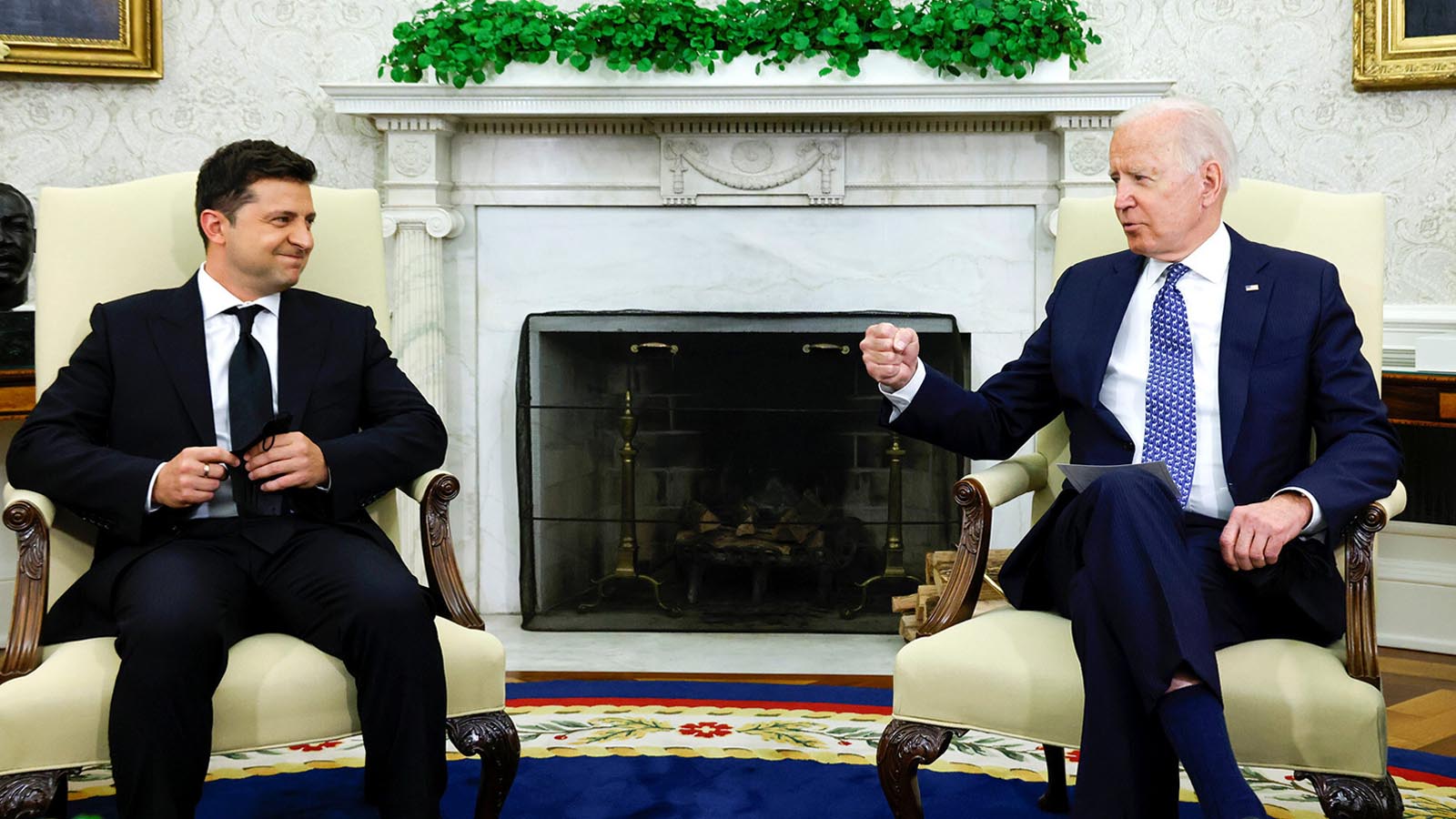 President Joe Biden and Ukrainian President Volodymyr Zelensky will meet at the White House Wednesday, a visit that comes as the United States prepares to provide Kyiv with substantial new support and weapons.

Biden and Zelensky will discuss battlefield strategy in depth, sanctions the U.S. has levied on Russia’s industrial base and other sectors, and humanitarian aid to Ukraine, the White House said.

A senior administration official said the visit was “about sending a message to Russian President Vladimir Putin” but said the two leaders would also discuss “the question of where the war goes from here.”

The meeting is about sending “a message of resolve, a message of conviction, that we are doing the right thing here, and it’s a message of support” as Ukraine heads deeper into winter, he added.

The White House said Biden would announce U.S. plans to provide Ukraine with a Patriot missile battery and training to operate the weapon, as well $45 billion in more funding.

The visit is about “having the opportunity for them to sit down together” and for Zelensky to thank both parties and Americans, the official said. “The president is not coming with a message that is about pushing or prodding or probing Zelensky in any way.”

He added that Zelensky was “keen” to thank Americans for their support in the war.

The two leaders discussed the prospect of a visit on the phone on Dec. 11. Last Wednesday, Biden extended Zelensky an invitation to sit down with the president’s National Security Council, address the press, and a joint session of lawmakers on Capitol Hill.

Wednesday will mark 300 days since the start of the invasion.

“Three hundred days ago, Russia launched a brutal assault against Ukraine,” Jean-Pierre said. “In response, President Biden rallied the world to support the people of Ukraine as they defend their sovereignty and territorial integrity.”

Washington has helped direct the support of more than 50 countries to Ukraine throughout the conflict. The Biden administration expects “broad, deep, and bipartisan” support for U.S. backing in the war to continue, the official said.

Zelensky will also visit Capitol Hill to address a joint meeting of Congress in the House chamber. The Ukrainian leader will return home a few short hours later.

Earlier in the day, House Speaker Nancy Pelosi (D-CA) instructed all House members to be present at the Capitol in person for what she called a “very special session.”

The closely guarded trip comes nearly a year into the war in Ukraine.