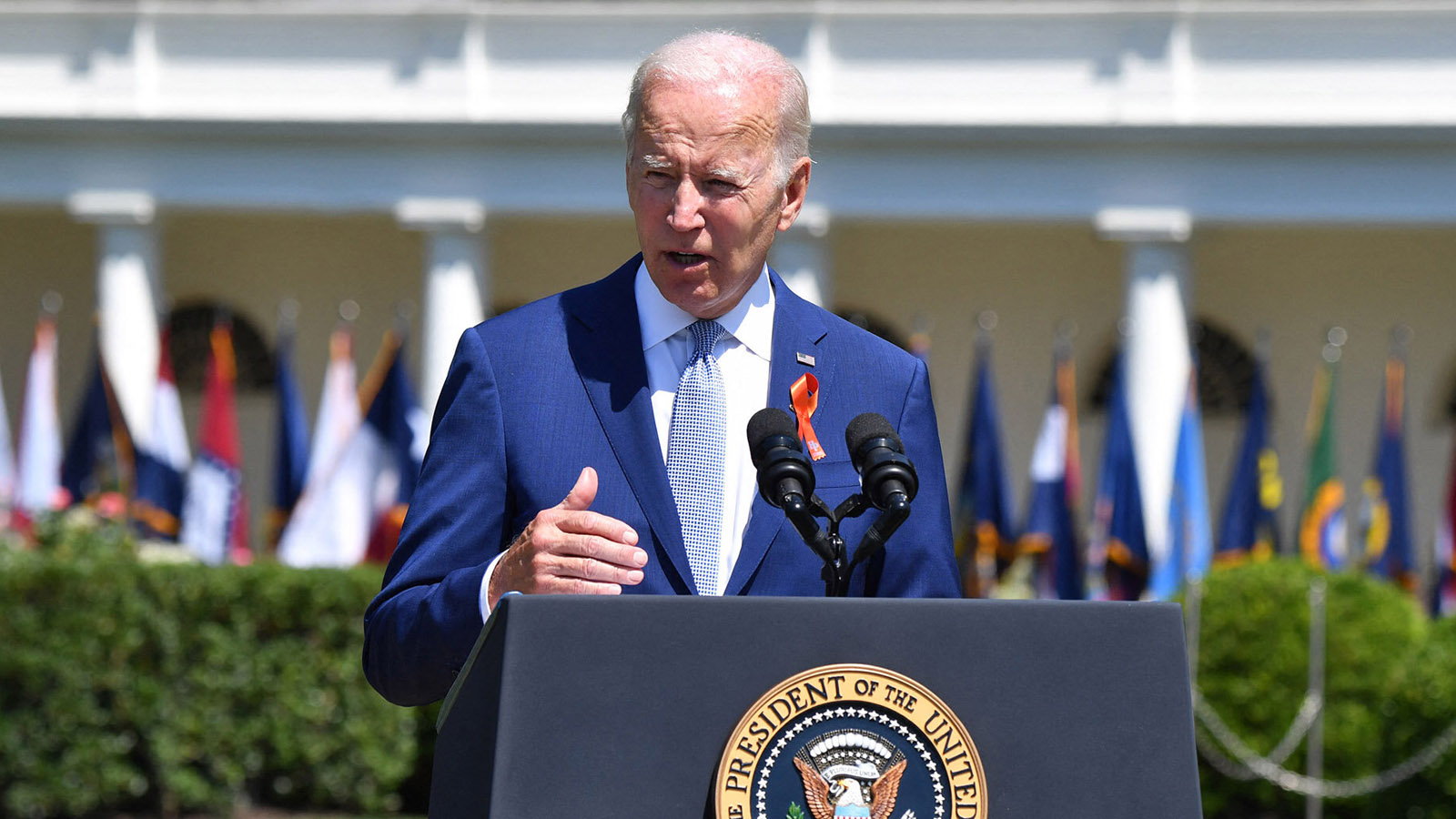 President Biden confused his centuries on Monday, saying that 17 people were gunned down at a Parkland, Fla., high school in “1918,” rather than 2018.

“Marjory Stoneman Douglas High School in Parkland, Florida — 1918, 17 dead, 17 injured,” the oldest-ever US president said on the White House lawn as he celebrated a gun-policy law that he signed last month to enhance background checks on young would-be firearm buyers, among other reforms.

Biden botched the date about three minutes after he was heckled by gun control advocate Manuel Oliver, whose 17-year-old son Joaquin was killed in the Parkland massacre. Oliver urged Biden to create an in-house gun control office.

Biden, who turns 80 Nov. 20, frequently commits gaffes, recounts false memories or displays imprecise pronunciation. He has attributed some of the errors to a stutter he overcame in childhood, but the mistakes routinely invite questions about his fitness for office, especially from Republicans.

Last month, Biden struggled to read “LGBTQI+” from a teleprompter, saying instead, “LGBTQL, I, excuse me, plus.” In May, he also struggled to say AANHPI — a term for people of Asian or Pacific Islander ancestry that includes Native Hawaiians — and instead said, “AAN- — NH — PI — aye, aye, aye, aye, aye.”

On Friday, Tesla and SpaceX CEO Elon Musk tweeted, “Whoever controls the teleprompter is the real President!” shortly after Biden said during scripted remarks, “repeat the line” — which the White House denied was an accidental reading of stage notes.

At least four times, Biden has referred to Kamala Harris, his vice president, as “President Harris.”

Some of Biden’s misstatements are more substantial than possibly misreading a prompter.

Since taking office, Biden has told at least seven times a chronologically impossible tale involving a former Amtrak conductor to underscore his love of passenger rail.

In September of last year, the president said that he remembered “spending time at” and “going to” the Tree of Life synagogue in Pittsburgh after the murder of 11 people in 2018. The synagogue said he never visited and the White House later said he was thinking about a 2019 phone call to the synagogue’s rabbi.

Also in September, Biden told an Idaho audience that his “first job offer” came from local lumber and wood products business Boise Cascade. The company said it was news to them and Biden had not previously described an interest in moving to the state.

In January, Biden told students of historically black colleges in Atlanta that he was arrested during civil rights protests — for which there also is no evidence.

And in May, Biden said at the Naval Academy’s graduation ceremony that he was appointed to the military school in 1965 by the late Sen. J. Caleb Boggs (R-Del.). A search of Boggs’ archives failed to turn up evidence to support that claim.

Biden’s detractors often accuse him of being in mental decline as Democrats increasingly express doubts about whether he should seek reelection.

A New York Times poll released Monday found Biden has a 33% approval rating, with 64% of Democrats preferring a different candidate in 2024.

But Biden also has stumbled with gaffes for years. He had to apologize to Jewish people in 2014 for using the term “Shylocks” and drew fire from Asians for referring to “the Orient.”

Biden outraged African-Americans in 2020 by telling a radio host that voters “ain’t black” if they didn’t vote for him over Donald Trump. He compounded the offense by asking a black reporter if he was a “junkie” and claiming that Hispanics were more “diverse” in thinking about policy than blacks.

Biden in 2020 also claimed he “had the great honor of being arrested” in South Africa when he was “trying to get to see [Nelson Mandela] on Robbens [sic] Island,” where Mandela was in prison until 1990. He even claimed Mandela thanked him for it, but later admitted that the whole story was untrue.